Ikokwu4: Police says they are embarrassed as new autopsy report counters its claim of Chima dying as a result of ‘high sugar level’ and not torture 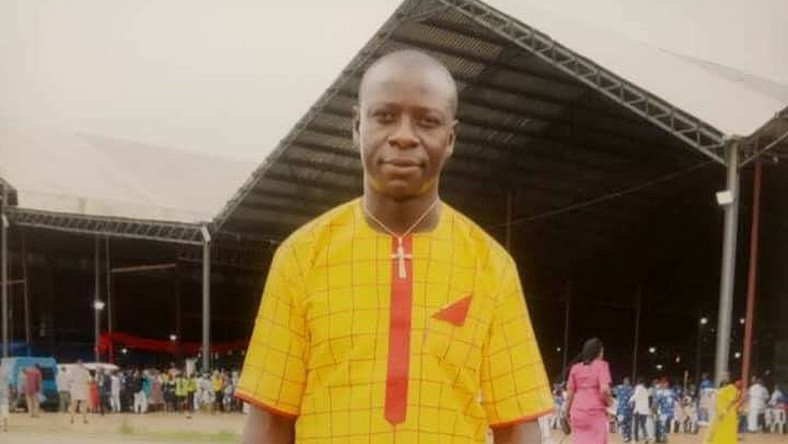 The Rivers State Police Command has stated that it is embarassed after a new autopsy conducted on the body of Chima Ikwunado countered its earlier claim of the late mechanic dying as a result of ‘high sugar level’.  Recall that it is speculated that the deceased was tortured to death four days after he was arrested alongside four of his friends by personnel of the Eagle Crack team at the Mile One Police Division in Rivers State on December 23, 2019.  Dr Stevens Musa, the pathologist hired by the family of the deceased countered the police’s claim after making public his findings. He said no dissection was made on the body of the deceased, contrary to the police’s claim of carrying out an autopsy and finding out that Chima died as a result of high sugar level. Musa added that they will be releasing a comprehensive report after 10 days.  “The body that I examined with the observer pathologist showed no dissection that would suggest an autopsy to me.“We have conducted the autopsy; we have done both internal and external examination and we have seen the pathologic evidence from the body that would help us to conclude the cause of death.“We took some tissue samples that we will analyse to confirm the findings under microscopic examination. The pictures taken during the autopsy, the autopsy result with the death certificate would be communicated through the right channel.“We are hopeful that in less than 10 days, this report will be handed over; two weeks maximum. We want you to be patient; you have been patient already and have shown a lot of strength.” Commenting on the findings made public by the pathologist, Rivers State Police Spokesperson Nnamdi Omoni said the statement it issued earlier on the death of the late mechanic was based of the story the E-Crack commander, SP Benson Adetuyi gave after being interrogated.  He said the E-Crack commander who has already been deployed, brought in an autopsy report allegedly signed by one Dr Obi to back his claim of the deceased dying as a result of high sugar level.  Omoni stated that they are startled that Adetuyi could lie to the Commissioner of Police and Force Headquarters in that manner. The police spokesperson said;  “When this incident happened we called SP Benson Adetuyi as the video went viral and asked him what happened he said they were investigating a case of armed robbery, that they were intercepted, taken to the station and that they were interrogated and detained. That in the cell during interrogation Chima eventually died and was taken to the hospital, and that it was revealed that he died of high sugar level. I am quoting him. So, based on that when I was interviewed on Radio I quoted him, when the CP summoned him he told the CP the same thing, when the Force PRO Called him and the team to Abuja he told them same thing so we were startled when autopsy was conducted the other day we were thrown aback.‘’So in that my statement I equally said we were not contending with or relying 100% on what he told us, that CP has ordered full scale investigation into the matter. So the revelations we are getting today is as a result of the investigation that was instituted by the Commissioner of Police through men of the state CID. It is still the same Police that revealed there was no autopsy. If we wanted to cover our tracks we would have done that but because we are transparent and the report from the pathologist is still from the Police Doctor. And the officers involved in this dastardly act were being detained when it was being confirmed that the late Chima died out of torture. That is murder and we would deal with them appropriately.‘’For the commander himself he has been redeployed. All hands are on deck to ensure that justice is served in this matter. “The CP has promised to address the press as soon as the autopsy report is out because that would be captured in our investigation report, and based on our report, CP would now tell the world what happened.’’The post Ikokwu4: Police says they are embarrassed as new autopsy report counters its claim of Chima dying as a result of ‘high sugar level’ and not torture appeared first on Linda Ikeji Blog.