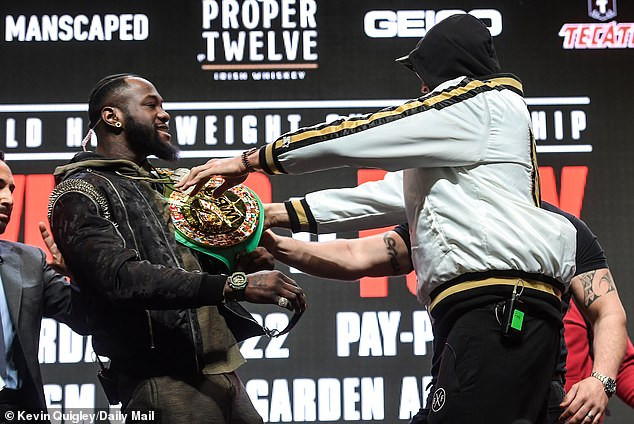 Ahead of Tyson Fury and Deontay Wilder’s blockbuster rematch on Saturday with the Lineal Heavyweight champion, Ring magazine and WBC belts on the line, both fighters showed how much ”dislike” they had for each other as they both shoved and insulted each other on Wednesday night in Las Vegas while Wilder gave Fury a nasty reminder of his drug addiction past life. 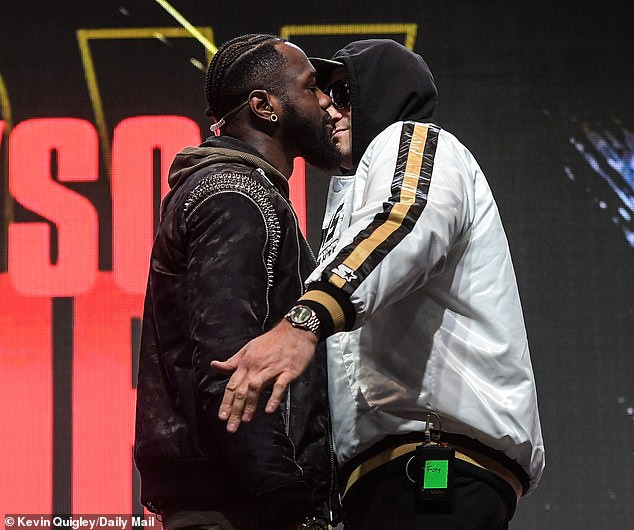 Fury and Wilder fought to an unceremonious draw in December 2018, barely months after Fury had come back from mental health issues and a life addicted to cocaine and alcohol. Wilder during the Wednesday night’s media briefing between both fighters before the fight this weekend, went back in time and said he put food on Fury’s table by giving him an opportunity to fight again after coming back from drugs.Both fighters who were ordered not to raise their hands above their waist level or face being sanctioned, couldn’t control themselves as they shoved and insulted each other severally before security had to come and separate them. 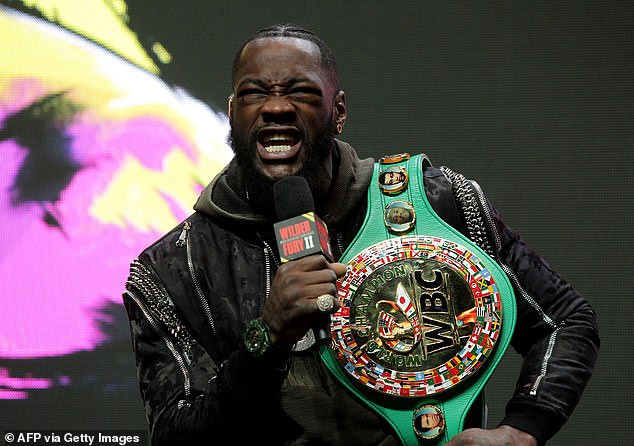 ‘When I found you, you were strung out on coke (cocaine),’ Wilder said as both fighters sat down for the interview.’You were contemplating suicide. So don’t you ever tell me you brought me to big-time boxing. I brought you to big-time boxing.’  ”I rehabilitated him back.” 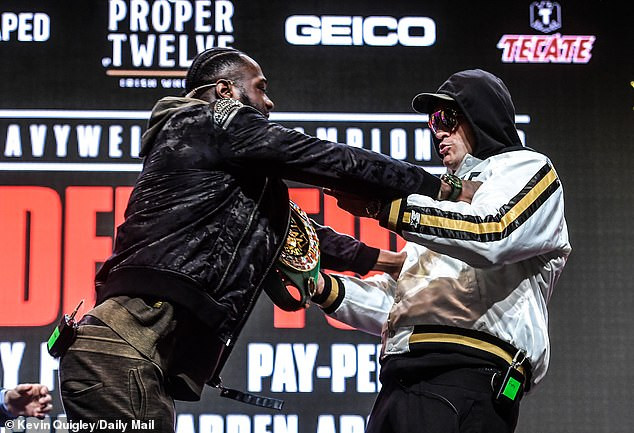 “I brought you back, put food on your table,” Wilder said.”And I’m doing it for a second time,” he continued. “Don’t you forget that. Wilder, the WBC heavyweight champion, also blasted Fury’s claim that he will switch from his usual technical style and go for a knock out.Wilder said: ‘Under pressure everyone reverts to what they know. And that big knockdown in the last round has been in his head for 14 months.’He couldn’t remember going down or getting up. It was just a miracle. Hallelujah. Thank you Jesus.’But now he’s got to hug the bear again. And you don’t change things if you don’t think it’s broke.’It’s not his style to come forward. Certainly not against a fighter as dangerous as me.’ Fury in response said:”He is spouting rubbish saying he gave me an opportunity,” Fury responded after Wilder’s tirade.”I gave him the biggest payday of his life, brought him to Las Vegas and this is how he thanks me. He has a lot of appreciation for someone who put millions in his account.”I will put you into permanent retirement, don’t you worry about that.”This is a big act for him. He is nervous underneath, I can see his heart beating through his jumper, he is terrified and he is getting knocked out.”‘I’m not bothered about the judges. I’ve no objection to the American officials. They’re very experienced and top quality. I’d not even asked who they were going to appoint. But I won’t risk putting it in the judges’ hands again.’ Fury suffered a horror cut in his most recent win against Otto Wallin in September, a situation that gives Wilder added hope.”It will be a big factor, not for me but him,” Wilder said. “That’s what he has been thinking about. There’s been nervous energy through his camp, secrets they have covered up.” Fury replied;”I’m going to see if he is getting up off the floor, I don’t think he has the bottle,” said Fury.”What helps me take confidence is I have never lost a dog fight ever.”In round 12 last time when I went at him, he couldn’t contain me. If I do that from round one he will be gassed out by round five.”Watch the videos below   The post ‘When I found you, you were strung out on cocaine and contemplated suicide’ – Deontay Wilder attacks Tyson Fury’s past life as both fighters insult and shove each other (videos) appeared first on Linda Ikeji Blog.