You must kill me too- father of Remo stars footballer, Kazeem Tiyamu grabs SARS officer over the death of his son (video) 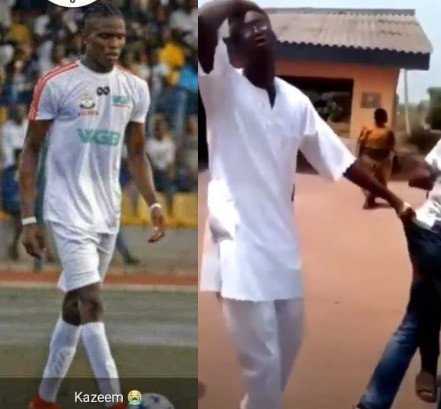