Harvard University student seeks $1.7 Million as damages for being blocked by Ugandan President on Twitter, says he suffered mental anguish 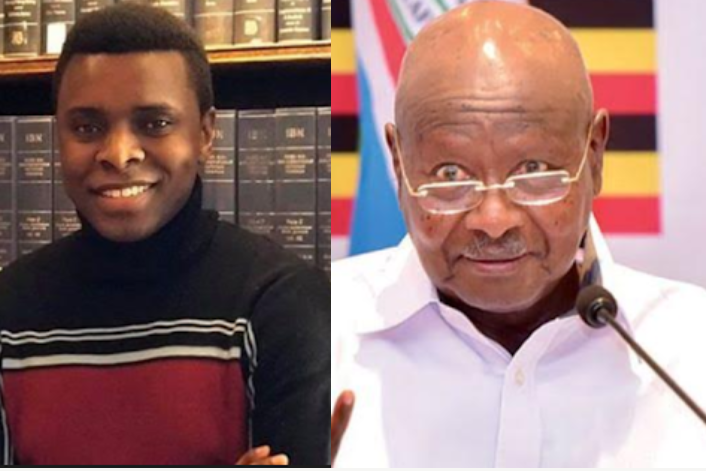 Harvard University student, Hillary Innocent Seguya Taylor is seeking Shs6 billion (US$1.7 Million) as damages for being blocked by President Museveni on his Twitter handle. President Museveni was sued alongside government spokesperson, Mr Ofwono Opondo and the police’s Chief Political Commissar, AIGP Asan Kasingye whom he also accuses of blocking him from accessing their Twitter accounts. Read previous report: HERE High Court presided over by Justice Andrew Bashaija on Thursday, February 27,  heard that Mr Hillary Innocent Seguya Taylor pursuing a Masters in International Relations degree at the Harvard University in the United States of America (USA) has suffered ”mental anguish to which he seeks general damages for being inconvenienced.” Mr Seguya, through his appointed lawyer, Mr Male Mabirizi, claims that his right to be heard were violated as no notice or reason was given to him before he was blocked by the three government officials.“The respondents have in defence in this case as Twitter channels are used to disseminate public information which every Ugandan national has a right to know what is going on in the country. The respondents should then be ordered to unblock the applicant,” Mr Mabirizi submitted in court on Thursday. Court also heard from Mr Mabzirizi that President Donald Trump who had blocked some people on his Twitter account on grounds of privacy was ordered by court to unblock them since it is a platform he uses to disseminate information for public consumption and therefore, the High Court in Uganda ought to adopt the same. Mr Mabirizi further asked court to consider AIGP Kasingye’s January 25, 2020 decision to unblock Mr Seguya as a clear indicator that what the trio did was illegal. However in his defence, Mr Kasingye had contended that although he uses his account for sharing family related information, football, religion, jokes and at times police related issues, it’s at a personal level like any other Ugandan citizen. Justice Bashaija subsequently set May 20 when he would deliver his ruling in the case. Mr Seguya in his main application explained that as a citizen who is living abroad, he is only capable of getting information relating to his country’s governance and to communicate to the respective officers including the fountain of honor through their respective Twitter handles. He claimed that before being blocked, he would use the same social media platform to communicate his views, dismays and suggestions to the respective officers. According to court documents, Mr Seguya presented to court, evidence of 27 Tweets in which the President Tweets and communicates the official government positions about the work done by his office. Taking to his social media accounts on Friday , Hillary Taylor said:”Social media platforms especially Twitter offer perhaps the most powerful mechanisms available to a private citizen to make his or her voice heard. It permits citizens to engage with their public servants or elected representatives in a direct manner.#unblockHillaryTaylorVI”