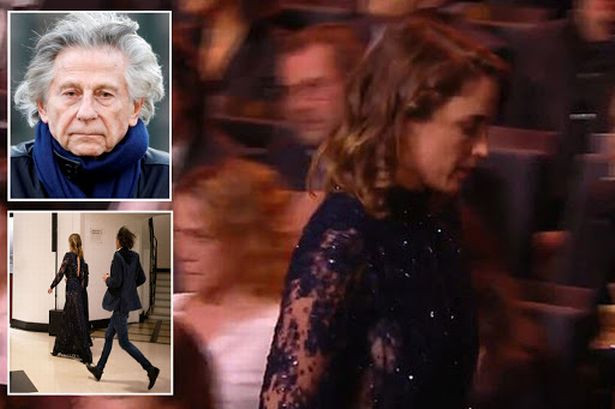 Several actresses walked out of the Cesar awards in protest after filmmaker, Roman Polanski, won best director for his movie, ‘An Officer and A Spy.’  The French-Polish film director, 86, is currently facing a series of rape accusations, which he has repeatedly denied. In the late 1970s, Polansk fled the United States before he was sentenced after admitting raping a 13-year-old girl.  At the ceremony which took place in Paris on Friday night amid protests by women’s rights activists, Polanski, who received 12 nominations was awarded in his absence, the best director award for his latest film, ‘An Officer and a Spy.’ He reportedly skipped the Cesar awards ceremony because of protests by women’s groups denouncing the12 nominations ‘An Officer and a Spy’ received after a French woman brought a new rape accusation against him. As he was announced the winner of the award, boos emerged from the audience before actress Adele Haenel, who recently alleged she had been sexually assaulted from the age of 12 to 15 by another French director in the early 2000s, got up and walked out of the room, followed by others. A l’annonce du César de la Meilleure Réalisation pour Roman Polanski (“J’accuse”), Adèle Haenel quitte la salle.Le meilleur des #César2020 > https://t.co/ipnVwouBeV pic.twitter.com/7xa0CTbU3H— CANAL+ (@canalplus) February 28, 2020 ‘Distinguishing Polanski is spitting in the face of all victims. It means raping women isn’t that bad,’ Haenel told the New York Times earlier this week. The film’s cast and production team, including best actor nominee Jean Dujardin, did not attend the ceremony  Before the ceremony started, several protesters, carrying signs with phrases such as ‘Victims, we believe you’ and ‘No to impunity’ assembled outside the Salle Pleyel hall. The group chanted, ‘We are here, we are here, even if Polanski doesn’t want to, we are here.’ ‘By supporting the aggressors, by celebrating the aggressors, one does not allow the victims to speak out. Their word is denied,’ Celine Piques of women’s activist group Osez le Feminisme said. 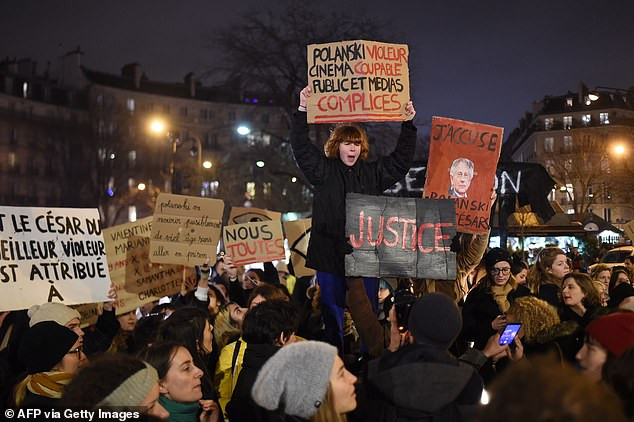 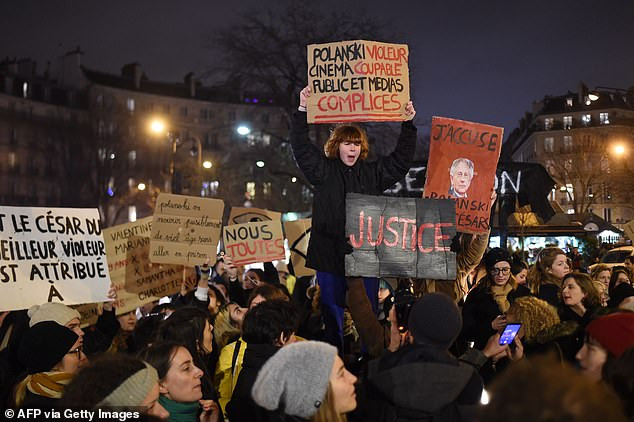