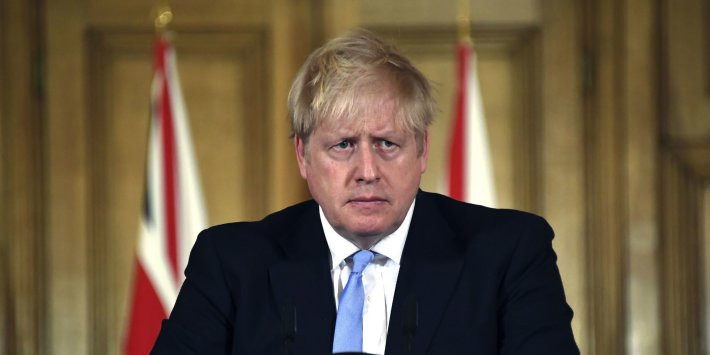 UK Prime Minister Boris Johnson on Monday evening in a live televised address, ordered citizens to stay at home unless it’s for work, as he declared the fight against Coronavirus “a national emergency” – He also stated that anyone found breaking the rules will be fined at least £30 – and up to £1,000 if they fail to self-isolate.Johnson was angry that a lot of Brits were disobeying government advice by going to pubs and public places despite the thousands that have been infected and hundreds killed by the virus. The announcement from Johnson comes after it was revealed that 46 more people had been killed by the virus in the past 24 hours, taking the death toll to 303.Boris speaking from No10, branded coronavirus as “the biggest threat this country has faced for decades”. Boris said: “Without a huge national effort to halt the growth of this virus, there will come a moment when no health service in the world could possibly cope; because there won’t be enough ventilators, enough intensive care beds, enough doctors and nurses.“So it’s vital to slow the spread of the disease.“From this evening I must give the British people a very simple instruction – you must stay at home. Because the critical thing we must do is stop the disease spreading between households.’ According to Johnson, all Brits will only be allowed to leave home from now onwards for four reasons:-Travel to work-Shopping for basic necessities, but as infrequently as possible-Taking one form of exercise a day, alone or with members of your household, such as walking, running or cycling-Going to a medical appointment or providing care to a vulnerable person. All gatherings of more than two people in public were forbidden – meaning a ban on all social events, including weddings and baptisms. Tens of thousands of non-essential shops were ordered to close. Communal play and exercise areas inside parks will also be shut down, but not parks themselves. Places of worship such as churches and mosques must also shut, except to host for funeralsAnd travel on roads, trains and buses was also banned, unless it’s essential to get to work.The post ‘You must stay at home’ – UK PM Boris Johnson puts UK on lockdown and lists the only four reasons Brits are allowed to leave their homes appeared first on Linda Ikeji Blog.