Governor El-Rufai’s wife, Hadiza admits her son Bello threatened Twitter user with sexual abuse after being called out for supporting him 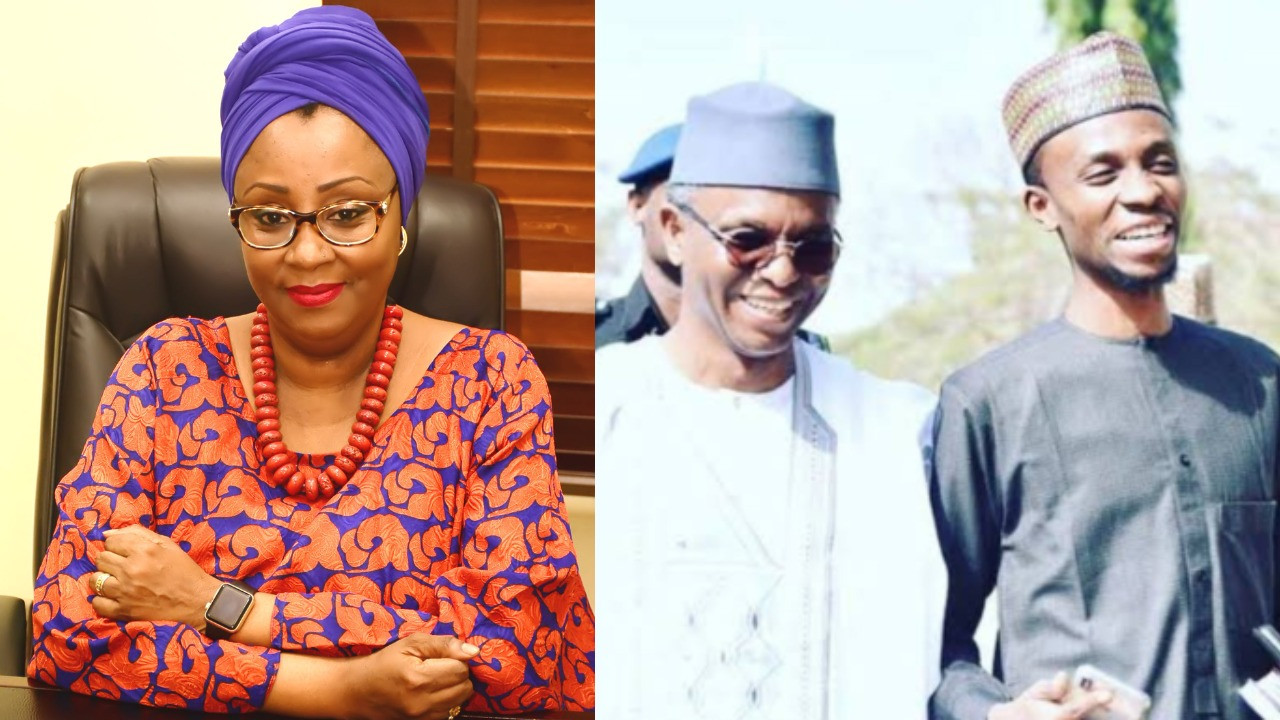 Governor Nasir El-Rufai’s wife, Hadiza has finally admitted that her son Bello threatened a Twitter user with sexual abuse after being called out yesterday for supporting her son in his rants.  Recall LIB reported earlier that Bello who lashed out at some Twitter users with comments many considered as ethnic slurs, also threatened to pass on a Twitter user’s mother to his friends in a heated exchange yesterday.  Hadiza who commented on the tweet, defended her son by stating that her belief is “respect everyone but take no shit from anyone”. She also insisted that she never saw threats of rape in Bello’s tweet.  Following the outrage her tweet which many considered as support for her son incited, she has now shared a rejoinder tweet. Hadiza stated that she thought it was the usual Twitter “gbas gbos” till she read Bello’s tweets chronologically.  The Kaduna State First Lady also revealed that she has had a conversation with Bello, as no one should employ sexual abuse as an ammunition in public/private exchanges, no matter the provocation. She tweeted;  When I posted the tweet below, I assumed it was just the usual Twitter gbas-gbos. Having read the tweets chronologically, I have had conversations with Bello. Never ever should sexual abuse be employed as ammunition in public/ private exchanges, no matter the provocation. 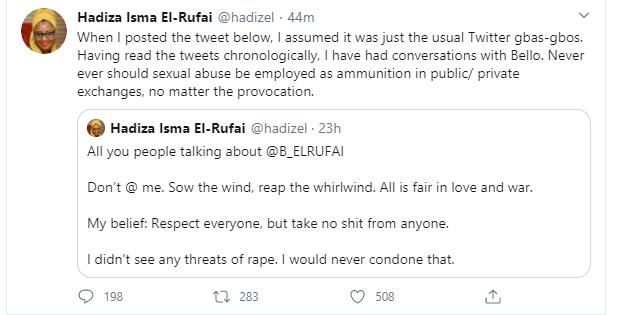 The post Governor El-Rufai’s wife, Hadiza admits her son Bello threatened Twitter user with sexual abuse after being called out for supporting him appeared first on Linda Ikeji Blog.