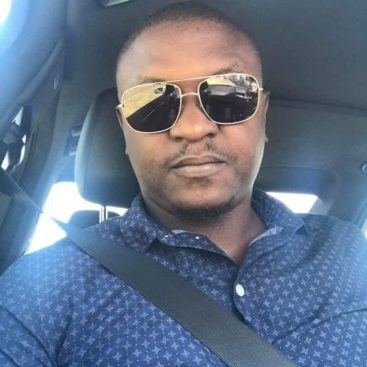 A Facebook user, Akinloye Saheed, has been arraigned before a Magistrate Court in Osogbo, Osun State for taking to social media to accuse the state government of importing the novel Coronavirus into the state so as to get funds from the federal government.  Akinloye was arrested over what has been described as fake news and was arraigned in court today April 14. 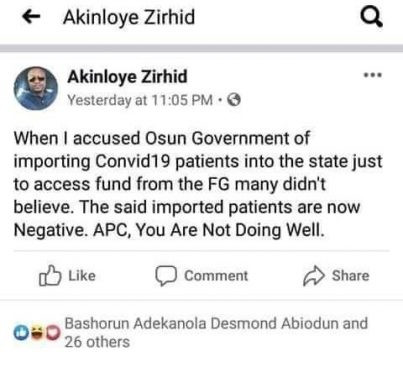 While arraigning him before the court, the police prosecutor, John ldoko, quoted the accused person to have written thus:“When I accused Osun Government of importing COVID-19 patients into the state just to access fund from the FG many didn’t believe. The said imported patients are now Negative. APC, You Are Not Doing Well.”  The police prosecutor told the court that the action of the accused person was in contravention with COVID-19 Laws of Osun State 2020 and thereby committed an offense contrary to and punishable under section 61 of the Criminal code Cap 34 Vol. II Laws of Osun State of Nigeria, 2002. After the arraignment, the state counsel, Dapo Adeniji told the court that the state government was interested in the matter and thereafter applied to take over the case. His first action after taking over the case was to oppose the bail application made for the accused person by his counsel, Bamidele Ajibade. In his ruling, the presiding magistrate, Olusegun Ayilara, dismissed Akinloye’s bail application on grounds that it was poorly done.  He thereafter ordered the remand of the accused person in a custodial centre and adjourned the case to May 13th. Osun recorded its first case on March 26th. The index case was discharged on April 6th after testing negative twice following recovery.The post Man arraigned in court for accusing Osun govt of importing COVID19 into the state for financial gains on Facebook appeared first on Linda Ikeji Blog.