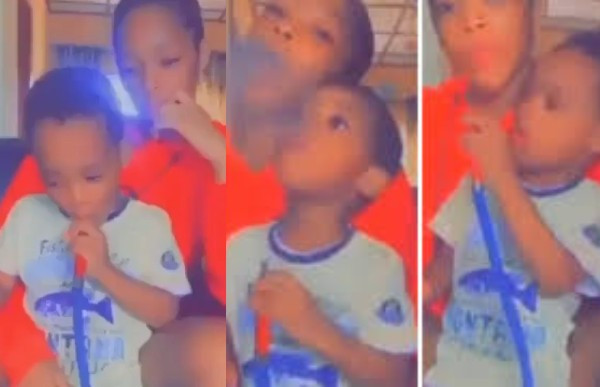 A young Nigerian mother spotted in a viral video encouraging her son to smoke shisha, has been found after a search was initiated online. Actress Mary Lazarus who shared an update on the search, said the lady has been found.      View this post on Instagram         We are just going to leave this hereA post shared by Lindaikejiblog (@lindaikejiblogofficial) on Apr 18, 2020 at 11:12am PDT The young mother claimed she “jokingly” made the video on March 24, but has realized that she made a terrible mistake.  The lady who is expected to undergo counselling and therapy revealed that she lives in Festac, while her son stays with her relatives. Her son has now been taken to a hospital.  Mary Lazarus wrote; The Lady Giving her son shisha to smoke… @amazonmercy Just Found her…..Thank you so much for this great news. @amazonmercy. I have been speaking to her . I have also spoken to her Father and her Mother . But for the #stayhome directive , I would have been there physically. But I’m doing my best on the phone ! .The child is on his way to the hospital . The Lady herself will get necessary help! If you are willing to join me and offer her counseling/ therapy please let me know ! There is plenty background story and by God’s grace she will get all the help she needs right now ! .Thank you all for sharing the video . Thanks to those who gave me leads . God bless you all! 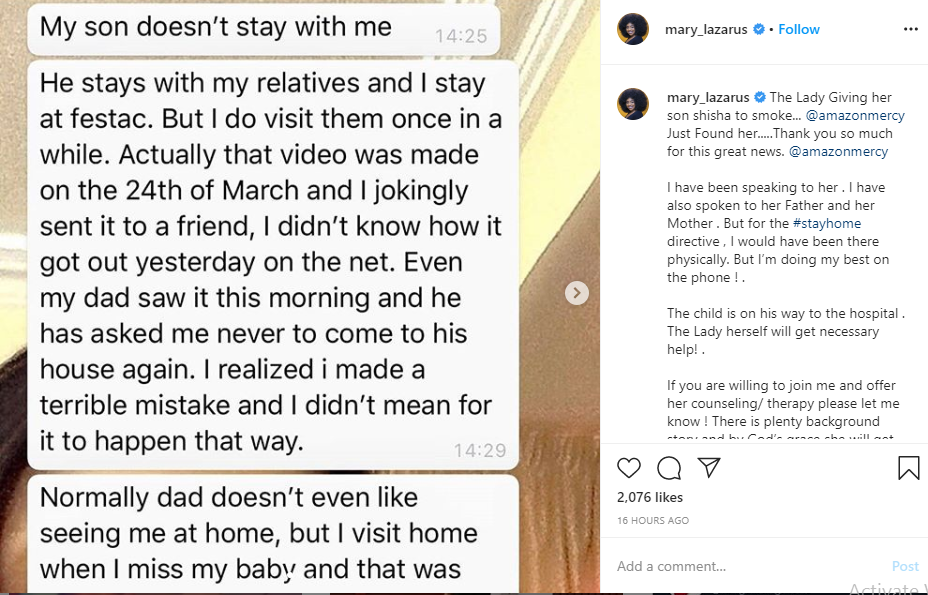 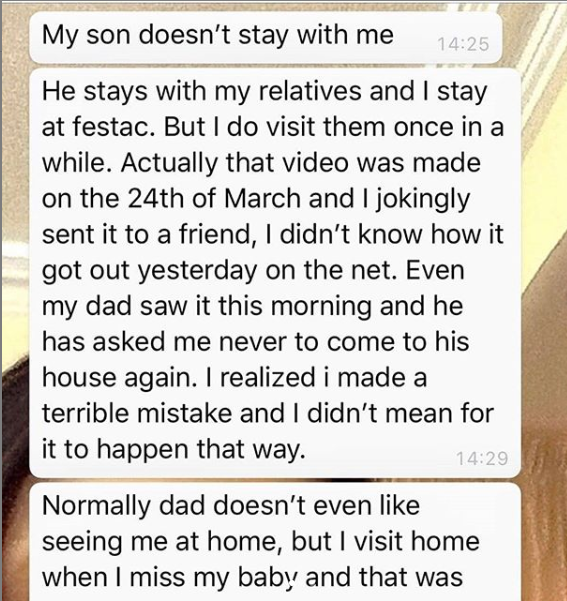 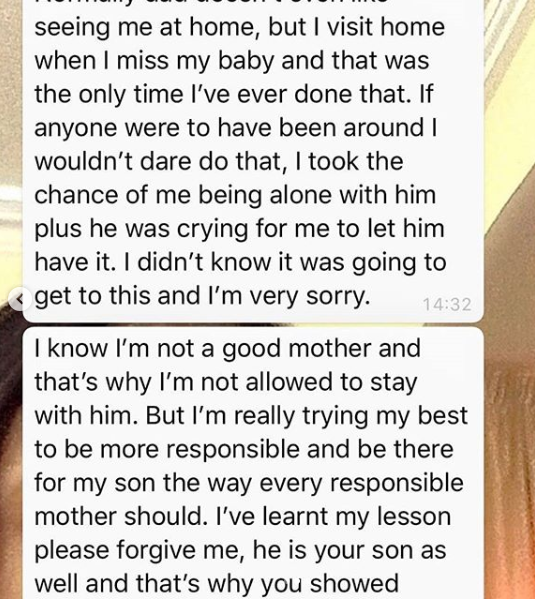 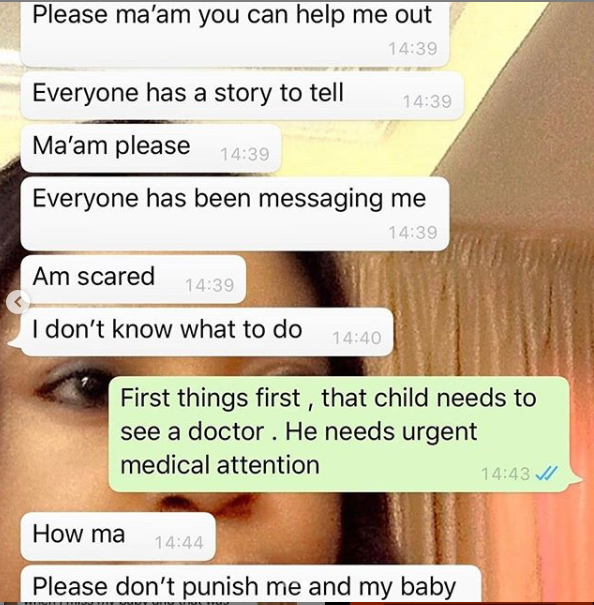 In Nigeria there is a law which prohibits the sale of tobacco products via the internet, single cigarettes and small packets of cigarettes. The law also restricts the sale via vending machines and to persons under the age of 18. However in the last few years, there has been several calls for an intensified restriction on the use of such products by young persons. Exposing children to smoking makes them more susceptible to asthma, allergies, ear infections and eczema (a skin condition). They are also at risk for sudden infant death syndrome (SIDS).The post Nigerian lady who was seen smoking shisha with her little son has been found; says her father has banned her from coming to his house over the video (video) appeared first on Linda Ikeji Blog.