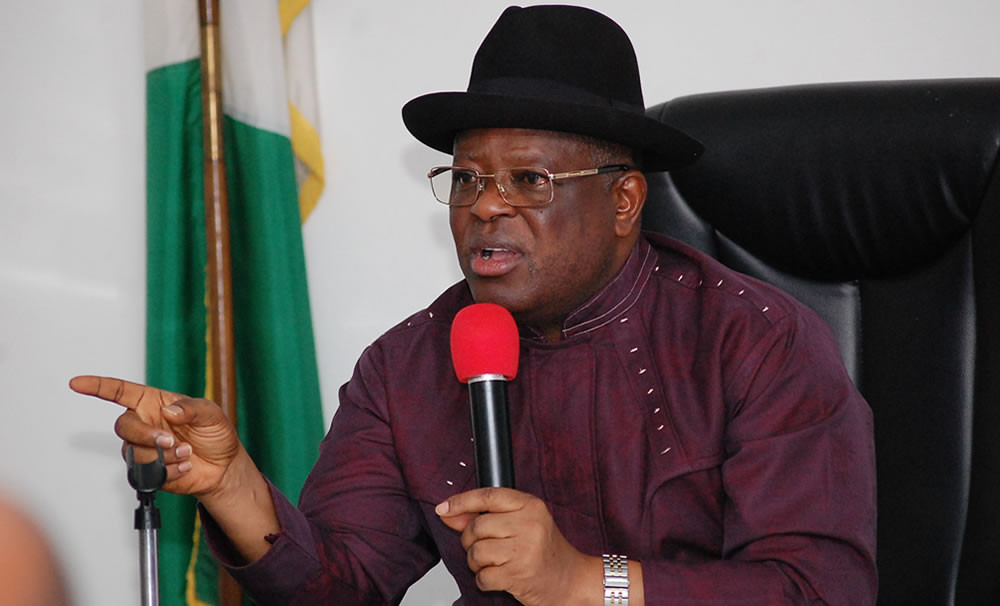 Governor David Umahi has disowned the audio and video recordings on social media where he allegedly banned two newsmen for life for publishing ”false reports.” Recall it was reported earlier that the Ebonyi state Governor allegedly banned State Correspondents of The Sun newspaper Chijioke Agwu, and the Vanguard newspaper’s Peter Okutu, from entering the Government House or any government facility in the state over their report.  The audio and video recordings were described as ‘doctored’ and aimed at misleading the public in a press statement issued by the Special Assistant to the Governor on Media and Publicity, Mr Francis Nweze.  Governor Umahi insisted that the journalists were never embarrassed, intimidated, or harassed to the knowledge of the Governor in any government event as alleged and that the governor never ordered for such. He also maintained that the newsmen raised an alarm and caused panic in the midst of the fight against COVID-19. The statement reads in part;  “The governor never ordered a ban on any journalist from attending state functions.”Having made the above clarifications; I, therefore, call on the general public, NUJ and others concerned to discountenance with the false reports, videos and audio as they are either a figment of the bearers imagination which they brought to bear or a deliberate attempt geared towards smearing the hard-earned good reputation and good media relationship of the governor.“Report Accurately, Stop Causing Panic In Ebonyi With Fake News.”The post Governor Umahi disowns social media video recordings banning newsmen for life in Ebonyi appeared first on Linda Ikeji Blog.