Update: ”I have the right to discipline my son, if you think I was wrong, come and adopt him” – Father who slapped son who failed his exams after paying $21k school fees, tells critics 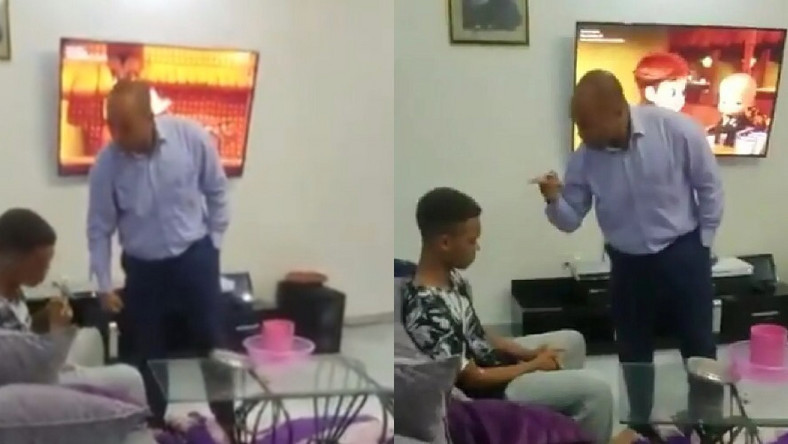 George Mambezi, the Kenyan father who has gone viral for  for beating up his son  who failed to sit for Maths and English exams, scored poorly in other courses and got an ‘A’ grade in music despite spending $21,000 on his school fees, has now responded to the criticism he has been receiving online since the video resurfaced. Mambezi who is reportedly a top staff at a multi-national Telecommunications company in Zambia, responded to ‘human rights activists’ who have been criticising him for ‘disciplining’ his son.

George, in a letter addressed to a Zambian blog, said only he can decide how best to discipline his son as he was brought up in the village and his Christian religion permits him to discipline his child. The man further said that anyone who isn’t happy with the way he treated his son, should come and file papers and adopt the young man and ”see if they will be happy after spending $21,000 on his tutition only to see him singing.” Posting on Facebook, George Mambezi, who has since been called for questioning by Zambian police said; ”I know your page is the most happening and the most popular in Zambia at the moment so I would like to address this issue on your platform for maximum audience.First of all Bambino is my son and I have the right to discipline him, am a staunch Christian and an advocate for human rights.””In as much as I can slap my son, it’s all because of love and me wanting the best for him.I cannot kill him or feed him snakes if he requested for fish. I grew up in the village and am one of the few people that were privileged to acquire a sound education and I would want to pass that legacy to the next generation.””The Bible clearly says spare the rod spoil the child in Proverbs 13:24. I won’t let my child eat ma 2V in the name of human rights therefore if you think I was wrong , go to the relevant authorities and process the adoption papers for him.””Let’s see if you will be happy seeing him walk in the streets singing for K2 like Fly Jay and Lawino after spending $21,000 on tuition.”George Mambezi…. 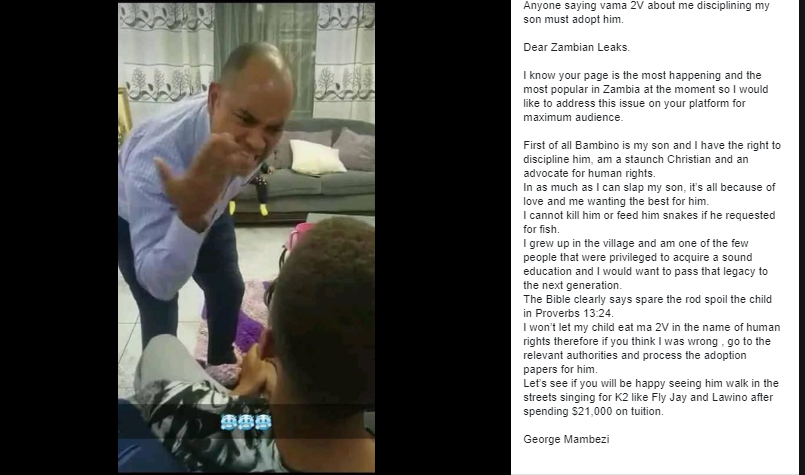 Watch the video below…      View this post on Instagram         beating his son for missing English and Maths Exams but getting an A in music after he paid $21,000 school fees, was published onlineA post shared by Lindaikejiblog (@lindaikejiblogofficial) on Apr 22, 2020 at 11:17pm PDTThe post Update: ”I have the right to discipline my son, if you think I was wrong, come and adopt him” – Father who slapped son who failed his exams after paying $21k school fees, tells critics appeared first on Linda Ikeji Blog.