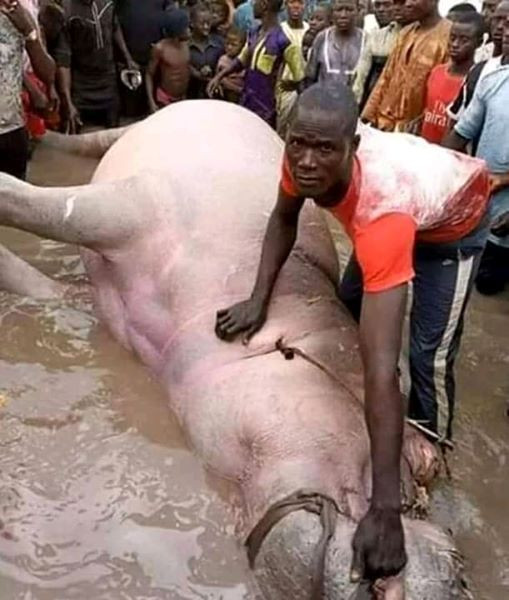 A fisherman identified as Mr. Duobo, caught a huge Hippopotamus in Aku-gbene fishing camp, Southern Ijaw Local Government Area of Bayelsa state, on Wednesday. According to the fisherman, the sea animal has been disturbing farms in the camp for a while now. He described April 29, 2020, as his luckiest day since he started fishing in the camp, as it was the day the Hippopotamus was finally caught by him. Duobo said all fishermen in the camp have set different kinds of traps for the sea animal but each attempt always failed. He said he had set a trap for the Hippopotamus with ropes and bamboo sticks three days ago, and had been monitoring it. He was happy when he realised it had caught the animal. He thanked his Hausa friend Mohammed, a fisherman residing at Polaku community, Yenagoa, for helping him achieve the feat. The post Fisherman catches huge Hippopotamus in Bayelsa (photo) appeared first on Linda Ikeji Blog.