‘Right now the W.H.O is a Pipe organ for China’ – Trump says, after ordering Intelligence agencies to investigate the health body 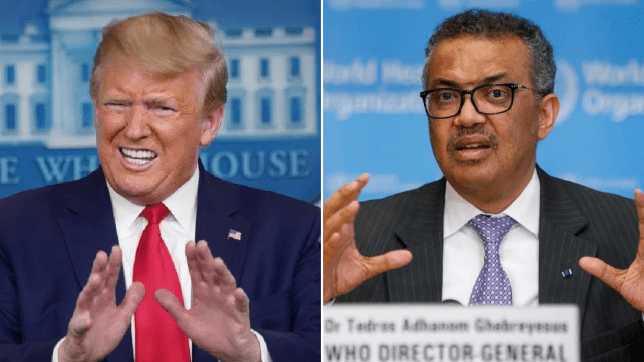 US President, Donald Trump, has continued his criticism of the United Nation’s chief health body, the World Health Organization (WHO), calling the organization a ‘Pipe organ’ for China during the Coronavirus outbreak.Earlier in April, Trump froze payments of close to $500m to the WHO, accusing the health body of working with China to cover up the spread of the virus. Trump has also asked US intelligence agencies to find out if China and the WHO covered up knowledge about the early spread of COVID-19, a disease that has affected 3,207,285 worldwide while 227,369 deaths have been recorded . 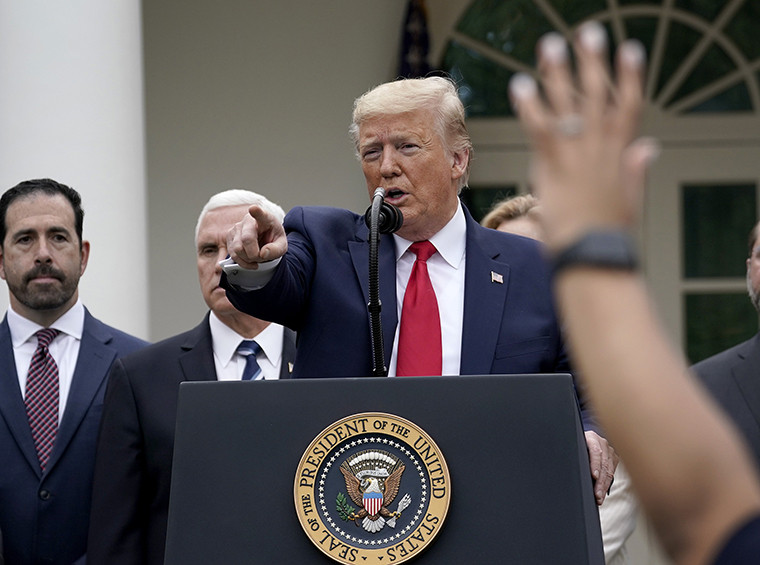 Since the outbreak of the Coronavirus pandemic, Trump and other world leaders have blasted China for its lack of transparency and for hiding the true number of coronavirus cases in China.Trump on Wednesday blasted the WHO and China saying China “misled us,” then he now said the WHO should have been looking out for the interest of the US and other nations of the world rather than China as the US payment to the WHO is about $500 million compared to China’s contribution of around $38 million.“They must have known more than they knew,” he told reporters about the UN agency during a meeting with Louisiana Gov. John Bel Edwards in the Oval Office.“We knew things that they didn’t know, and either they didn’t know they didn’t tell us … right now, they’re literally a pipe organ for China, that’s the way I view it,” the president said.”Despite the difference in payments they seem to work for China, and they should have been in there early on. They should have known what was going on. And they should have been able to stop it,” Trump said. The post ‘Right now the W.H.O is a Pipe organ for China’ – Trump says, after ordering Intelligence agencies to investigate the health body appeared first on Linda Ikeji Blog.