See photos of the missing beautiful soldier the US Army is offering $15,000 reward for information leading to her whereabout 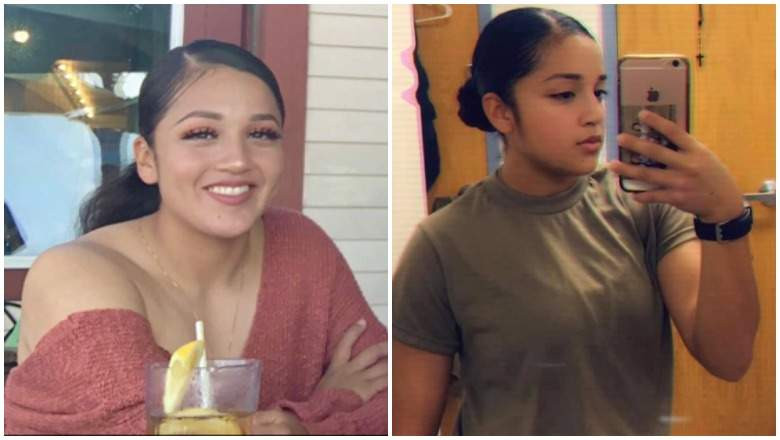 Military authorities in the US are searching for a missing soldier who hasn’t been seen since last week Wednesday and have tabled a $15,000 reward for anyone with useful information that can lead to her whereabout. 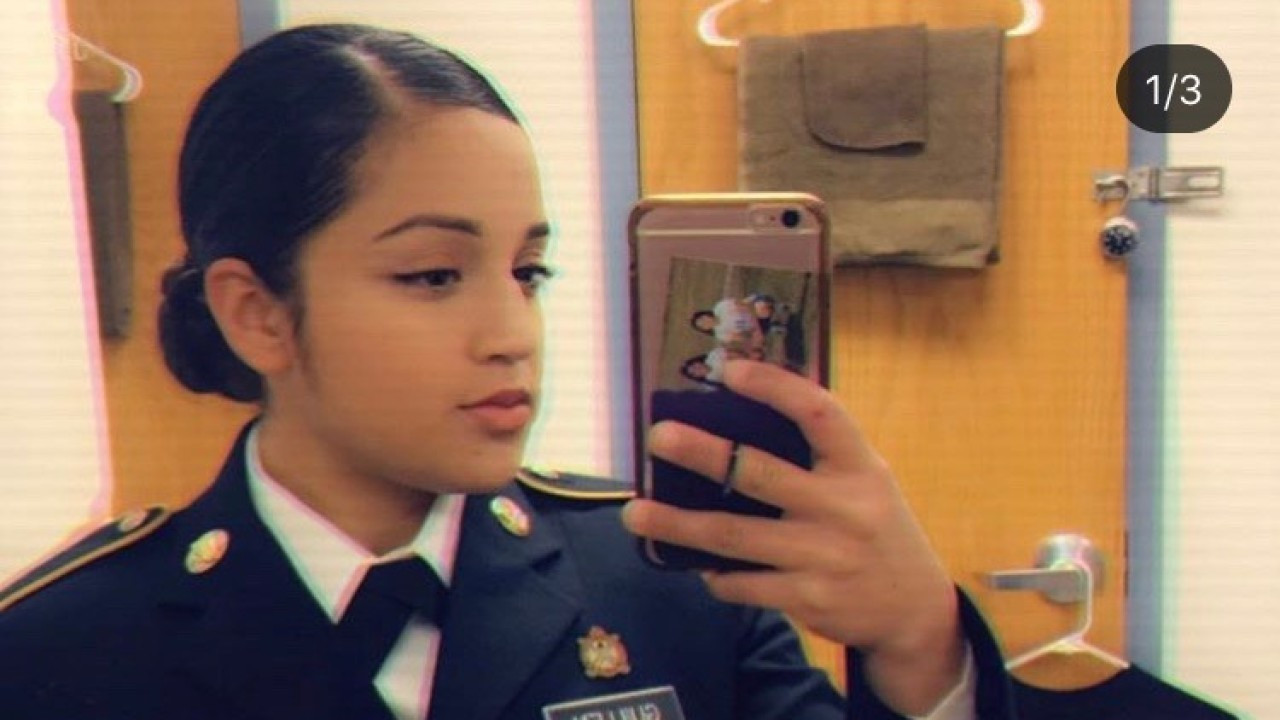 According to a news release from the United States Army Criminal Investigation Command, (CID), the beautiful soldier known as Vanessa Guillen, aged just 20, was last seen in the parking lot of her barracks at the Fort Hood Army post in Texas on April 22 around 1 p.m.   She is described as 5 feet 2 inches, 126 pounds with black hair and brown eyes.Before her disappearance, Guillen was a private first class in the US Army. 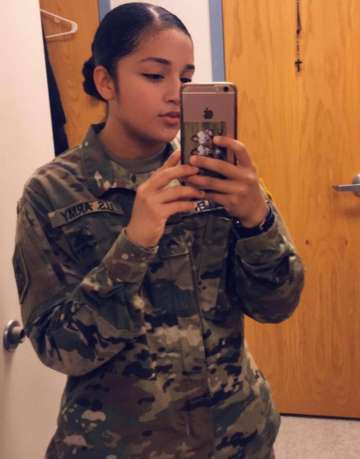 The US Army CID also revealed that keys to her car and room along with her identification card and wallet were found in the armory where she was working earlier in the day and she was last seen wearing a black T-shirt. Military officials at Fort Hood and special agents from the US Army CID are now asking the public for help locating Guillen.”An extensive search is underway by military members, as well as civilian and military police,” the CID press release said. 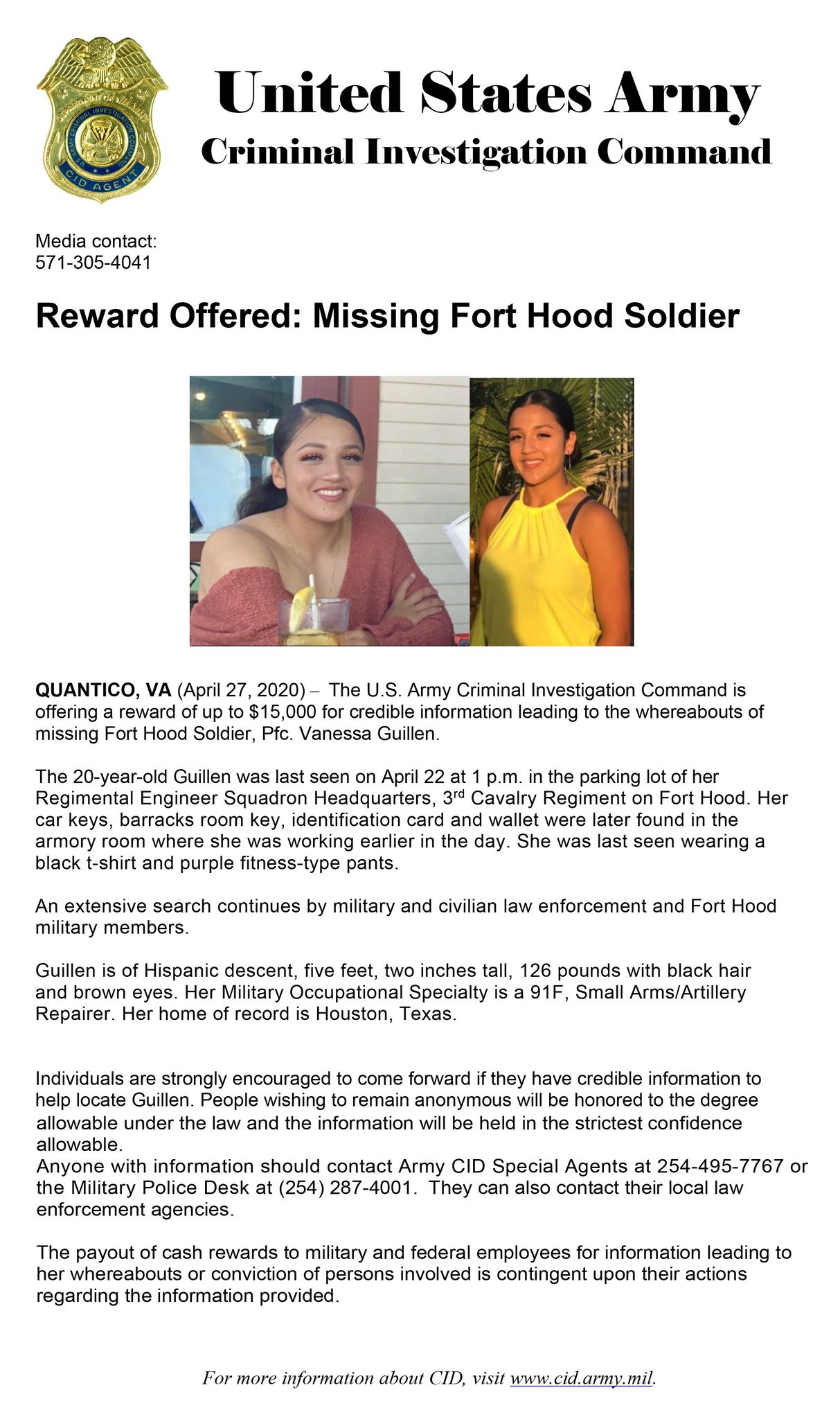 More photos of her below. 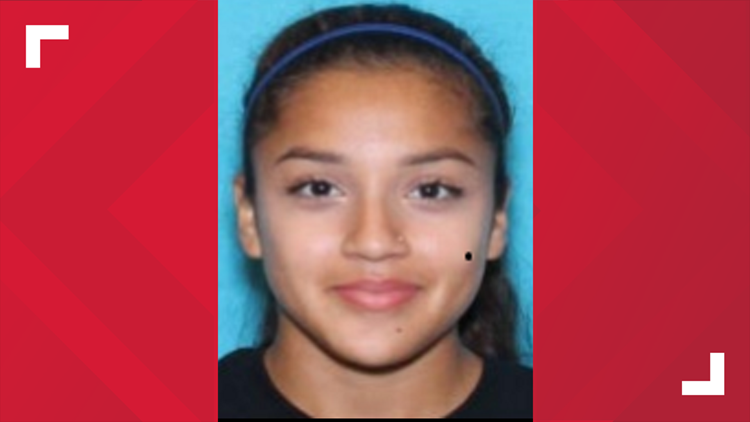 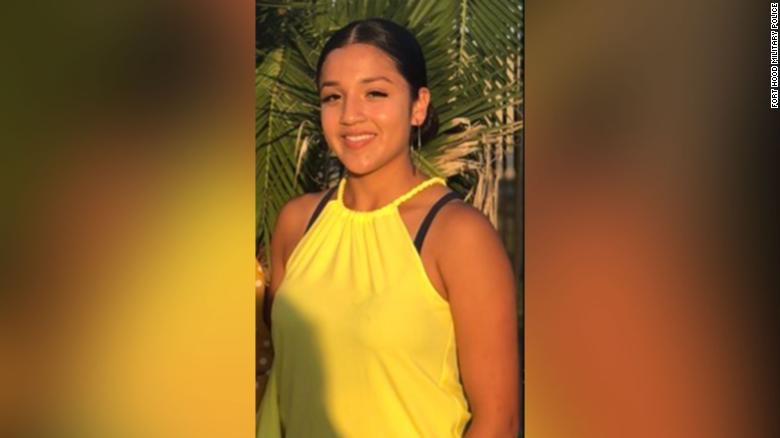 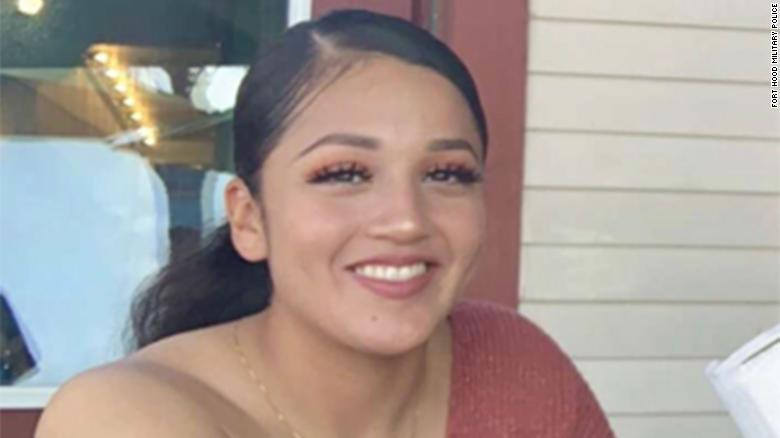 The post See photos of the missing beautiful soldier the US Army is offering $15,000 reward for information leading to her whereabout appeared first on Linda Ikeji Blog.