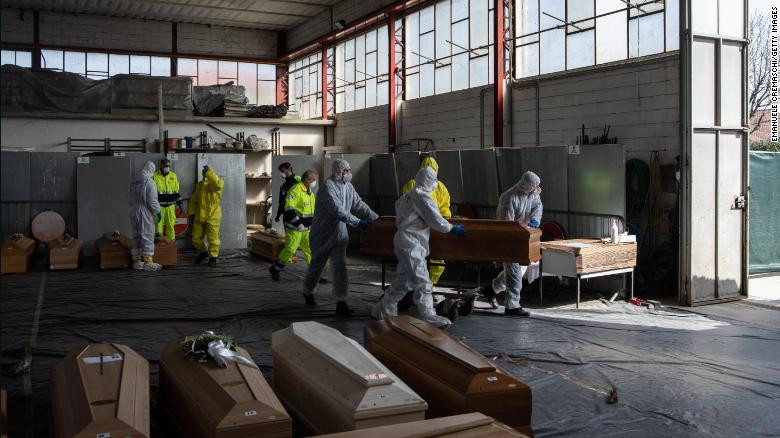 Black people in the UK are four times more likely to die from Covid-19 than white people and a number of other ethnic groups are also at an increased risk, according to stark official figures exposing a dramatic divergence in the impact of the coronavirus pandemic in England and Wales A report released on Thursday by the Office for National Statistics found black women (defined by the study as Black Caribbean, Black African and Black Other) are 4.3 times more likely to die from Covid-19 than white women, while black men are 4.2 more likely to die. People of Bangladeshi, Pakistani, Indian, and mixed ethnicities also had a “statistically significant raised risk of death,” the report found. While among people with Indian ethnicity, women were 2.7 times more likely to die and men 2.4. For the Chinese ethnic group, the heightened risk for men was 1.9 and 1.2 for women. The disparities are “partly a result of socio-economic disadvantage and other circumstances, but a remaining part of the difference has not yet been explained,” the study said. 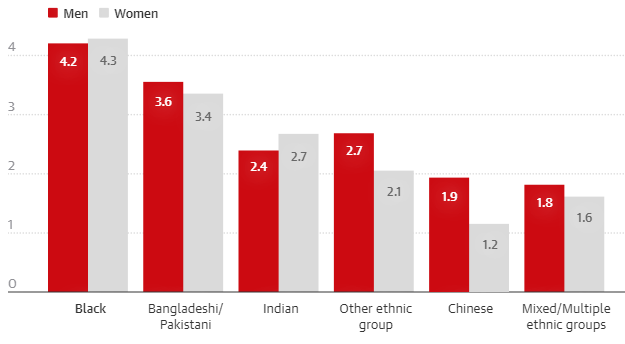 Even after taking into account age, demographic factors and measures of self-reported health problems, the study found that black people were still almost twice as likely to die from Covid-19 than white people. The data covers COVID-19 deaths from 2 March to 10 April. “It is urgent the causes of this disproportionality are investigated,” the UK’s shadow justice secretary David Lammy tweeted on Thursday, calling the findings “appalling.” “Action must be taken to protect black men and women — as well as people from all backgrounds — from the virus,” he added. Rebecca Hilsenrath, chief executive of the Equality and Human Rights Commission, warned the statistics “reveal the true impact coronavirus is having on ethnic minority people”. She said: “While the ONS has revealed the numbers, the reasons are less clear. “Race inequality is persistent across Britain, with people from ethnic minorities facing disadvantage in their living conditions, access to healthcare and economic opportunities, among other areas, which could be contributing factors.” A spokesperson for the health and social care department said: “Any death from this virus is a tragedy and we are working incredibly hard to protect the nation’s public health. ”We’re aware that this virus has sadly appeared to have a disproportionate effect on people from BAME backgrounds. It is critical we find out which groups are most at risk so we can take the right steps to protect them and minimise their risk. ”We have commissioned Public Health England to better understand the different factors, such as ethnicity, obesity and geographical location that may influence the effects of the virus.” According to CNN, the figures are supported by previous studies, which have also found black people in the UK are dying at a far higher rate than their white peers. An analysis by the Institute for Fiscal Studies found last week that people from black African backgrounds were 3.7 times more likely to die in hospital from the disease than white people. And the findings are also similar to the reports in the United States, where African Americans have died from Covid-19 at a ‘disproportionately high rate.’ In Chicago, 72% of people who died were black, officials said in April, despite African Americans only making up 30% of the city’s population. In Louisiana, African Americans make up 32% of the population, but account for around 70% of deaths from the virus.  On Wednesday, the UK surpassed Italy by registering the highest coronavirus death toll in Europe, after it reached over 30, 000 confirmed fatalities.The post Black people four times more likely to die from COVID-19 than white people – new data shows appeared first on Linda Ikeji Blog.