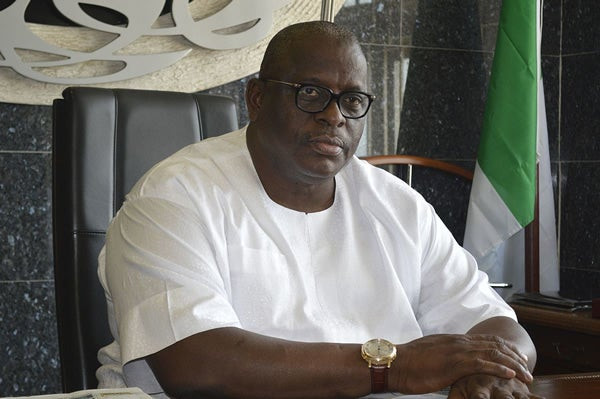 The federal government’s move to extradite former Senator representing Ogun East Senatorial District, Senator Buruji Kashamu to the United States to answer to his alleged complicity in illicit drug trade in the country, was on Thursday May 7 stopped by a federal high court.  Passing judgement on the suit marked: FHC/ABJ/CS/530/18 which was filed by Kashamu, with the Attorney General of the Federation (AGF) and the National Drug Law Enforcement Agency (NDLEA) as defendants, Justice Okon Abang stated that the extradition process cannot be initiated as restraining orders and judgments in the former Senator’s favour has not been challenged.  The Nation reported that Justice Okon Abang pointed out that though the AGF successfully challenged the court’s decisions in suit 508/2015 which was set aside in the appeals marked: 1030 and 1030a on May 4, 2018, he however failed to appeal the other judgment in the suit No: 49/2010. He also affirmed that he is bound to abide by the Court of Appeal’s decision of September 20/2018 dismissing the appeal marked: 479/2015.  Abang said;  “The effect of the Court of Appeal dismissing the appeal against the judgment in suit No: 49/2010 is that the said judgment has validated in all its ramifications, inclusive of the restraining  order in that judgment.“It is my humble view that the AGF has no discretion in this matter. With the greatest respect to the AGF, he has no choice in this matter. The fact that the restraining order in the judgment in suit 49/2010 dated January 6, 2014 is still valid and subsisting, it is not a matter of sentiment.“In fact, it is not a political issue. We don’t practice democracy in court, no matter how the politicians look at it. The politicians can look at it the way it favours them. But, sitting as a court of law, where there is no appeal against a judgment, that judgment subsists.“This is an issue of law. Where there is no appeal against a judgment, there is nothing anybody can do in a democratic setting. If the restraining order ought not to have been made, the AGF ought to have appealed against it.“The Attorney General of the Federation, with the greatest respect to him, cannot pretend that the restraining order is no longer subsisting. The 1st defendant (AGF) cannot assume that the order was not made in good faith even when he participated in the proceedings.“The 1st defendant appealed successfully and got judgment in suit No: 508/2015, that was set aside. Why did the AGF not appeal against the judgment in suit No:49/2010? Why did the AG not appeal that judgment even when the Court of Appeal recently dismissed an appeal against the judgment?“I appreciate the fact that current AGF was not in office when this judgment was delivered on January 6, 2014. I really sympathise with him. he inherited it.“In my respective view, he can not now seek to take steps against that judgment when his predecessor in office did not see any need to appeal against the judgment or did not even see anything wrong with the judgment.“Except if the decision of the Court of Appeal on September 20, 2018,  dismissing the appeal against the judgement in suit 49/2010 is validly set aside on an appeal to the Supreme Court, the AGF cannot validly take steps that run contrary to the subsisting judgment of this court. That will be an invitation to anarchy.“To appeal the judgment is the lawful step to take. To take any other steps against the judgment order than appealing is unlawful, and an exercise of Executive lawlessness.“It is my hope that the AGF an office created by the Constitution, the Chief Law Officer of the federation, who is also the chief minister in the temple of justice, the conscience of the society, should tow the pat of the law and should not violate the laws of the land.”  The post Court stops FGs move to extradite Senator Kashamu to the United States for alleged drug charges appeared first on Linda Ikeji Blog.