EFCC staff accused of abusing her position after she effected the arrest of owner of Star Shawarma over 1,600 Naira (video) 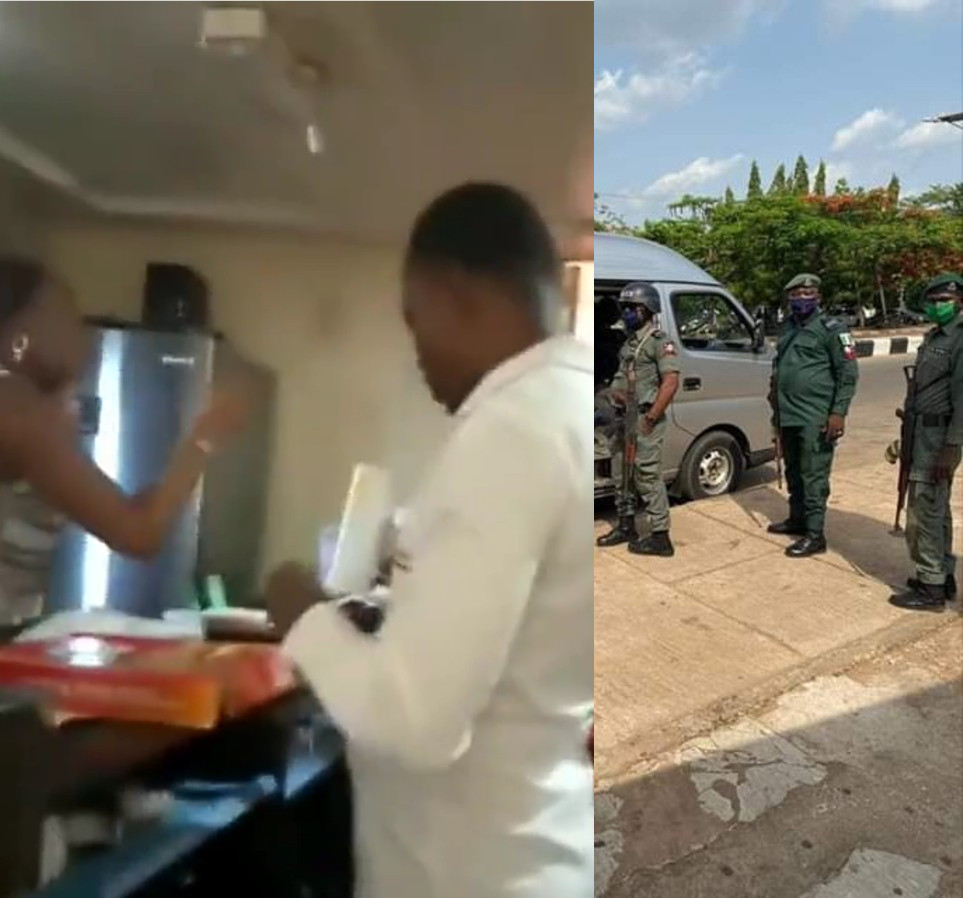 An EFCC staff in Makurdi, Benue state, has been accused of “harassment” and “abuse of power” after she effected the arrest of the owner of Star Shawarma and other staff over a misunderstanding. According to reports, the EFCC staff, whose name was given as Hembafan Toryila, made a purchase worth 1,500 Naira at Star Shawarma and transferred 1,600 Naira to the business’ account. However, the business owners didn’t notice the alert on time and they kept contacting her about making payment. When they finally noticed the payment she made, they called to apologize. But she wouldn’t forgive easily and allegedly vowed to deal with them. On Wednesday, May 6, she allegedly mobilized uniformed men to go to the eatery and arrest the owner and staff. Following their arrest, the staff were reportedly detained at EFCC office in Makurdi. 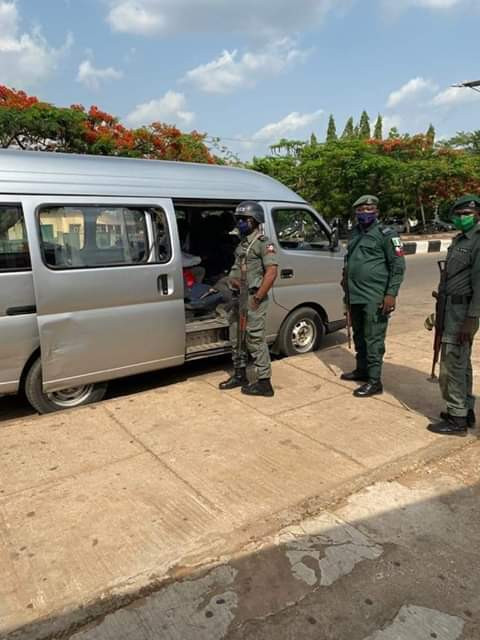 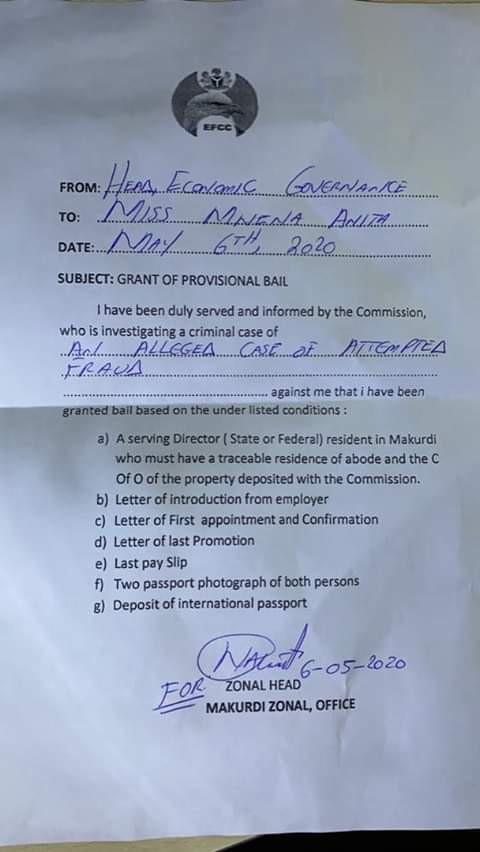 Facebook and Twiter users have criticized this move and asked why the EFCC is involved in such a frivolous issue. Below are Twitter reactions and videos of the arrest. 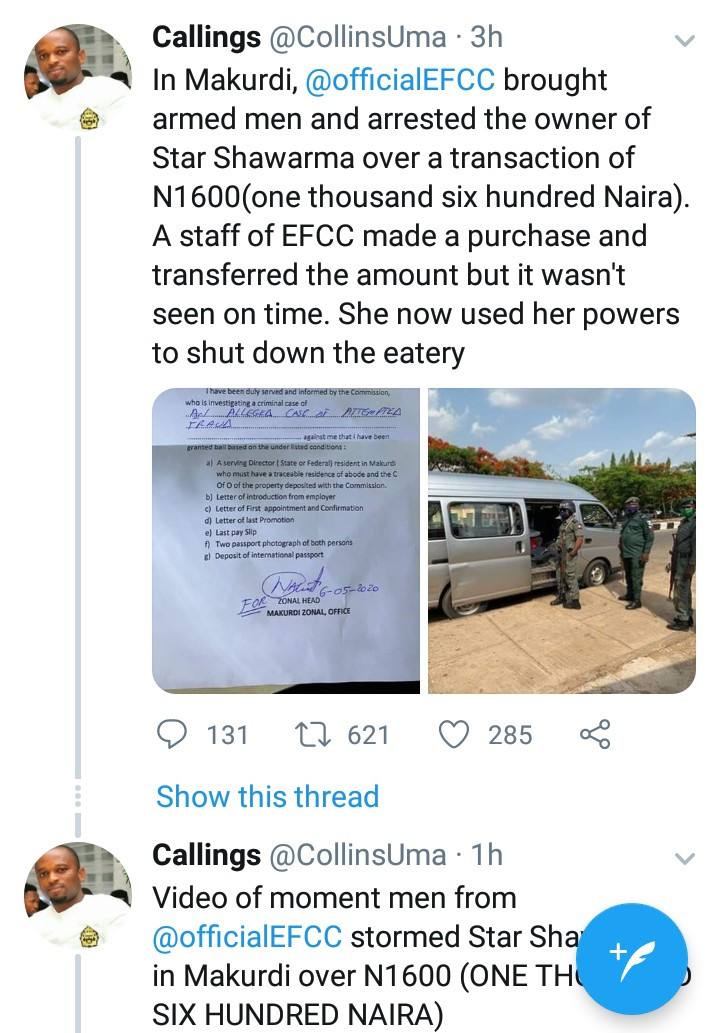 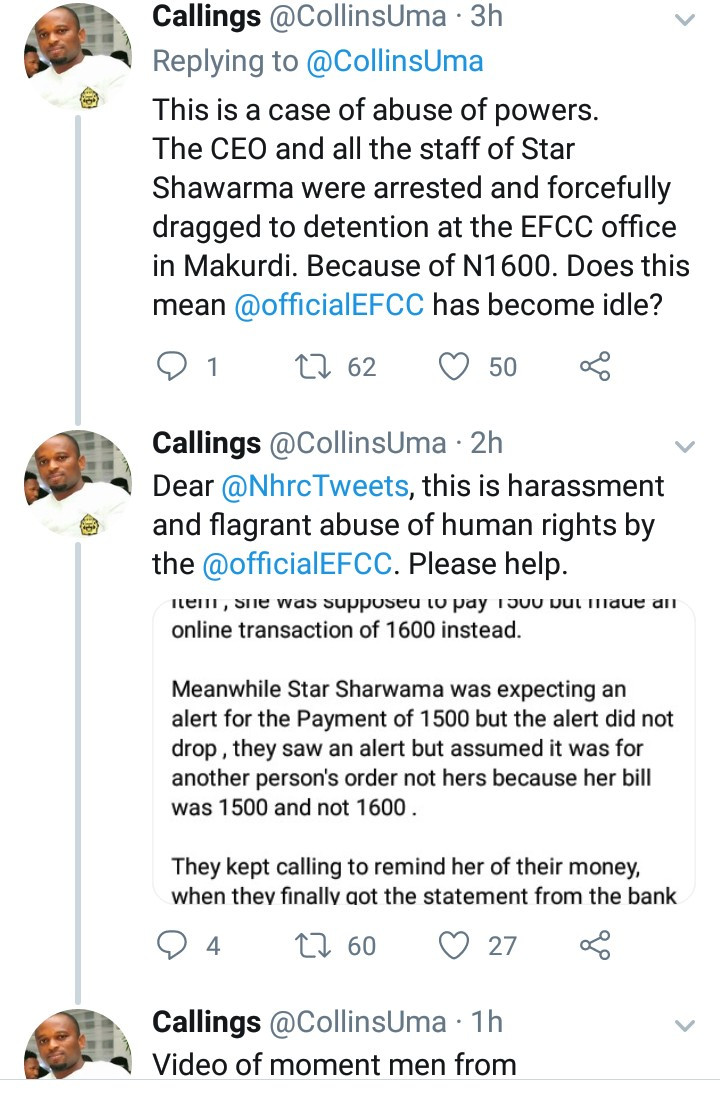 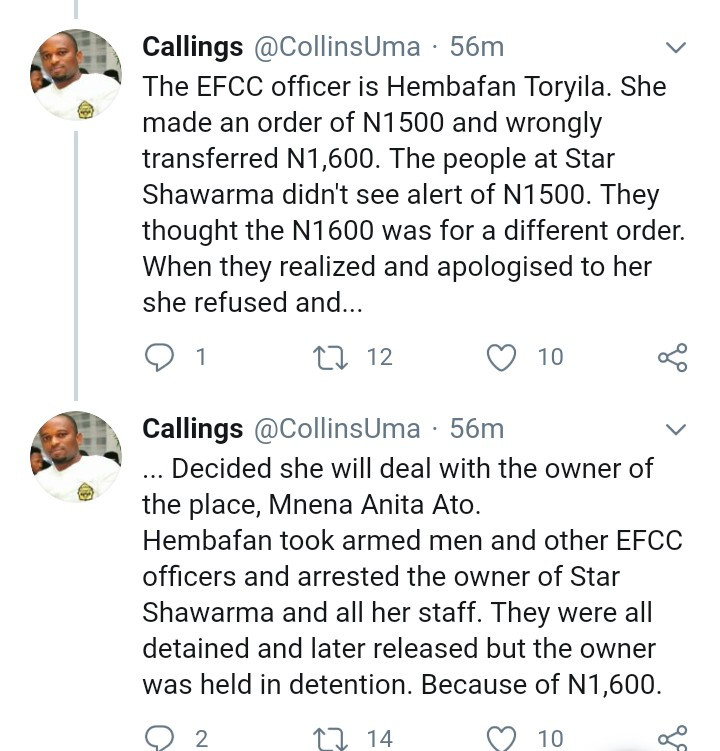 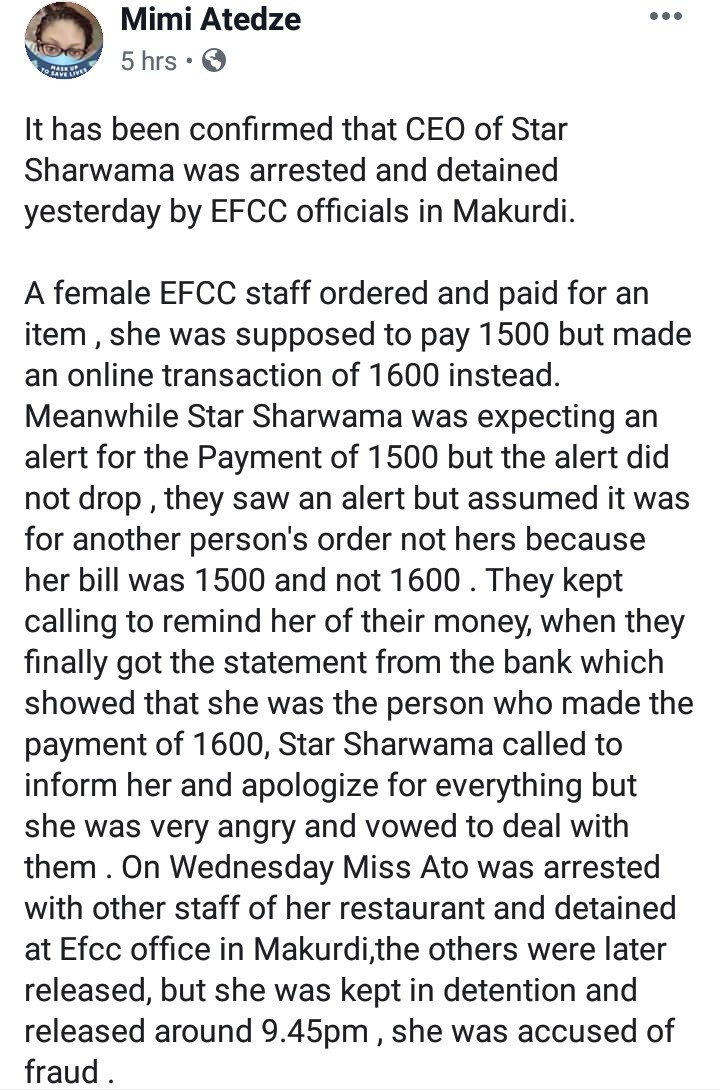 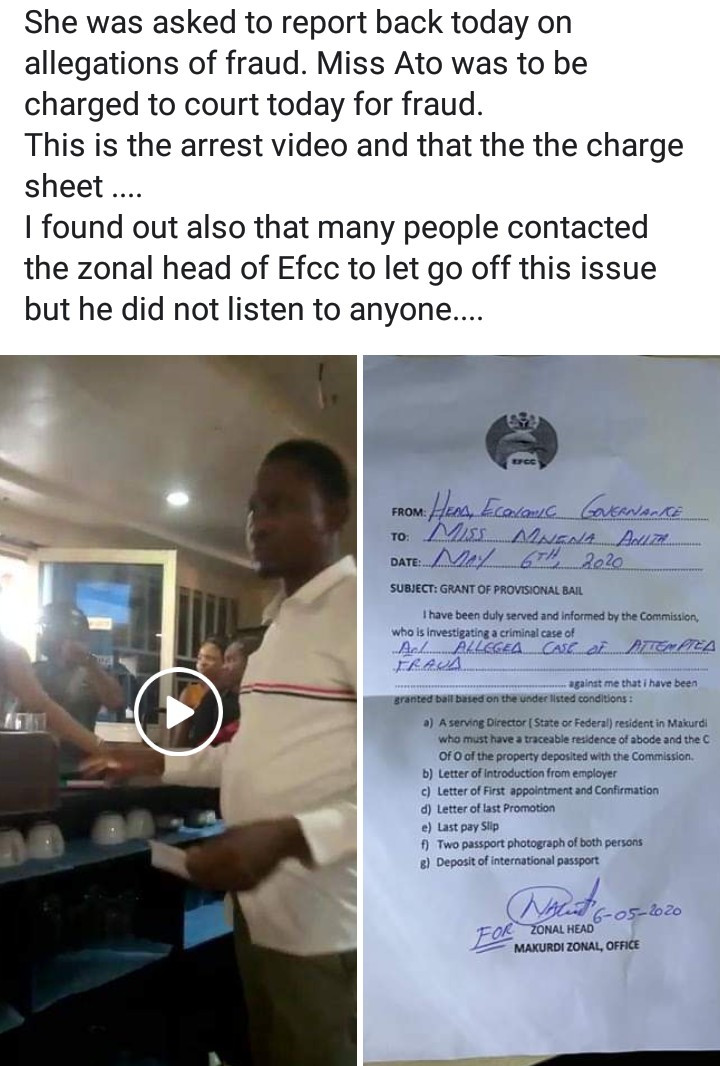 View this post on Instagram           A post shared by Lindaikejiblog (@lindaikejiblogofficial) on May 7, 2020 at 9:27am PDT pic.twitter.com/EfAimq2JlL— Callings (@CollinsUma) May 7, 2020The post EFCC staff accused of abusing her position after she effected the arrest of owner of Star Shawarma over 1,600 Naira (video) appeared first on Linda Ikeji Blog.