Cat and owner both die after contracting Coronavirus in Spain 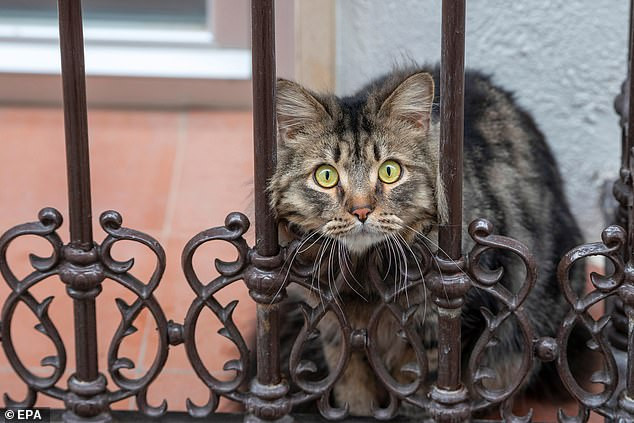 A pet cat died after contracting Coronavirus from its Spanish owner who first succumbed to the disease in Catalonia.  The four-year-old moggy was reportedly taken to a veterinary hospital in Catalonia with breathing difficulties and a soaring temperature of 38.2°C, low blood platelet levels, and heart failure. The cat had to be euthanised after suffering severe heart disease, reported La Vanguardia. “He is a collateral victim of the disease in humans,” said Joaquim Segales, a researcher at the Centre for Research in Animal Health (CReSA). After he was put down, vets sent the body to CReSA to be analysed. It was there that experts discovered the RNA of COVID-19 in samples taken from Negrito’s nose and digestive tract. “The viral load was low and none of the lesions he presented were compatible with the virus,” added Segales, “The cat was already suffering from cardiomyopathy and later became infected with COVID-19.” It is the sixth cat in the world reported to have caught COVID-19.  Eight lions and tigers also tested positive at the Bronx Zoo in New York, but most of the animals showed mild symptoms of respiratory disease and have since recovered.  Natalia Majo, director of the CReSA, said: “The possibility that a person infects a cat is extremely low.”  The post Cat and owner both die after contracting Coronavirus in Spain appeared first on Linda Ikeji Blog.