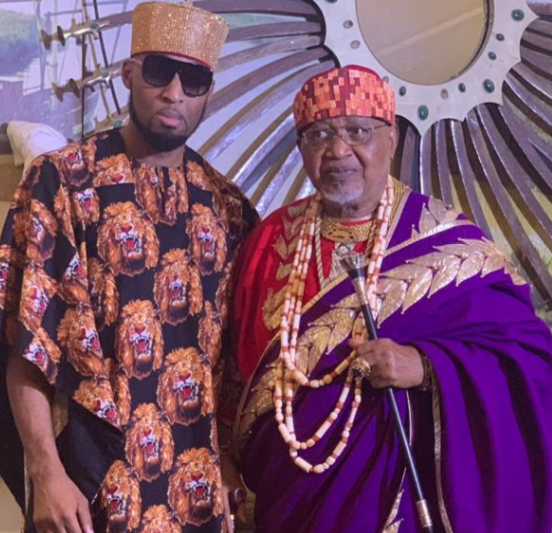 Igwe John Umenyiora, the Ezedioramma 1 of Ogbunike Round Palace in Anambra state, has died. Igwe Umenyiora is the father of NFL star Osi Umenyiora and also the father of CEO of Dilly Motors, Okwudili Umenyiora. He is also the father-in-law to former Miss Universe, Leila Lopes Umenyiora According to his daughter’-in-law, Fifi Umenyiora, he died after 44 years on the throne. The cause of his death was not revealed. Mourning him, Fifi wrote: “IGWE!! My Lovely Father-in-law, You were a great man and Our hero!!!. My Husband’s hero…You touched so many Lives during your tenure as king for 44 yrs. The best Father-in-law I could have ever asked for, to me and many others. May your gentle soul Rest In Peace. IGWE JOHN UMENYIORA, EZEDIORAMMA 1 OF OGBUNIKE ROUND PALACE.” 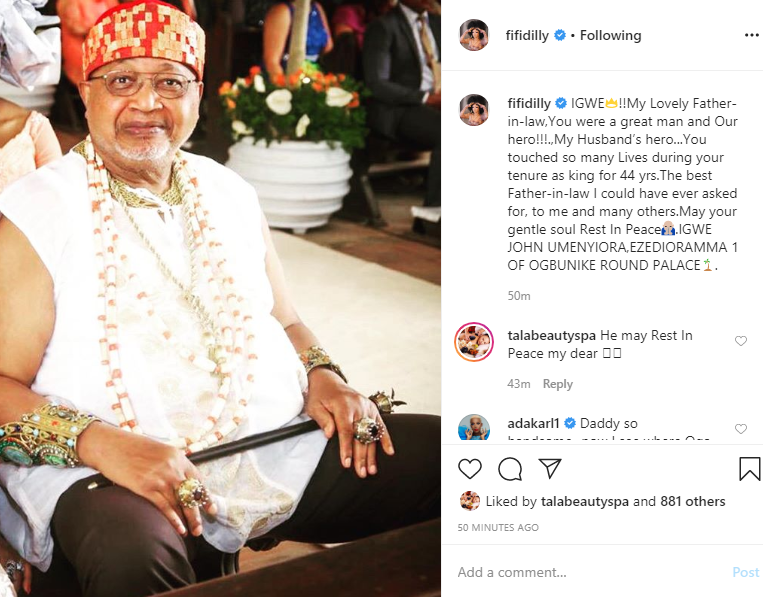