South Korea shuts down 2,100 nightclubs and bars as new Coronavirus spike is blamed on clubbers who went out after lockdown eased 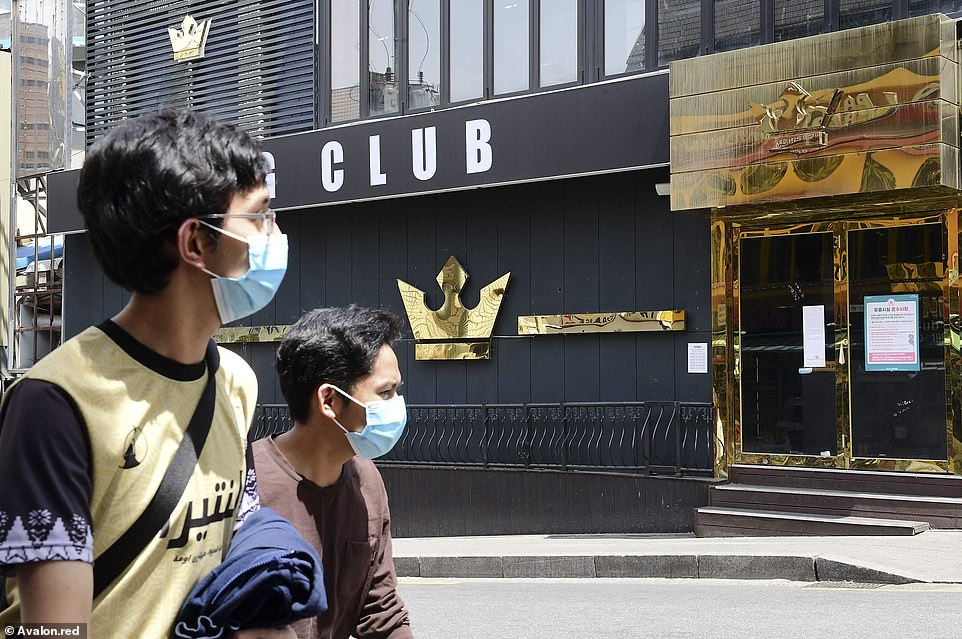 South Korea has shut down more than 2,100 nightclubs including hostess bars and discos after dozens of coronavirus infections were linked to club goers who went out last weekend as the country relaxed lockdown rules.  The action was carried out on Saturday after South Korea’s Centers for Disease Control and Prevention said 18 new cases were reported 24 hours to midnight Friday.  One of the patients was a 29-year-old man who visited three clubs in Seoul’s Itaewon district last Saturday before testing positive days later. Seoul Mayor Park Won-soon said 16 more cases were confirmed in Seoul alone in the following hours. He said this brought the total number of infections linked to club-goers to 40 – 27 in Seoul, 12 in neighbouring Incheon and Gyeonggi, and one in the southern port city of Busan. Park said health workers have been attempting to contact some 1,940 people who were listed as visitors to the three Itaewon clubs and other venues nearby, but they have so far been able to reach only 637 of them. South Korea has confirmed at least 10,840 cases of the Coronavirus, including 256 deaths.  The post South Korea shuts down 2,100 nightclubs and bars as new Coronavirus spike is blamed on clubbers who went out after lockdown eased appeared first on Linda Ikeji Blog.