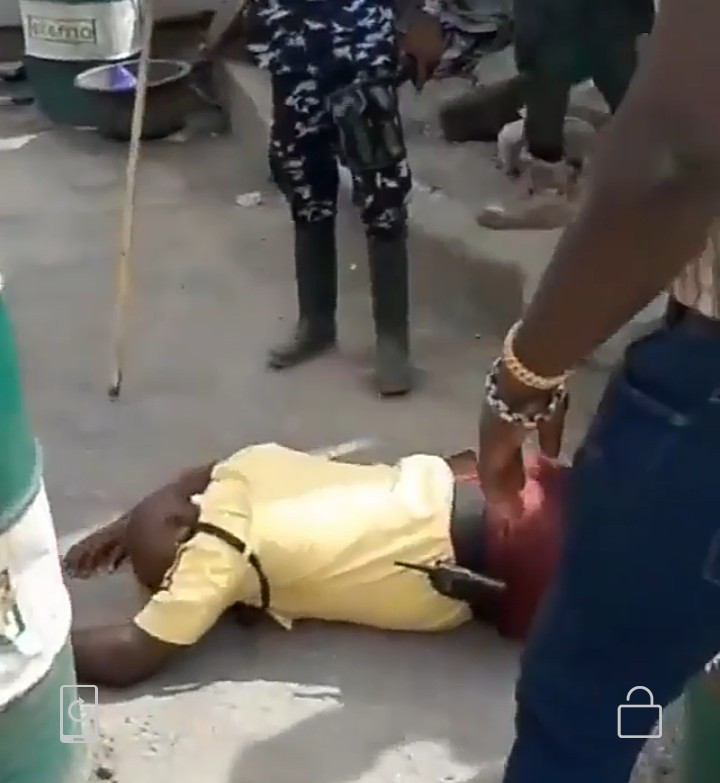 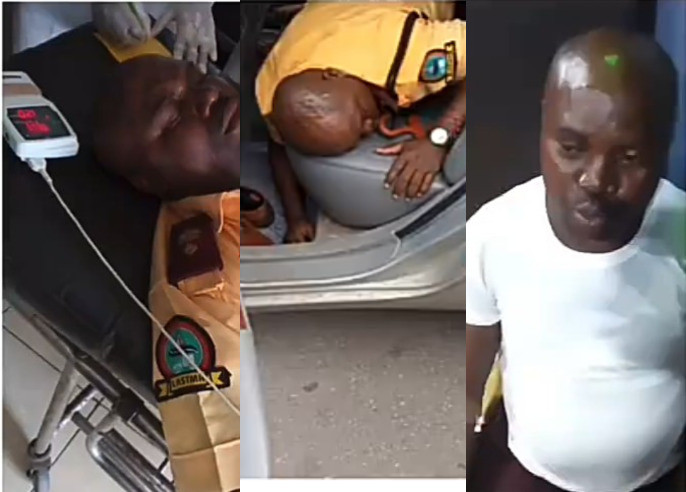 She claimed that SP Femi hit her father on the head several times with a baton and he lost consciousness. He was rushed to the Apapa General Hospital where he eventually regained consciousness and narrated what happened to him from his hospital bed. Narrating the incident, the daughter wrote:  Hello everyone , I write with a broken heart as my dad who was on duty yesterday at Apapa was beaten till he collapsed by a rogue intoxicated police officer by name SP. Femi, attached to the Apapa Zone 13 of Lagos State.According to my dad , Roland Fuludu, SP. Femi had sent a team of armed mobile policemen to the scene and a particular section of the road cordoned off while on repairs was forcefully opened and these set of rogue policemen were collecting bribes from motorists and heavy duty trucks who wished to access that lane, while “still on repairs”.However, the number 3 man of the LASTMA SQUAD I.e my dad ,posted at the “Apapa Zone 13” ,vehemently refused and checkmated the police officers.The police officers called their  irate power-driven boss, SP. Femi and updated him  of the situation, he insisted on speaking to my dad. They had a heated conversation on  the phone and SP. Femi threatened to deal with him. True to his words, he got there with a team of heavily armed mobile policemen and he used a baton to hit my dad on the head severally.He slumped to the ground, other officers who tried to help him up was chased away as seen in the video before some ROAD SAFETY officials and his LASTMA squads carried him to the car and drove him off to Apapa General Hospital.My dad is presently in a critical condition in the hospital .I call on the LAGOS STATE GOVERNMENT, office of the LASTMA, the NIGERIAN POLICE FORCE, SEGALINK, ACP ISHAKU, and all well meaning Nigerians to look into this matter and not let SP. Femi escape.I got my dad to speak when he woke up hours later at the hospital. 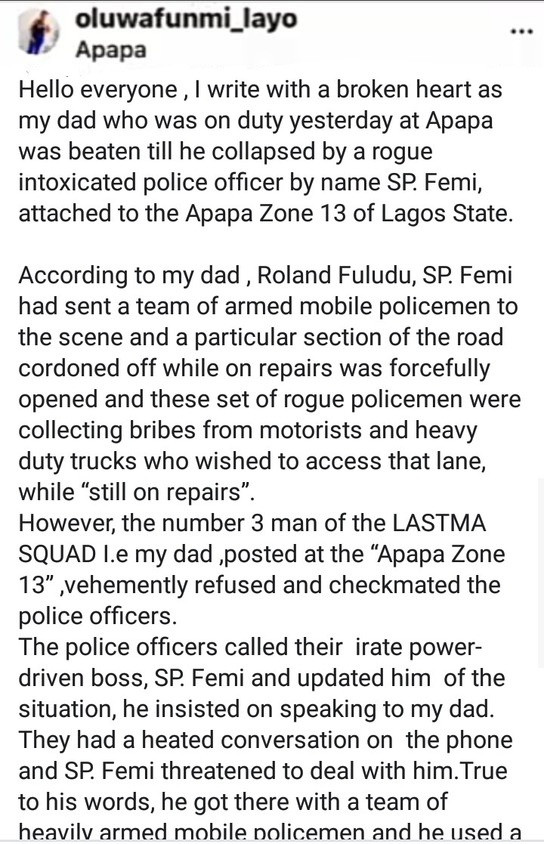 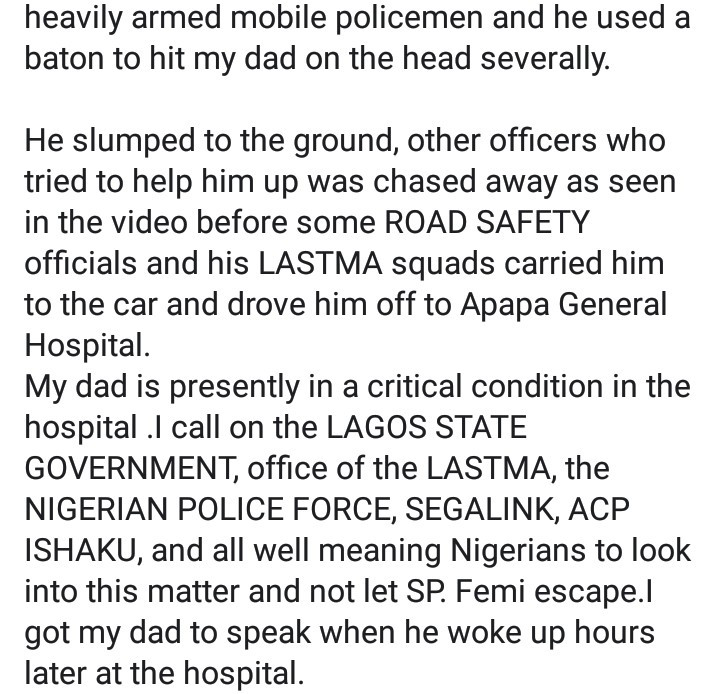 Below is a video of the LASTMA official after he collapsed.       View this post on Instagram           A post shared by Lindaikejiblog (@lindaikejiblogofficial) on May 12, 2020 at 6:56am PDTThe post LASTMA official allegedly beaten to coma by police officer while on duty in Apapa (video) appeared first on Linda Ikeji Blog.