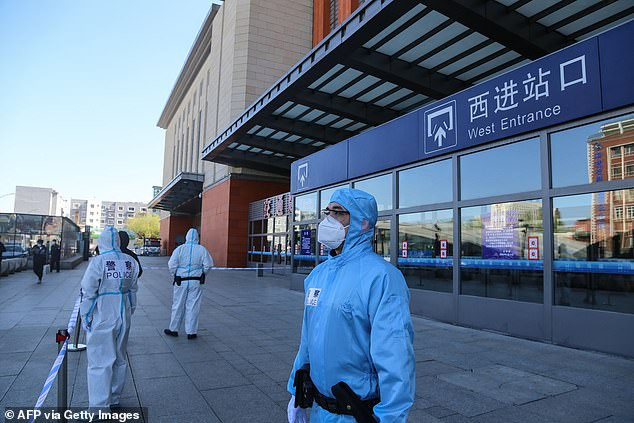 A second Chinese city has gone into lockdown today amid growing fears of a second wave of infections in China.  The north-eastern city of Jilin, with a population of more than four million, shut down its borders and suspended public transport on Wednesday, with all residents not allowed to enter or leave their residential compounds unless it is necessary. All cinemas, indoor gyms, internet cafes and other enclosed entertainment venues in Jilin must shut immediately, and pharmacies must report all sales of fever and antiviral medicines, the Jilin government said in a statement. It was also stated that residents are only allowed to leave the city if they obtain reports to prove that they have tested negative for COVID-19 in the past 48 hours and complete an unspecified period of ‘strict self-isolation’.  This comes four days after a neighbouring city Shulan, a city of 600,000 people, was put under lockdown after 12 COVID-19 cases were recorded in the space of two days, all linked to the same source.  Jilin city reported six new confirmed cases on Wednesday, all linked to the Shulan cluster, bringing the total number of returned cases linked to a local laundry worker to 21.The post China puts a second city under lockdown in the space of four days amid raising fears of a Coronavirus comeback appeared first on Linda Ikeji Blog.