Emir of Daura holds court in hospital after recovering (video) 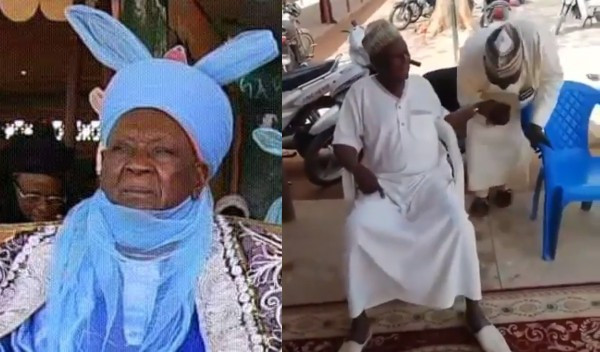 The Emir of Daura, Umar Faruk has recovered from the undisclosed ailment he was hospitalized for days ago and has been spotted in a viral video holding court at the premises of the Federal Medical Center, Katsina.  LIB reported earlier that the Emir of Daura was moved out of the palace in Daura to Katsina town on May 5, before being admitted and taken to the Intensive Care Center of the hospital. It was also reported that his palace was sealed after “Coronavirus cases” were recorded.  In a video shared online, Emir Umar Faruk was spotted sitting on a white plastic chair as people knelt to greet him at the hospital premises. He also stood at some point and walked into the hospital without any support, while those around him cheered.  Here is the video below;       View this post on Instagram         Emir of Daura recovers, holds court in hospitalA post shared by Lindaikejiblog (@lindaikejiblogofficial) on May 13, 2020 at 11:59am PDTThe post Emir of Daura holds court in hospital after recovering (video) appeared first on Linda Ikeji Blog.