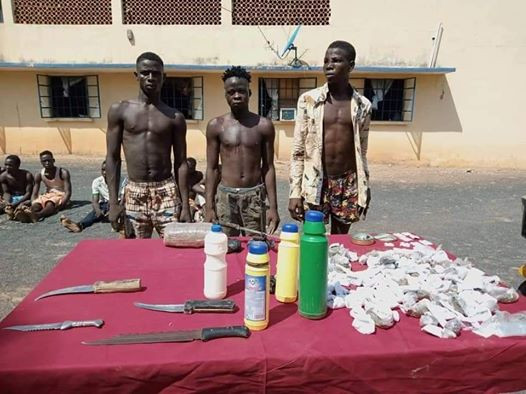 Adamawa State Police Command has arrested about 13 notorious Shila boys and recovered weapons as well as two tricycles. The gang members were arrested on Wednesday, May 13, by the Taskforce recently constituted by the newly deployed Commissioner of Police. Parading the suspects on Wednesday, May 13, spokesperson of the command, DSP Suleiman Yahaya Nguroje said that the team apprehended the Shila boys during its operation within the state capital. According to the statement, the Command’s Taskforce team has so far dislodged some hideouts of the notorious Shilla boys situated at a remote sides of Jambutu, Doubeli, Wauro-Jabbe and Sanda Primary School in Yola-North and South Local Government Areas and apprehended the suspects. 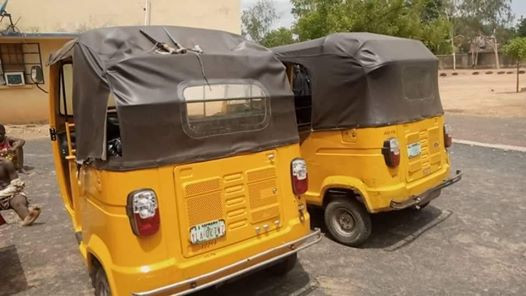 It added that the Command equally recovered 2 tricycles with registration Numbers :YLA 027 WZ and GRE 335 QE, 10 sharp knives, some quantity of illicit drugs, and dried weeds suspected to be Indian hemp among others. Recall that three members of the notorious gang were burnt to death by angry mob after they attacked a resident last Saturday.The post Police arrest 13 notorious “Shila Boys” in Adamawa, recover weapons appeared first on Linda Ikeji Blog.