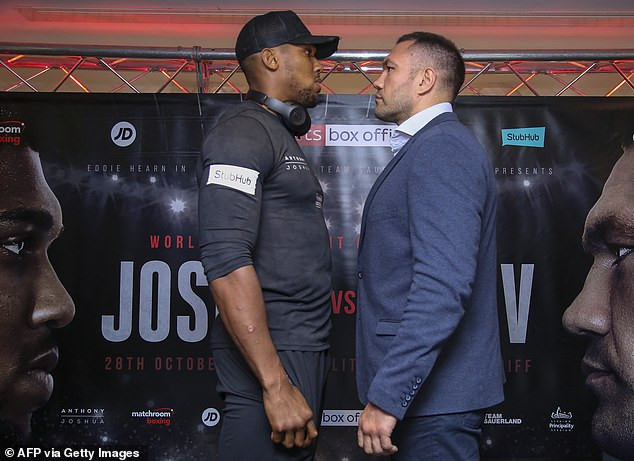 Anthony Joshua’s fight against Kubrat Pulev has been pushed to October at the earliest ahead of his possible showdown with Tyson Fury in 2021.The WBA, IBF and WBO heavyweight champion was due to meet IBF mandatory challenger Pulev, on June 20 at the Tottenham Hotspur Stadium, but due to the Coronavirus pandemic, the fight will now take place between October and December. Joshua’s promoter Eddie Hearn confirmed the latest development to Sportsmail saying: ‘With everything going on and the fact we have no idea yet about when we will be allowed crowds, and what size crowds, it won’t be the summer.’I think it will be in the window between October and December. Sooner would be better than later because we don’t want it to be a year between fights (Joshua beat Andy Ruiz in December).’There are also reports that Anthony Joshua will face Tyson Fury in 2021. The post Anthony Joshua’s world title fight with Kubrat Pulev put back to October due to Coronavirus crisis appeared first on Linda Ikeji Blog.