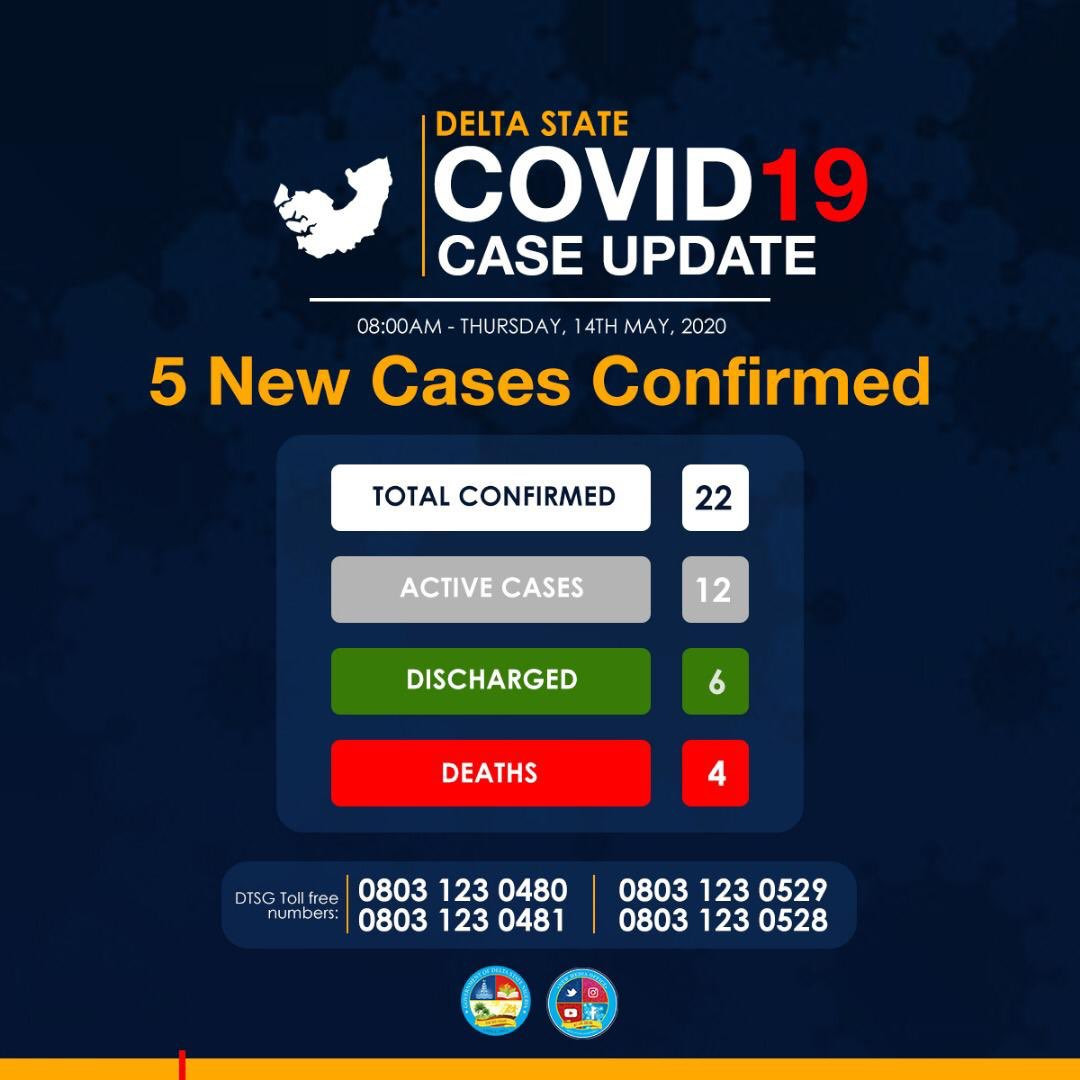 Delta state government has announced the death of one of the five new cases of Coronavirus (COVID-19) reported in the state.  The patient died on Wednesday night after his sample which tested positive for coronavirus was taken by health officials. Delta now has a total of 22 infections, with six people discharged and four deaths. Delta state Commissioner for Information, Mr. Charles Aniagwu confirmed the incident and also disclosed the local governments where the new cases were recorded. He said four of the new cases were recorded in Warri South and one in Oshimili North Local Government Areas of the State. Aniagwu said;  “The new death was the one recorded in Oshimili North.“The total number of active COVID-19 cases stands 12 with six discharged and four deaths recorded.” The post Delta records Coronavirus death appeared first on Linda Ikeji Blog.