Elderly woman demands justice after 43-year-old man raped her 13-year-old granddaughter, and allegedly got her son arrested after he caught him in the act (video) 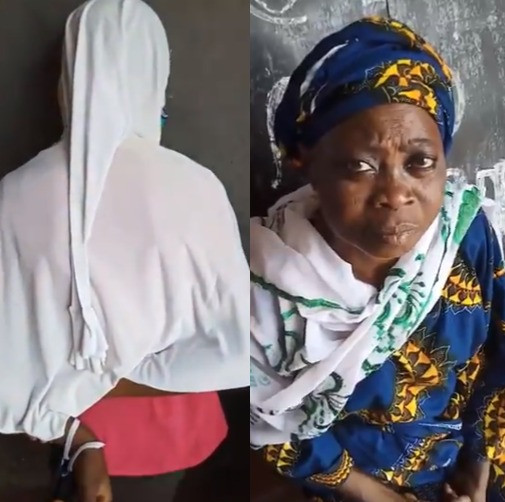 An elderly woman, Iyabode Olatunji, has cried out for justice after a 43-year-old man allegedly raped her 13-year-old granddaughter, Rodiyah, in their apartment located along Agbowo express in Ibadan, Oyo state. Twitter user @AlaOluwaseun who shared the story online, said he met the old lady inside a cab crying profusely. He took her to a corner where he made a video of her narrating what had happened. 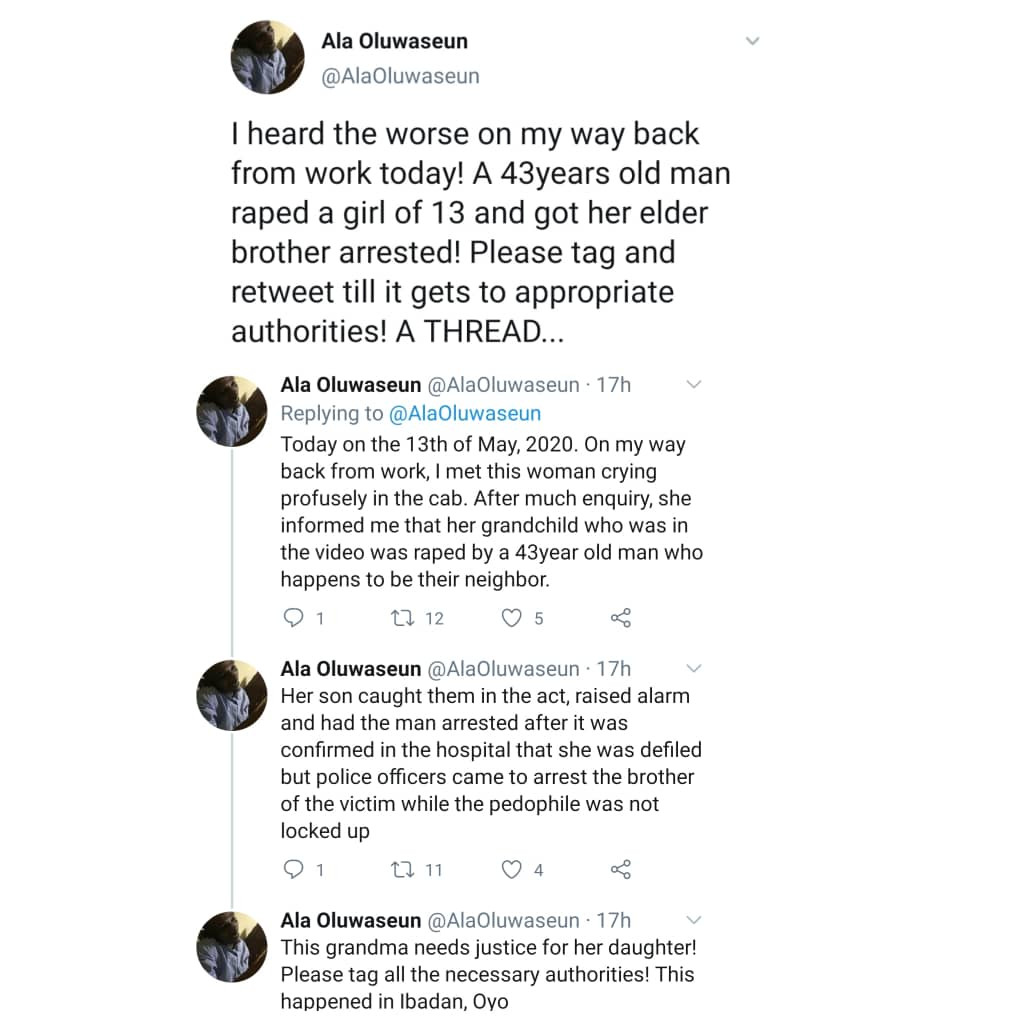 In the video, Madam Olatunji who spoke in Yoruba, said her granddaughter goes about selling kerosine. She said each time her granddaughter goes to sell Kerosine to the accused man, he would ask her to go into his apartment to help him bring something. When there, the accused would lure the granddaughter with N100 and then forcefully rape her. Watch the video below      View this post on Instagram         Elderly woman demands justice after a 43-year-old neighbor who repeatedly raped her 13-year-old grand daughter, allegedly got her son arrested after he caught him in the actA post shared by Lindaikejiblog (@lindaikejiblogofficial) on May 14, 2020 at 5:35am PDT   LIB was able to speak with Madam Olatunji who confirmed the incident. She said her son, Sakiru fought with the suspect when he caught him defiling his niece. Madam Olatunji told LIB that Sakiru and the suspect were arrested but according to her, the police tortured her son at the Iyanguku police station. She told LIB that the police this afternoon, May 14, granted Sakiru bail but she is however not aware if the suspect has been granted bail. LIB reached out to the state police command spokesperson, SP Fadeyi Olugbenga, to comment on the incident. He said he is not aware of the case but will revert when he gets all the facts about the said case. The post Elderly woman demands justice after 43-year-old man raped her 13-year-old granddaughter, and allegedly got her son arrested after he caught him in the act (video) appeared first on Linda Ikeji Blog.