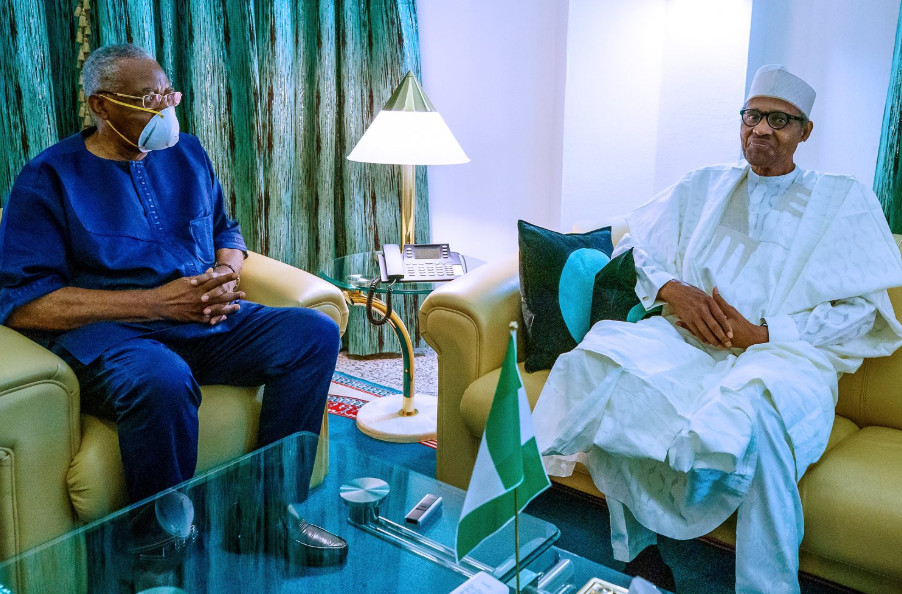 President Muhammadu Buhari on Monday received in audience, Nigeria’s former minister of defence, General Theophilus Danjuma (Rtd) at the State House, Abuja. Both men appear to have put their political differences aside, as they met behind closed doors in the statehouse this afternoon.The agenda of the meeting is, however, yet unknown as at the time of filing this report. Recall that in the buildup to the 2019 general election, Danjuma openly criticized the Buhari-led administration, asking Nigerians to rise up and defend themselves as the government has lost its power to secure their lives, He also said Nigerians had lost confidence in the military and the Buhari administration. President Buhari in his response, said the opinion of the former Military chief was not as important as that of millions of Nigerians who re-elected him.  See more photos from their meeting below 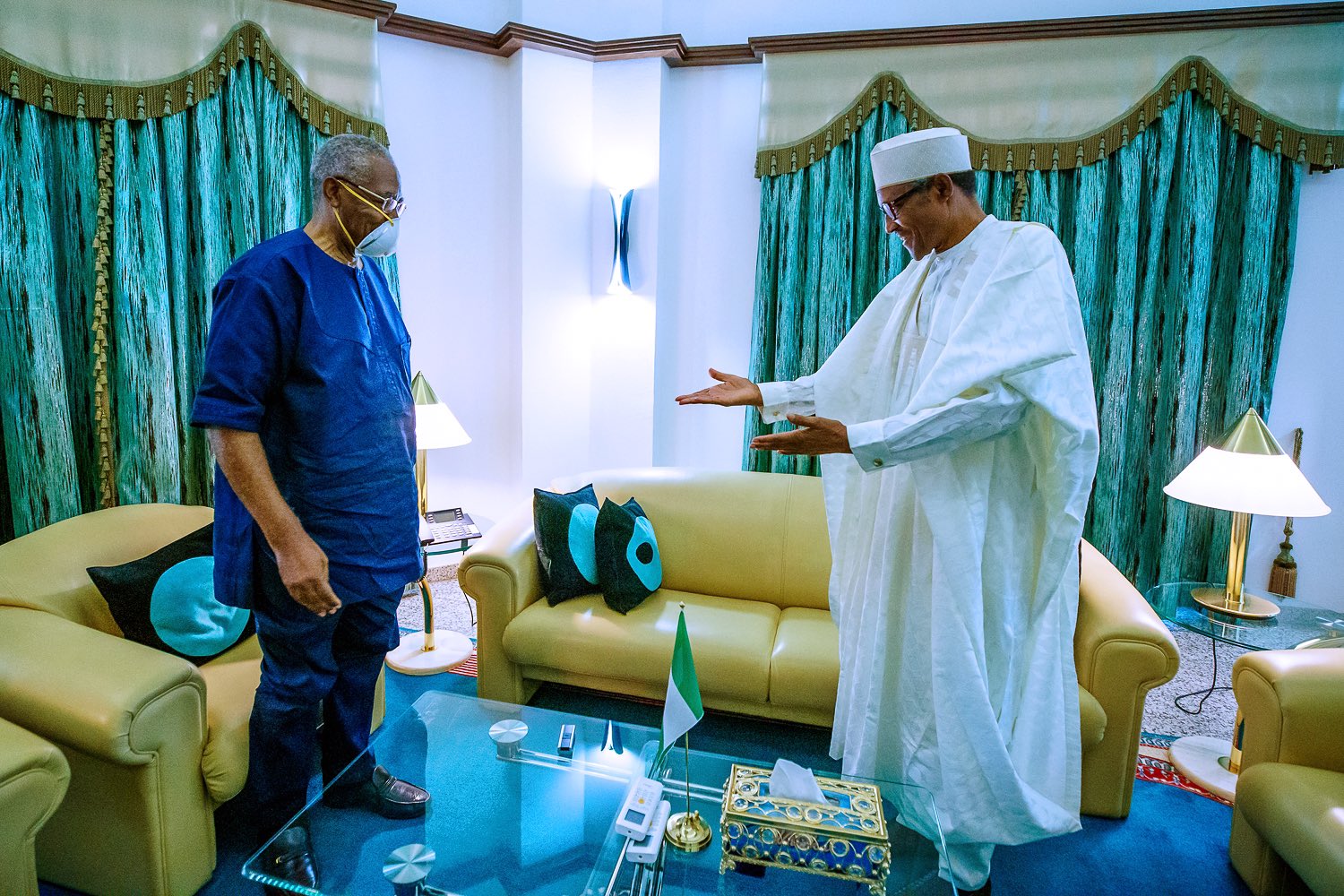