Update: Chelsea star, Callum Hudson-Odoi,19, was arrested on suspicion of rape after inviting glamour model to his flat during lockdown 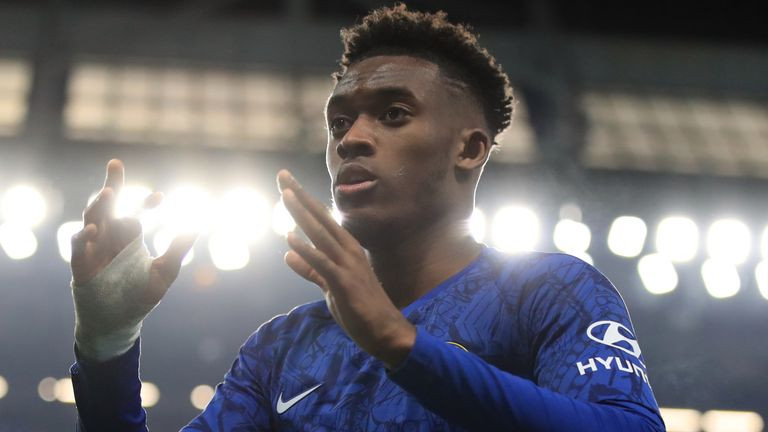 It has been revealed that Chelsea and England star, Callum Hudson-Odoi was arrested on  suspicion of rape after inviting a glamour model to his penthouse during the Coronavirus lockdown. The 19-year-old winger was arrested at the scene after police were called to an address in South West London in the early hours of Sunday morning following a late-night tryst with the model who he reportedly met online.  Hudson-Odoi is said to have sent a car to go pick her up across the capital to his West London home. Police officers and paramedics went to the penthouse after a woman called them. Ofiicers arrested the footballer while the model was taken to the hospital after complaining of feeling unwell. Cops were later seen at the apartment building interviewing concierge staff. At around 2: 30pm, another set of officers returned to the scene in an apparent search operation. A police spokesman disclosed to The Sun that the winger was arrested on suspicion of rape and has been bailed but an investigation is ongoing. ‘Police and London Ambulance Service were called at 03:53hrs on Sunday, 17 May to a report of an unwell woman. ‘When emergency services attended, a woman reported that she was raped. She was taken to hospital. ‘A man was arrested at the scene on suspicion of rape. He was released from custody and bailed to return on a date in mid-June,’ the spokesperson added.  Back in March, Hudson-Odoi became the first Premier League player to test positive for coronavirus but has since made a full recovery, and is due to return to action along with his Chelsea teammates when the Premier League resumes in June.      The post Update: Chelsea star, Callum Hudson-Odoi,19, was arrested on suspicion of rape after inviting glamour model to his flat during lockdown appeared first on Linda Ikeji Blog.