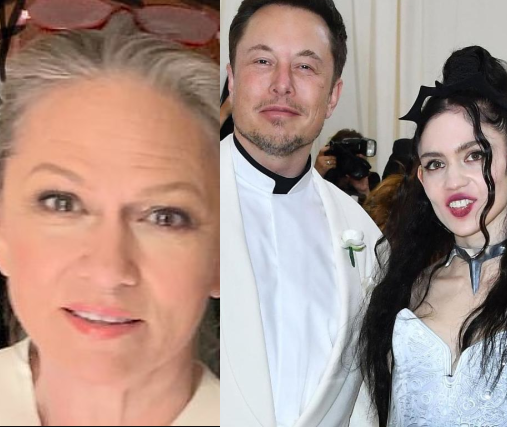 Elon Musk recently welcomed a son with partner Grimes, but this didn’t stop Grimes’ mother, Sandy Garossino from slamming Musk on Twitter for his right-wing Red Pill tweet. It began when Musk, whose girlfriend Grimes gave birth to their son two weeks ago, cryptically tweeted a right-wing “take the red pill” meme.

The “red pill” reference originally comes from the movie The Matrix but it has since become an online meme used by the alt-right and men’s rights activists. 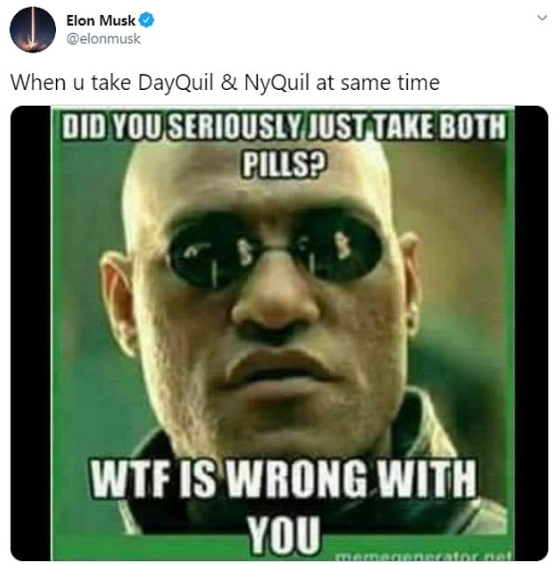 Musk’s reason for the tweet isn’t clear, but the “red pill” phrase is now commonly used to show a right-wing political awakening and is used widely on online forums in support of President Donald Trump, as well as men’s rights organizations.  More recently the “red pill” term has been used to describe the taking on of conservative values after formerly identifying with more liberal ideas. Musk’s “red pill” tweet prompted support from first daughter Ivanka Trump who tweeted his comments and wrote, “Taken!”. 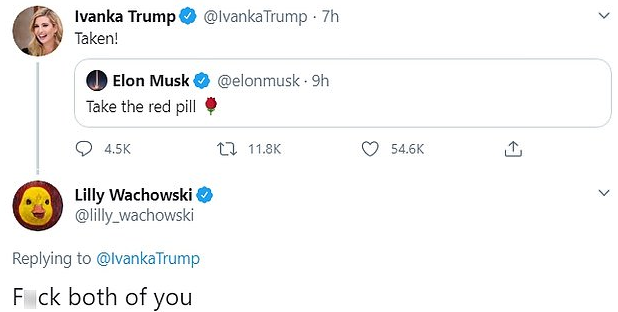 Well, Elon Musk’s partner’s mother was not impressed with this. Sandy Garossino, who is a Canadian media commentator accused him of “blaring men’s rights activist bulls***”. In a series of now-deleted Twitter activity, Garossino appeared to like a tweet by journalist Yashar Ali, slamming Musk’s recent Twitter presence and comparing him to the 2018 Kanye West. “Elon Musk’s Twitter presence in the last few months feels very Kanye 2018, Ali in reference to the Tesla founder’s “red pill” tweet. 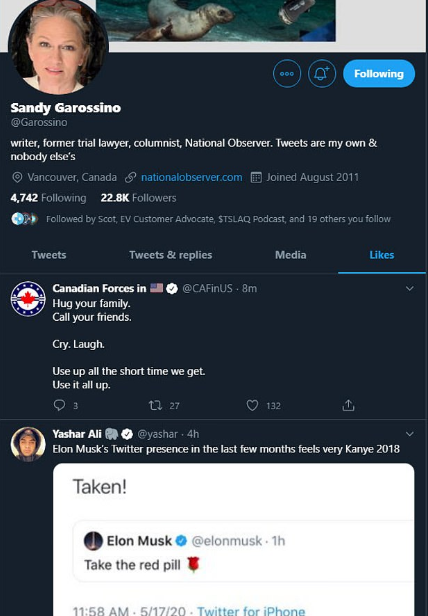 By comparing Musk to Kanye West, Ali was referencing the period when Kanye repeatedly expressed his support for President Trump. In April 2018, the rapper even tweeted that the President was “his brother” and that they both had “dragon energy”.  A screenshot shows that Garossino liked the tweet, before later unliking it.   It comes after Garossino also posted: “If your partner went through a challenging pregnancy and childbirth in the last two weeks, and you were over 16 years old, would you be blaring MRA bulls*** on Twitter right now?”

The tweet, which was aimed at her daughter’s partner, Elon Musk, has since been deleted.   Garossino also commented when others criticized Musk’s tweet. Canadian activist Gerald Butts tweeted: “Buddy has a 3 week old baby. Maybe step away from the broflakes.” In response, Garossino tweeted that her grandson was “Not yet 2 weeks old”. 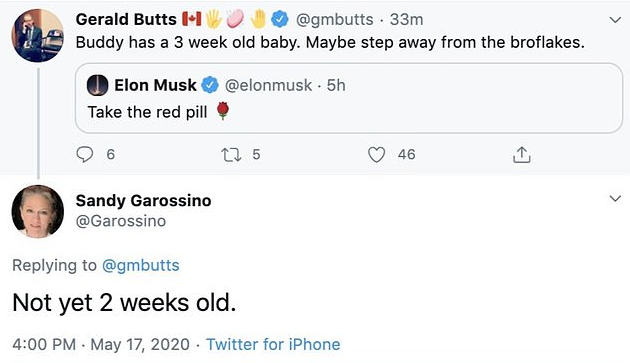 Well, after his partner’s mother slammed him, Elon took to Twitter to call for”more fun” and an end to cancel culture. The billionaire Tesla founder tweeted on Tuesday, May 19: “Cancel Cancel Culture!”

The post Elon Musk calls for end to cancel ‘culture’ after his girlfriend’s mother slammed him on Twitter for right-wing Red Pill tweet appeared first on Linda Ikeji Blog.