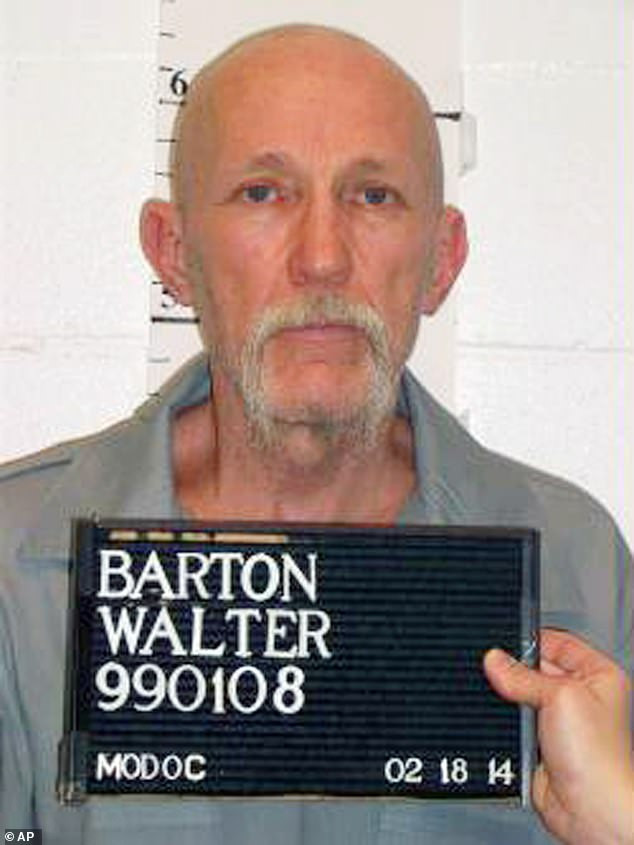 A Missouri man, who was sentenced to death for killing an elderly woman nearly three decades ago, is set to become the first person to be executed since the coronavirus pandemic was announced. Walter Barton, 64, will die by lethal injection tonight for the slaying of Gladys Kuehler, 81, in 1991.  The execution is expected to hold despite the fact that a jury recently said that “compelling” new evidence made them feel “uncomfortable” about the conviction. A federal appeals court on Sunday overturned a 30-day stay of execution granted by a judge two days earlier and Republican Missouri Gov. Mike Parson said Monday that he had not heard anything to make him reconsider the execution which will “move forward as scheduled.” 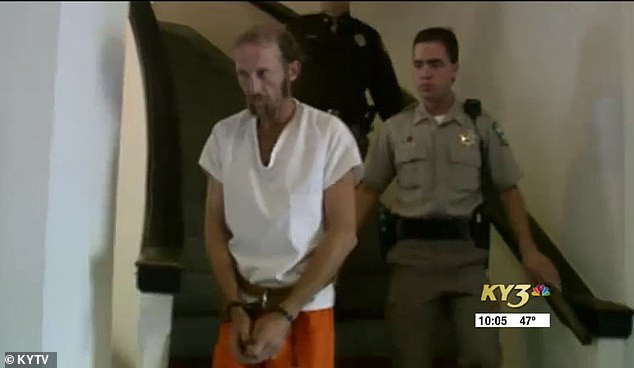 If the execution goes ahead, Barton would be the first person executed in the US since Nathaniel Woods was put to death in Alabama on March 5.  Gladys Kuehler operated a mobile home park in the town of Ozark, Missouri, near Springfield. In October 1991 she was found dead in her bedroom. She had been beaten, sexually assaulted and stabbed more than 50 times. Barton has insisted for years that he is innocent, and his case has been tied up for years due to appeals, mistrials and two overturned convictions. Barton often spent time at the mobile home park that Kuehler operated. He was with her granddaughter and a neighbor on the evening of October 9, 1991, when they found Kuehler dead in her bedroom. Police noticed what appeared to be blood stains on Barton’s clothing, and DNA tests later confirmed it was Kuehler’s.  Barton said the stains must have occurred when he pulled Kuehler’s granddaughter away from the body. The granddaughter first confirmed that account but testified that Barton never came into the bedroom. A blood spatter expert at Barton’s trial said the three small stains likely resulted from the “impact” of the knife. The first attempt to prosecute Barton ended in a mistrial in 1993 after his attorney objected that prosecutors had failed to endorse any trial witnesses. Another mistrial was declared that same year after another jury deadlocked. Barton was convicted in 1994 and sentenced to death. The state Supreme Court overturned the conviction over objections to the prosecutor’s final arguments. Barton was convicted again and sentenced to death in 1998, but another new trial was ordered when a judge found that the prosecution had failed to disclose the full background of one of its witnesses, among other improprieties. At his fifth trial, in 2006, Barton was convicted for the third time. The state Supreme Court upheld that conviction and death penalty in 2007, but Barton has continued his appeals. In recent court filings, Barton’s attorney, Fred Duchardt Jr., cited the findings of another blood spatter expert. Lawrence Renner examined Barton´s clothing and boots and concluded the killer would have had far more blood stains. Duchardt said three jurors recently signed affidavits calling Renner’s determination “compelling” and saying it would have affected their deliberations. The jury foreman said that based on the new evidence, he would have been “uncomfortable” recommending the death penalty. One of those on the jury went as far to say they had “serious questions” about Barton’s guilt even at the trial. But former prosecutor Ron Cleek, who tried Barton’s fifth trial, disagreed. “He had fair trials. He really did receive his whole due when it came down to it. This last trial that I did was very clean,” he told KSPR. “The victim gets her just due. I think it was the right decision then. It’s the right decision now. His life will be ended so that no one else could be hurt. He is not an innocent man.”The post Missouri inmate will be executed tonight in first execution since pandemic began after he was convicted for killing an elderly woman nearly 3 decades ago appeared first on Linda Ikeji Blog.