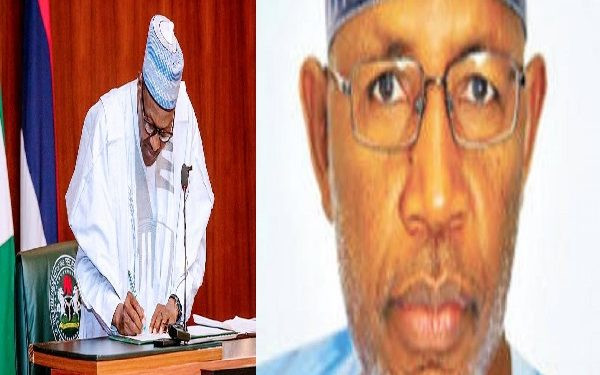 President Buhari has forwarded a letter to the Nigerian Senate, seeking the confirmation of Mr Lamido Yuguda as new Director-General of the Securities and Exchange Commission (SEC). The request letter from the President was read on the floor of the Senate by the Senate President, Ahmad Lawan, during plenary today May 19. The letter in part reads“Pursuant to Section 3 and 5(1) of the Investment and Securities Act 2007, I write to request for confirmation by the Senate, the appointment of the following four nominees as Director-General and Commissioners of the Securities and Exchange Commission (SEC). Their CVs are attached herewith.”Others for confirmation as full-time commissioners are Reginald Karausa, Ibrahim Boyi, and Obi Joseph. Yuguda is to take over from Mounir Gwarzo who was suspended by former Finance Minister, Kemi Adeosun, for allegedly approving the sum of N104 million for himself as severance package for being a former commissioner of SEC. He was also accused of using his office to award contracts to members of his family and friends, in violation of the rules guiding the commission, an allegation he denied. A Federal High court struck out the charges against him. He was later reinstated into office following an order from The National industrial court but he never returned. A look at the incoming DG’s CV shows he obtained a bachelor of science degree in accounting from Ahmadu Bello University, Zaria, in 1983 and a master’s in money, banking, and finance from the University of Birmingham, United Kingdom in 1991. He also holds a certificate in financial asset management and engineering from the Swiss Finance Institute, Geneva, Switzerland. He began his career with the CBN as senior supervisor, foreign operations department in 1984 with responsibility for maintaining Nigeria’s external debt records.   The post President Buhari nominates Lamido Yuguda as new DG for Securities and Exchange Commission, SEC; forwards name to Senate for confirmation appeared first on Linda Ikeji Blog.