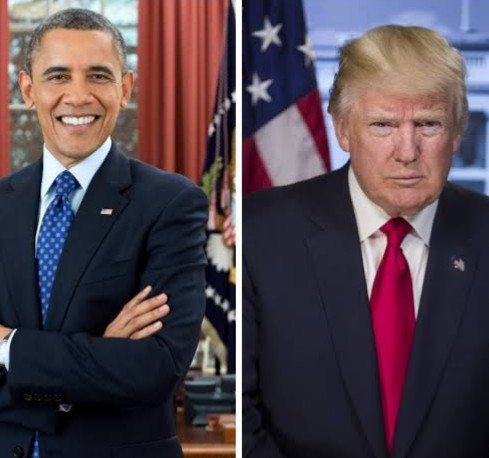 Barack and Michelle Obama’s presidential and first lady portraits will not be unveiled and hung in the White House until Donald Trump is out of office. It was revealed on Tuesday morning, May 19, that the tradition of previous presidents returning to the White House to meet with their successor to unveil their portraits, will be skipped. The long-held tradition seems to span back to the 1970s. It sees current presidents attending the unveiling ceremony of the portraits of their predecessors and their wives during their first term. At the past unveiling ceremonies, the former president, first lady, staff and close friends and family are able to mingle with the current White House occupant and his administration and family. However, as Trump’s first term comes to an end, people familiar with the matter told NBC that the unveiling of the Obamas’ portraits will not happen during Trump’s presidency due to the bitter feud between Trump and Obama. 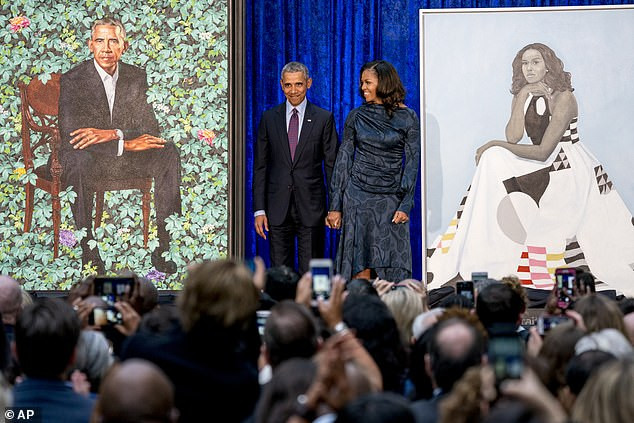 If Trump wins a second term in November, Obama may have to wait until 2025 to have his portrait revealed and displayed in the White House among every U.S. president before him. According to inside reports, Obama has no interest in participating in the post-presidency tradition as long as Trump is in office and Trump has no qualms with snubbing a presidential custom. This will be the first time in years that this tradition will be skipped. The tradition held even for past American presidents who have issued harsh criticism of each other or ousted the other from office in sour races. Jimmy Carter welcomed Gerald Ford and his wife Betty back to the White House just four years after Carter had defeated Ford in his reelection bid for the first formal East Room ceremony in 1980. And after George H. W. Bush lost reelection, Bill Clinton still hosted Bush in the East Room, saying “Welcome home.” When Obama hosted former President George W. Bush for his portrait unveiling in 2012, he said: “We may have our differences politically, but the presidency transcends those differences.” It appears Trump and Obama will not be able to move past their differences for the tradition to hold this time. The break from tradition comes as Trump and Obama have recently upped their public attacks toward one another.The post White House portraits of Barack and Michelle Obama will not be unveiled until Donald Trump leaves office appeared first on Linda Ikeji Blog.