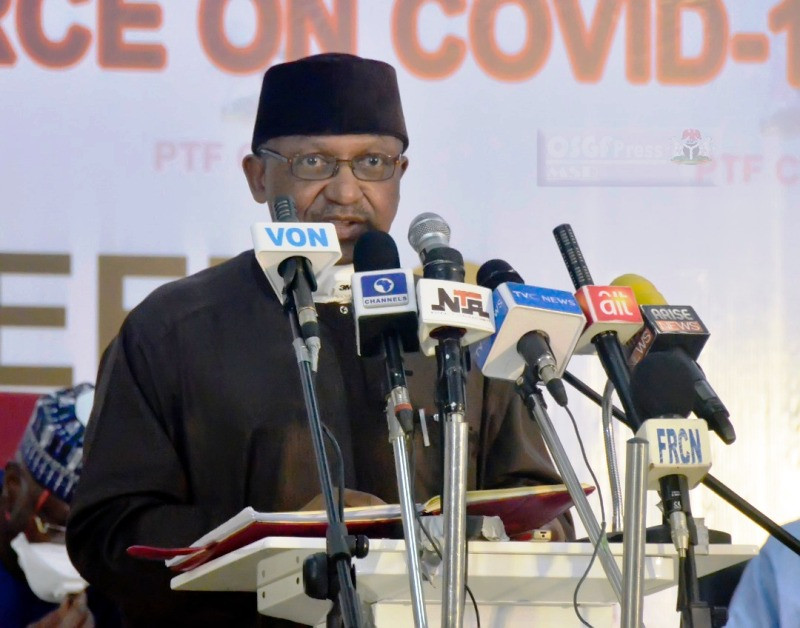 Dr Osagie Ehanire has said that 70 percent of Nigerians that have died from the novel Coronavirus in the country are persons with hypertension, diabetes, kidney disease, HIV, cancer, and tuberculosis. He stated this during the briefing of the Presidential Task Force on COVID -19 on Thursday, May 21. According to the Minister, analysis of the number of deaths so far recorded as a result of the virus showed that 70 percent were males while the remaining 30 percent were females. “The core morbidity of the fatalities we have had to COVID -19, 70% of them have hypertension, or diabetes, and the rest were kidney disease, HIV, cancer, tuberculosis, and other sundry challenges. A finding from the analysis of the death patterns shows 70% to 30% for male and female around that ratio and about 70% fatalities were persons who are 60 years old while a majority of positives were between the ages of 29 and 49; those are the most active ages in life.A curious finding from the analysis of the deaths shows that nearly half of them died at home. Of those who died at home, about 50% did not show any symptoms. This underscores my earlier emphasis on the need for those who test positive to report for treatment.I would also advise those who have taken the test and are awaiting results to heed the advisory to self-isolate from friends, wear face masks and observe hand and respiratory hygiene until your result is out so that your community and those around you will not necessarily be exposed.” he saidThe post Hypertension, diabetes, tuberculosis, others account for 70% COVID -19 deaths – Minister of Health, Osagie Ehanire appeared first on Linda Ikeji Blog.