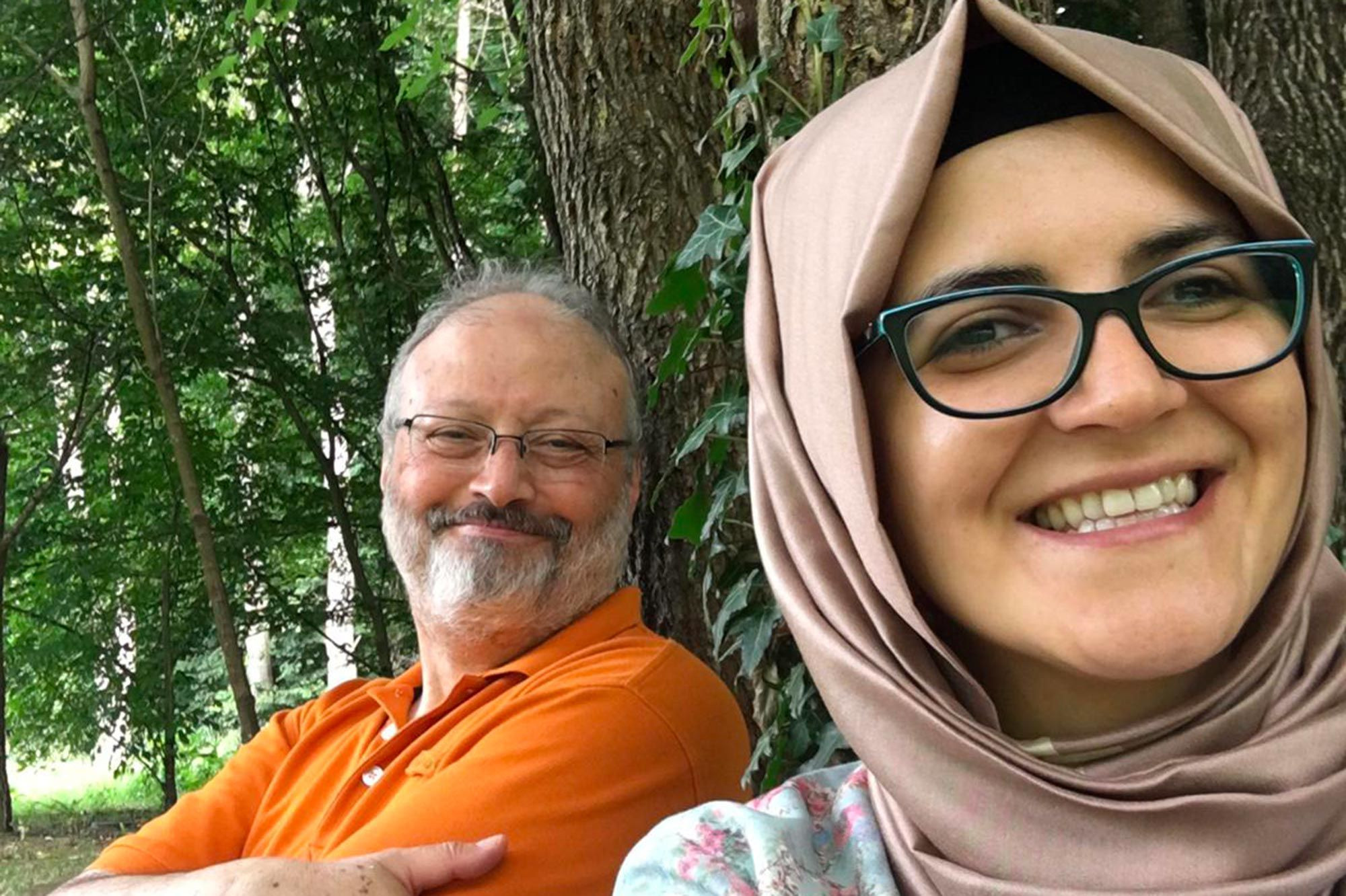 Hatice Cengiz, the Turkish fiancee of murdered Saudi journalist Jamal Khashoggi has rejected his son’s announcement of forgiving his father’s killers.  Recall that Khashoggi, a critic of the Saudi government was killed inside the Saudi consulate in Istanbul, Turkey, while seeking documents to get married to Hatice Cengiz in 2018. While Saudi officials claimed was a “rogue operation” and not sanctioned by the state, the account was however doubted globally. After offering changing accounts of his disappearance, Saudi authorities eventually admitted he was killed in a botched operation by a team tasked with getting him to return to the country. In December 2019, a court sentenced five unnamed men to death for their roles in his killing after a secret trial in Riyadh. However Salah Khashoggi, one of the sons of the late journalist said in a statement shared on Friday May 22, that his family has pardoned those who took his father’s life.  The statement read;  “In this blessed night of the blessed month [of Ramadan] we remember God’s saying: If a person forgives and makes reconciliation, his reward is due from Allah. “Therefore we the sons of the Martyr Jamal Khashoggi announce pardoning those who killed our father, seeking reward God almighty.” 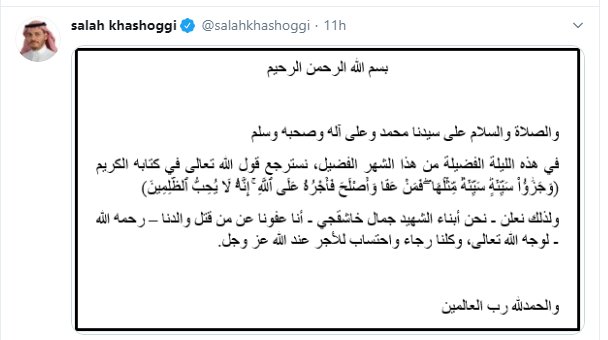 Under Islamic law, death sentences in Saudi Arabia can be commuted if the victim’s family pardons the perpetrator, but it is not clear whether that will happen in this case. Khashoggi’s fiancee countered the forgiveness offer in tweets she shared on Friday. She insisted that “nobody has the right to pardon the killers”. Hatice Cengiz tweeted; “Jamal Khashoggi has become an international symbol bigger than any of us, admired and loved. “His ambush and heinous murder does not have a statute of limitations and no one has the right to pardon his killers. I and others will not stop until we get #JusticeForJamal. “The killers came from Saudi with premeditation to lure, ambush & kill him… We will not pardon the killers nor those who ordered the killing.” 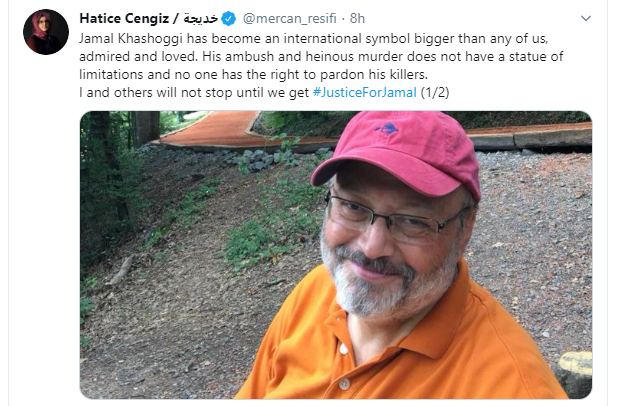 Yahya Assiri, the head of UK-based Saudi rights group ALQST also backed Cengiz’s reaction. He wrote;  “The murder of Jamal Khashoggi is not a family case, it is not a mistake in a normal context!. “The authorities killed him because of his political work,” Assiri said. “His case is political, so keep silent!”We reject the use of Saudi authorities of some of Khashoggi’s family members to whitewash the country’s judiciary and dwarfing Khashoggi’s case,” the statement said, adding that Khashoggi’s family or at least some members of it do not have their full freedom to say what they want.”Secondly, and more importantly, the fact is that the issue does not concern Jamal Khashoggi’s family only, but rather is an issue of public opinion as Khashoggi was a political writer who criticised the political system and was killed for that.” 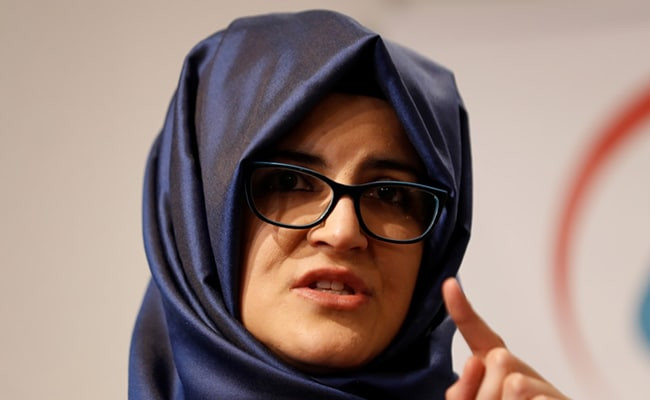 Last year, the Washington Post reported that Khashoggi’s children had received homes and monthly payments as compensation for the killing of their father. The post No one has the right to pardon his killers – Jamal Khashoggi’s fiance rejects his son’s announcement of forgiving his killers appeared first on Linda Ikeji Blog.