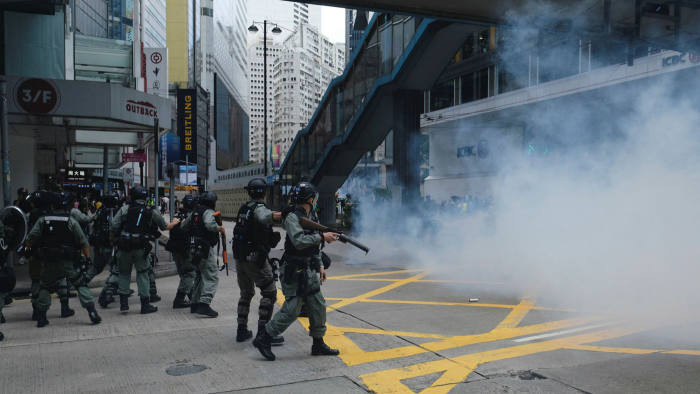 A protest in Hong Kong against Beijing’s controversial plan to directly impose national security laws on the semi-autonomous financial hub, took a different turn today as teargas was fired at protesters.  Videos shared online showed the protesters gathering in the busy Causeway Bay and Wan Chai districts with makeshift barricades as they chanted slogans such as “Five demands, not one less” in reference to their demands from the government, including investigation of alleged police brutality against anti-government protesters last year. Others chanted “Hong Kong independence, the only way out,” and others flew blue, pro-independence flags. 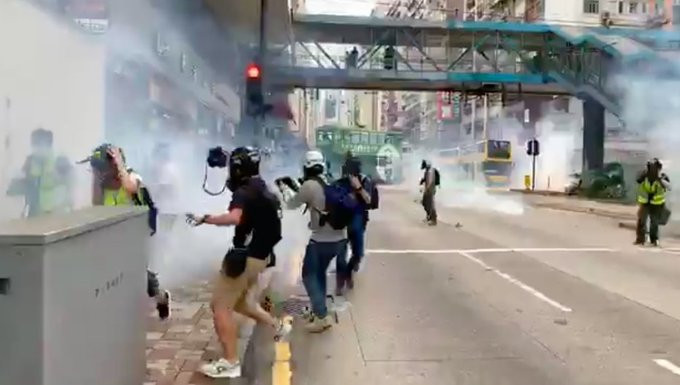 The planned legislation expected to ban treason, subversion and sedition, comes after Hong Kong was shaken last year by months of massive, often-violent protests, and repeated warnings from China that it would not tolerate dissent. The new law will also enable mainland Chinese national security agencies to operate in the city for the first time.  Tear gas was fired around 1:25pm as protesters sought to march to Wan Chai. pic.twitter.com/ZPRKJ5N5WM— Hong Kong Free Press HKFP (@HongKongFP) May 24, 2020Sizeable gathering outside SOGO mall in Causeway Bay chanting protest slogans pic.twitter.com/NER8l4S4yB— Wei Du (@WeiDuCNA) May 24, 2020 A 25-year-old protester Vincent told AFP;  “People may be criminalised only for words they say or publish opposing the government. “I think Hongkongers are very frustrated because we didn’t expect this to come so fast and so rough. But … we won’t be as naive as to believe that Beijing will simply sit back and do nothing. Things will only get worse here.” 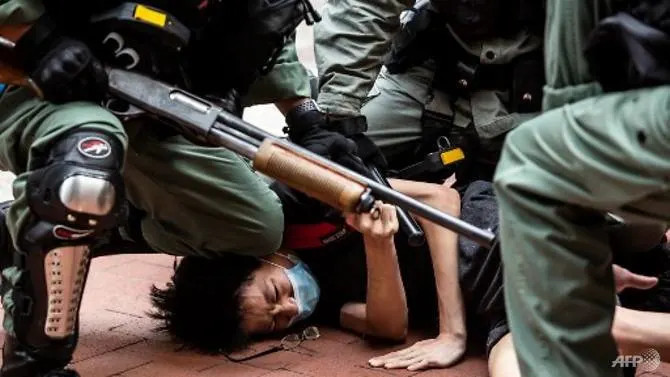 The move has sparked concerns over the fate of the “one country, two systems” formula that has governed Hong Kong since its return to Chinese rule in 1997 and which guarantees the city broad freedoms not seen on the mainland. Speaking in Beijing, China’s foreign minister, Wang Yi said enacting the proposed anti-sedition law to stop anti-government protests that have persisted for the past year had become a “pressing obligation”. 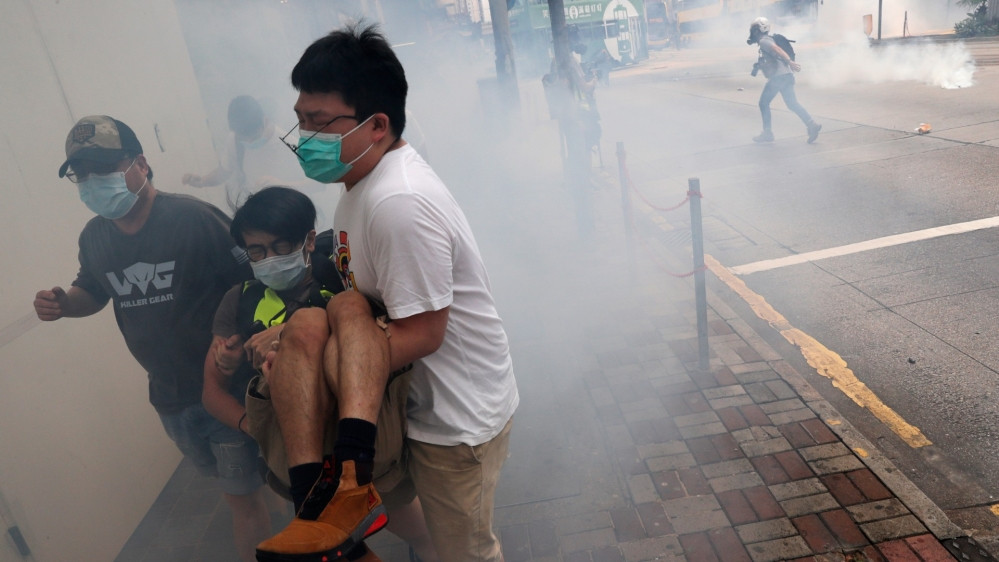 He said;  “We must get it done without the slightest delay.” Wang said a legislative process to write the details of the law would begin after a proposed decision is approved next week at China’s National People’s Congress (NPC), known as the country’s rubber-stamping parliament where delegates pass already approved policies. Causeway Bay: Police sweep into the Times Square area, arrest a young man and threaten the press with pepper spray. pic.twitter.com/DVaIS0Zvyu— Hong Kong Free Press HKFP (@HongKongFP) May 24, 2020 Hong Kong has always prided itself on following the rule of law, with an independent judiciary and civil liberties far beyond what is allowed across the border in mainland China. The new law will have drastic effects on large swathes of Hong Kong society, from the city’s political sphere to media, education and international business.The post Hong Kong Police fire teargas at citizens protesting against China’s proposed security law appeared first on Linda Ikeji Blog.