Money is meant to be spent – Lagos Speaker, Mudashiru Obasa reacts to allegations of fraud against him (videos) 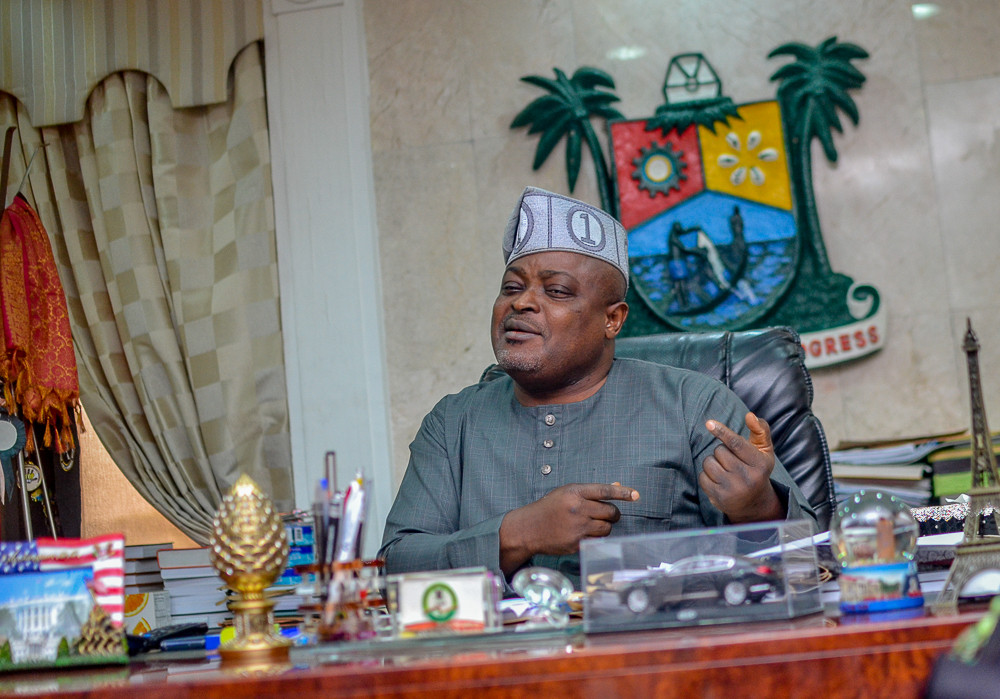 Lagos House of Assembly Speaker, Mudashiru Obasa has reacted to allegations of fraud leveled against him which has incited mixed reactions.  Obasa was accused of giving his mistress N34m to organise media and CSO parley, having 64 bank accounts, using N258M for the printing of IV’s for the Assembly inauguration, taking N80m as estacode for a 5-day event, paying N13.7m for small chops, water, juice and soft drinks among other things.  However reacting to the allegations in an intervew with media personality Dele Momodu, Obasa who denied any wrongdoing stated that money is meant to be spent. He insisted that he cannot be linked to misappropriating funds by any Lagos government official because there was provision for all he spent in the budget.  Obasa pointed out that the purpose of money is for it to be spent, but he however denied spending the huge amount he was accused of on the events it was meant for. He also disclosed that some of the expenditure captured in the budget has been in existence before his emergence as speaker of the state house of assembly.  The speaker also alleged that there are people in the parliament who “steal documents with an aim of achieving what is not achievable”.  Here are the videos below;       View this post on Instagram           A post shared by Lindaikejiblog (@lindaikejiblogofficial) on May 24, 2020 at 1:27am PDT     View this post on Instagram           A post shared by Lindaikejiblog (@lindaikejiblogofficial) on May 24, 2020 at 1:32am PDTThe post Money is meant to be spent – Lagos Speaker, Mudashiru Obasa reacts to allegations of fraud against him (videos) appeared first on Linda Ikeji Blog.