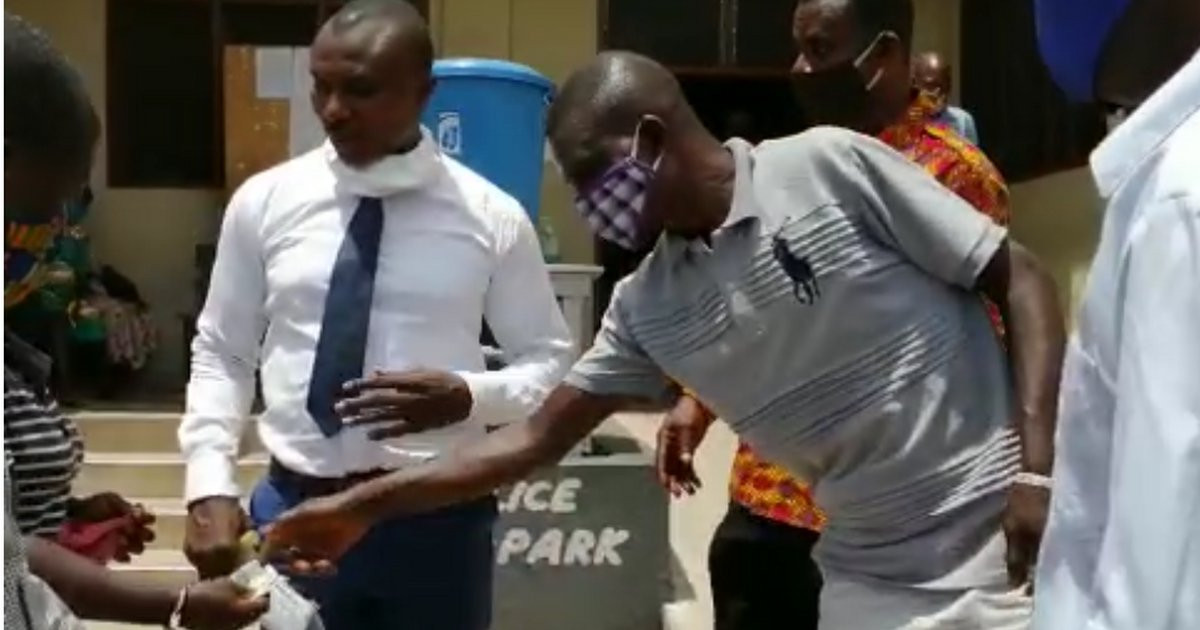 A Ghanaian man whose wife allegedly plotted with her lover to have him killed still showed his soft spot for her after she was remanded in Police custody for the second time by the Asokwa District Court in Kumasi.He was pictured handing money to his wife for her upkeep in prison following her second appearance in court on Friday, May 22. The 27-year-old woman called Mavis ‘Maadwoa’ Brepo, married to David Gator, 55, allegedly planned with her 50-year-old boyfriend, Patrick Asare, to kill her husband so they could settle down together. 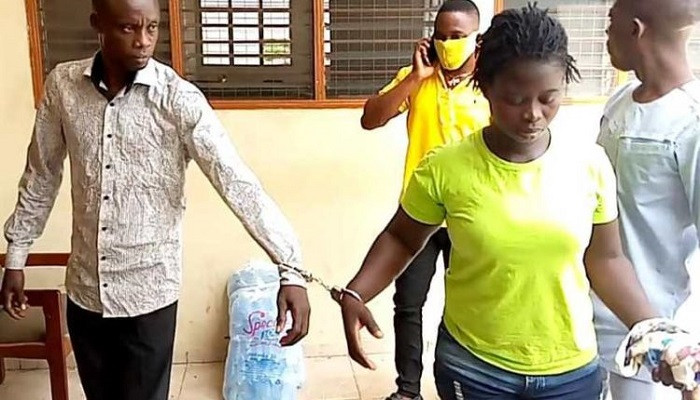 Mavis Brepo and Patrick Asare were reportedly arrested after an assassin they had called to do the job turned out to be the Manhyia Divisional Police Commander.Since their arrest, Gator has maintained her innocence, claiming that she was under the influence of a spiritual force when she planned with her lover to have her husband killed so they could both get married. The two suspects made their first appearance in court on Friday, May 8, 2020.Adom News reported that Gator who was in court with other family members assured his wife of his undying love as she cried profusely after the hearing.  He also gave her an undisclosed sum of money and reportedly told her it was for her upkeep in prison while an investigation into the matter continues. 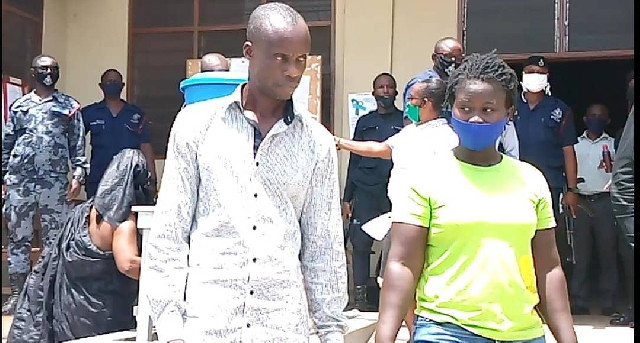 The publication also claimed that Mr. Gator has long forgiven Mavis and appealed for the charges against her to be dropped so that he can take her back as his wife. The case was adjourned to June 3.The post Man gives wife ‘money for her upkeep’ in jail after she plotted with her side guy to have him killed (Photo) appeared first on Linda Ikeji Blog.