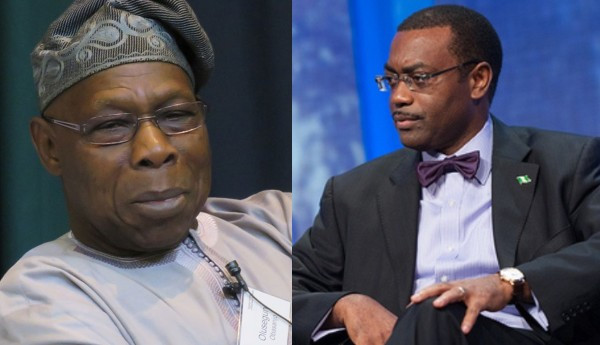 Former President Olusegun Obasanjo has lashed out at the United States Government over calls for independent investigation of the President of the African Development Bank, Akinwumi Adesina.  Adesina has been accused of embezzlement, preferential treatment of Nigerians in senior appointments and promoting people accused or found guilty of fraud and corruption, an allegation he has repeatedly denied.  Obasanjo in his letter urged Kaba Niale, the chairman of the AfDB board of governors to follow laid down processes to protect and preserve the bank. The former President stated that if the bank is not protected following the US’ rejection of exoneration of Adesina by the ethics committee of AfDB, it might mean the end of the African Development Bank as its governance will be hijacked away from Africa.  He said;  “The call for an independent investigation of the president is outside of the laid down rules, procedures and governing system of the bank and its articles as it relates to the code of conduct on ethics for the president. “Unfortunately, the US government, through the US treasury secretary, has written a public letter (that was also distributed to the press globally) to disagree with the conclusions of the ethics committee of the board of directors and the chairman of the board of governors of the bank.Instead of accepting the exoneration of the president of the bank, they called for an independent investigation.“This is outside of the rules, laws, procedures and governance systems of the bank. The US treasury secretary disparaged the bank and ridiculed the entire governance system of the bank which has been in place since 1964.“This is unprecedented in the annals of the African Development Bank Group. If we do not rise up and defend the African Development Bank, this might mean the end of the African Development Bank, as its governance will be hijacked away from Africa.”It is critical to emphasise the need for the AfDB to remain an African-focused development bank rather than one which serves interests outside Africa.” Obasanjo insisted that Mr Adesina has taken the bank to a great height since he took the position in the last five years and should not be victimised.The post US has belittled AfDB Obasanjo writes over calls for probe of Akinwumi Adesina appeared first on Linda Ikeji Blog.