A Twitter user has taken to his handle to cry for help as his brother is allegedly being detained by the police for trying to helping a dying friend. @omogunoriola in a Twitter thread said on May 13, his brother was with some friends at a joint when two masked men came in and shot Muyiwa Opaleye, the son of former military administrator of Ondo state, Brig.-Gen. Opaleye. He said his brother stayed back and tried to help save Muyiwa’s life but that help is now looking like a mistake as he has been detained by the police since then. According to reports, (read here) after Opaleye was shot, all of his friends allegedly abandoned him, save for one identified as Kunle, who ran back to save him. He was said to have lifted him up, taken him to his (Opaleye’s) Honda City Sedan car and rushed to a nearby hospital where doctors confirmed Opaleye dead on arrival. Unfortunately for Kunle, the Police at Soloki Station, Aguda invited him for interrogation. He was eventually detained and moved to the State Criminal Investigation and Intelligence Department (SCIID) Panti as a suspect. According to his brother, omogunoriola, he is still in police custody. Continue to read his tweet below 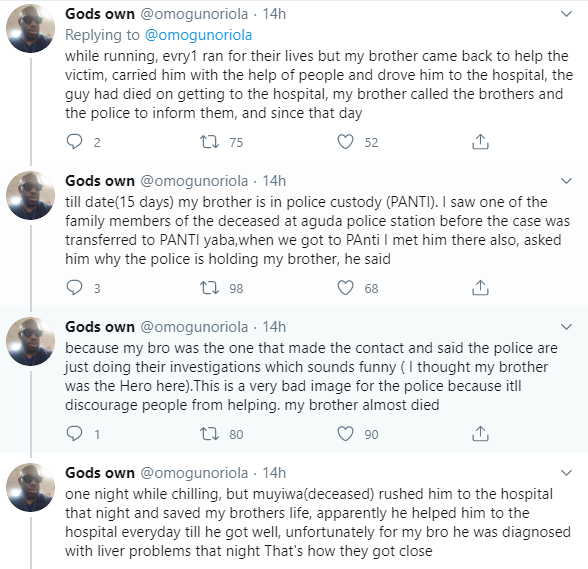 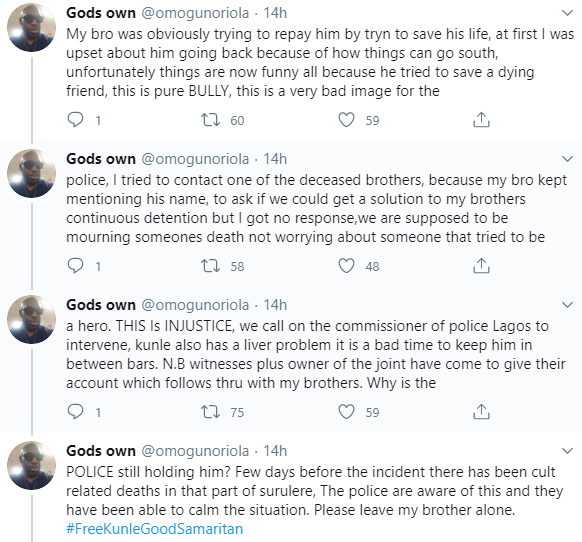 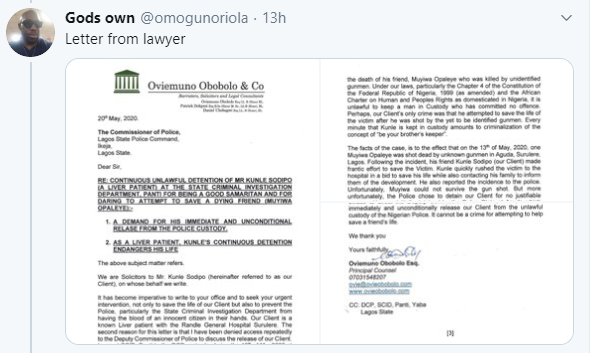 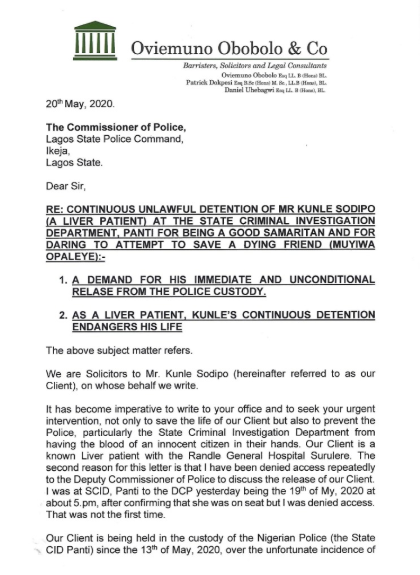 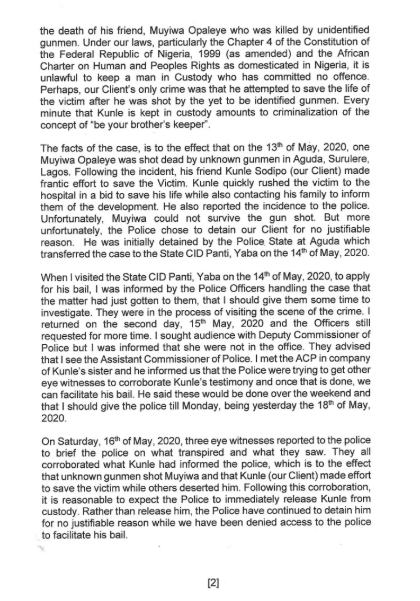 The post Twitter user seeks help as his brother has allegedly been detained by the police after trying to save murdered son of ex-Ondo military administrator appeared first on Linda Ikeji Blog.