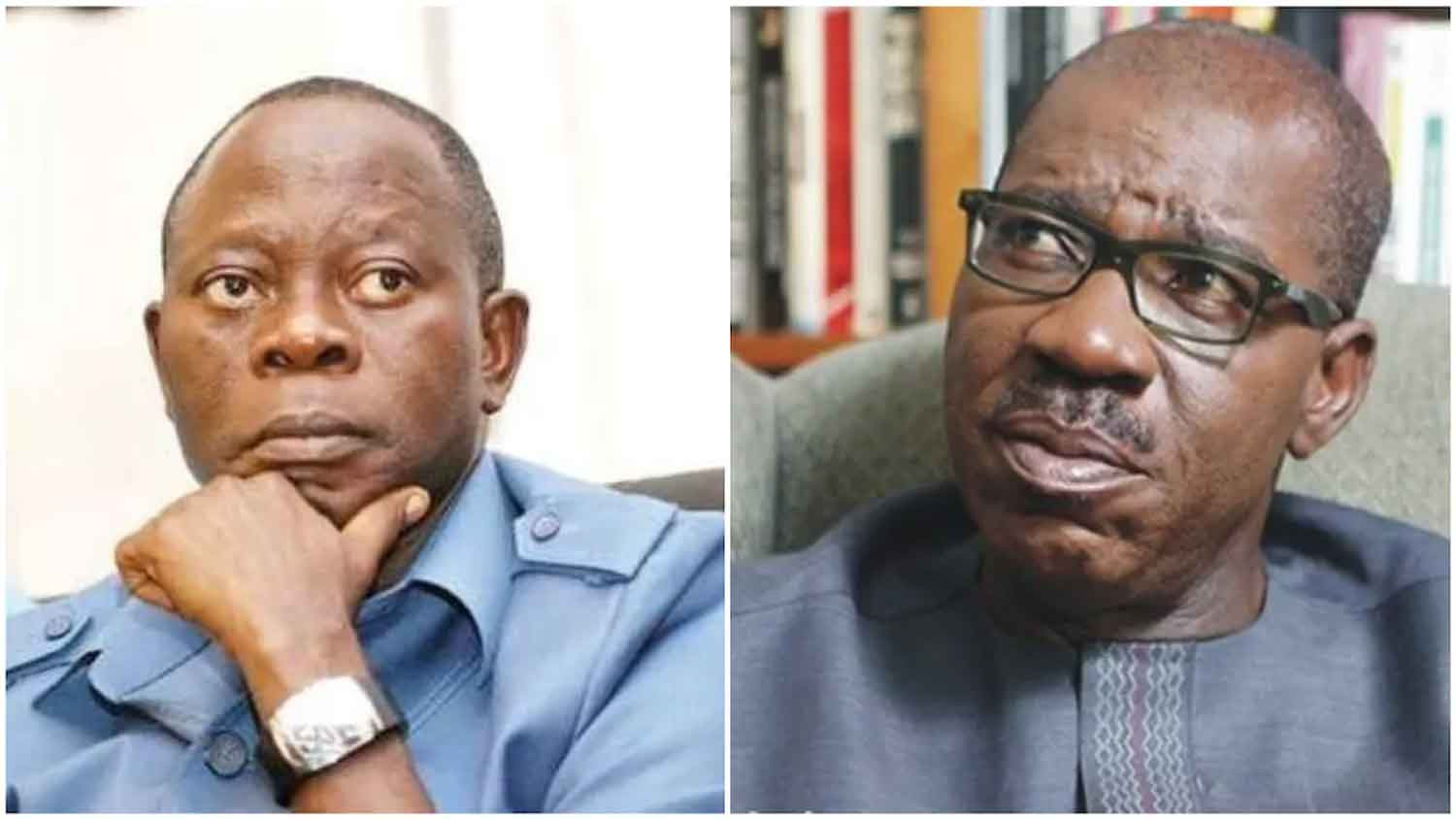 Governor Godwin Obaseki has been handed an interim order by a federal high court in Abuja from arresting and prosecuting Adams Oshiomhole, his predecessor and the national chairman of the All Progressive Congress (APC). The court granted the order after a panel was set up by the Governor to probe the construction of the Edo specialist hospital and supply of equipment for the hospital, following the indictment of Oshiomhole for breach of the state’s public procurement law while he was governor of the state. While Oshiomhole asked the court to stop his arrest and prosecution on account of the Edo state panel report, the Edo state Government challenged the reliefs the former Governor of the state sought for.  Justice Ahmed Mohammed who listened to both parties in the suit on Monday June 1, issued an order restraining the prosecution of the applicant pending the determination of the issue of jurisdiction. Mohammed said;  ”An interim order is hereby made restraining the prosecution of the applicant pursuant to the report submitted to the 1st to 3rd respondents or any white paper, pending the determination of the issue of jurisdiction raised in the 1st to 4th respondents notice preliminary objection.” The case was subsequently adjourned to June 17, 2020 by the federal high court judge who directed Oshiomhole’s counsel, Idahosa West to to serve all the respondents his processes within 48 hours.The post Court bars Governor Obaseki from prosecuting Oshiomhole appeared first on Linda Ikeji Blog.