Cristiano Ronaldo tops chart for highest-earning athlete on Instagram during COVID-19 lockdown ahead of Messi and Neymar after making estimated Â£1.9m 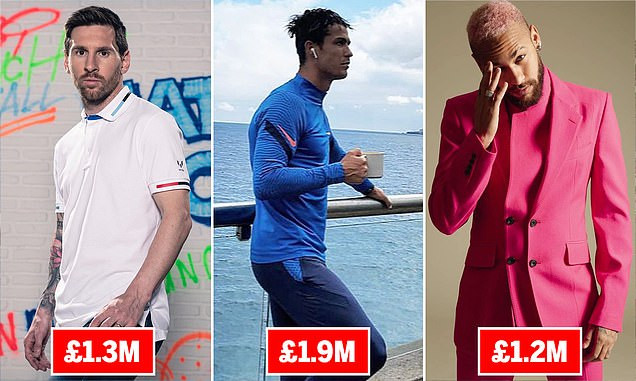 Juventus and Portugal striker, Cristiano Ronaldo has topped the chart for the highest-earning athlete on Instagram after he made roughly £1.9m during Coronavirus lockdown. The five-time Ballon d’Or winner, who has 219 million Instagram followers commanded the highest fee at an estimated £470,584 per sponsored post, of which he made four on his page during the lockdown period of March 12 to May 14. His arch-rival and Barcelona superstar, Lionel Messi came second in list, earning £1.3m overall from the four sponsored posts he made.  Paris Saint-Germain superstar, Neymar is third in the charts, earning an estimated £1.2m. Three other footballers also made it in the top 10 list. They include former England and Manchester United star David Beckham (£405,000), AC Milan’s Zlatan Ibrahimovic (£184,000) and São Paulo FC’s Dani Alves (£134,000). 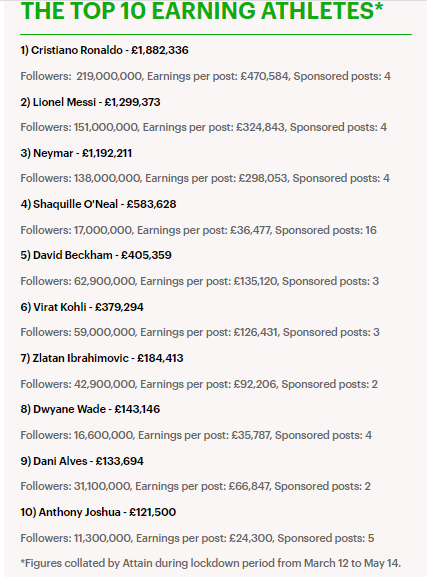 The post Cristiano Ronaldo tops chart for highest-earning athlete on Instagram during COVID-19 lockdown ahead of Messi and Neymar after making estimated 1.9m appeared first on Linda Ikeji Blog.