“You sure say you no enjoy am” Boss accuses police of mocking her salesgirl, 18, who was raped by dispatch rider and claims LUTH staff have refused to treat the girl 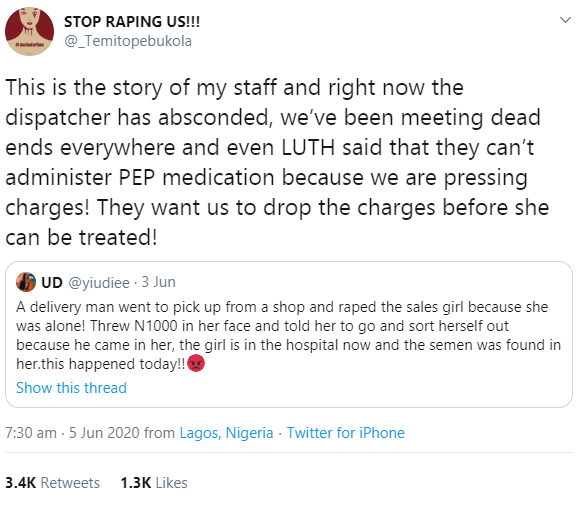 A business owner has accused the police and LUTH of perverting the course of justice after her 18-year-old sales girl was raped by a dispatch rider. Temitope Bukola of House Sisi said her sales girl was raped by a dispatch rider who arrived to pick up a delivery. She added that she has been trying to get justice for her sales girl but the policewomen she reported to at two different police stations only mocked the girl. She also claims that LUTH staff have refused to treat the girl unless they drop the rape charges. Narrating how the incident happened, Bukola said a 45-year-old “six foot man with lots of body mass” raped the 18-year-old girl. As she screamed during the assault, he allegedly told her no one will hear her. After raping her, he allegedly tossed 1,000 Naira at her and asked her to use it in treating herself. Bukola said she told the girl not to wash up and she took her to the hospital where tests showed she had been subjected to “forceful penetration”. The man’s sperm was also taken by medics. However, the man is now on the run. Bukola said she then took the girl to two different police stations (Sabo police station and Ilaje police station in Bariga) and the policewomen there mocked the girl and asked if she didn’t enjoy it. She added that she took the girl to LUTH but the staff said they won’t treat her unless they drop the rape charges. Bukola said the girl who was raped has been crying often and her father has disowned her. She added that she’s been trying to get justice for the girl but she has “been meeting dead ends everywhere.” The rape incident happened on Wednesday, June 3.  Sharing the story to Twitter on the same day, @yiudiee wrote: “A delivery man went to pick up from a shop and raped the sales girl because she was alone! Threw N1000 in her face and told her to go and sort herself out because he came in her, the girl is in the hospital now and the semen was found in her.this happened today!!” 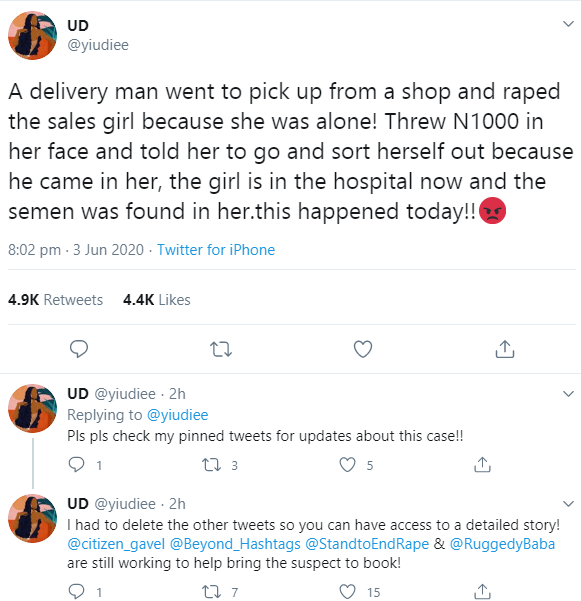 Temitope Bukola took to Twitter today to give further details. After she shared the story, LUTH became the number 1 trending topic on Twitter as Nigerians reacted to the claims. 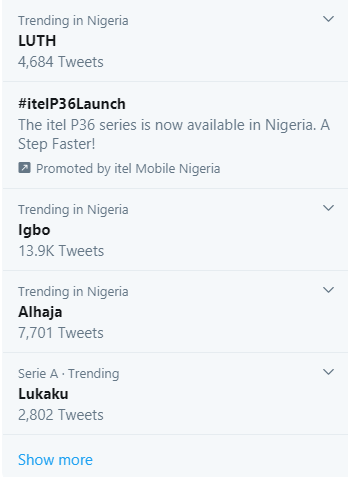 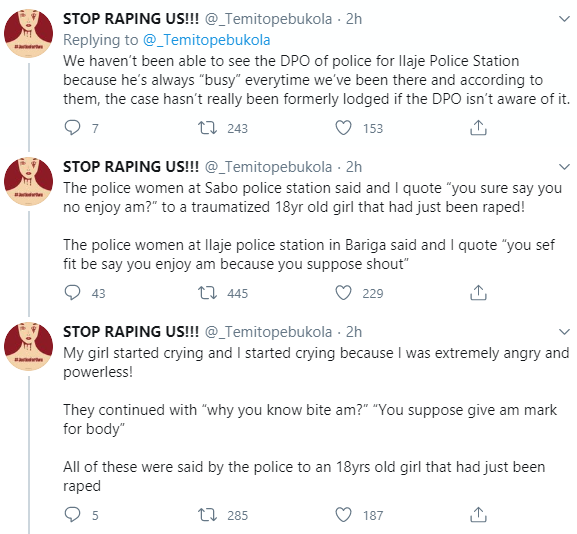 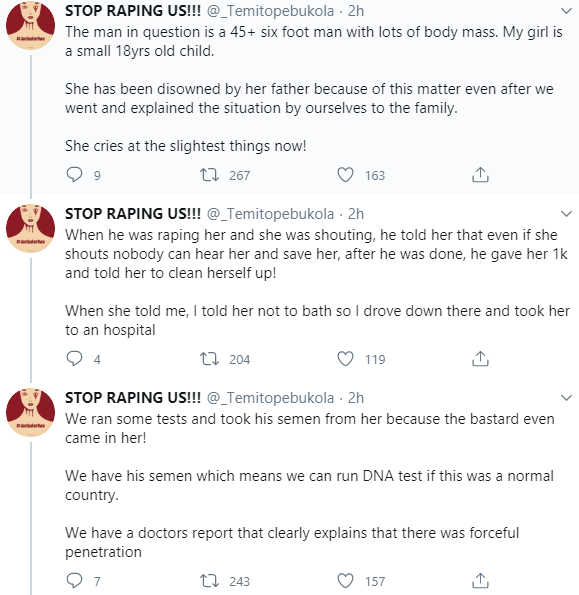 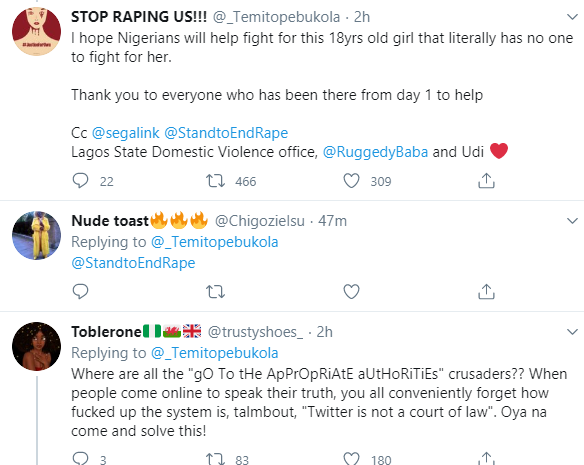 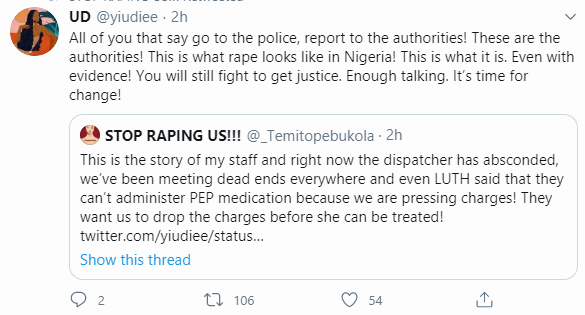 The post “You sure say you no enjoy am” Boss accuses police of mocking her salesgirl, 18, who was raped by dispatch rider and claims LUTH staff have refused to treat the girl appeared first on Linda Ikeji Blog.