Nigerians react to former Minister of Petroleum, Diezani Alison-Madueke ‘not being extraditable’ after acquiring Dominican citizenship 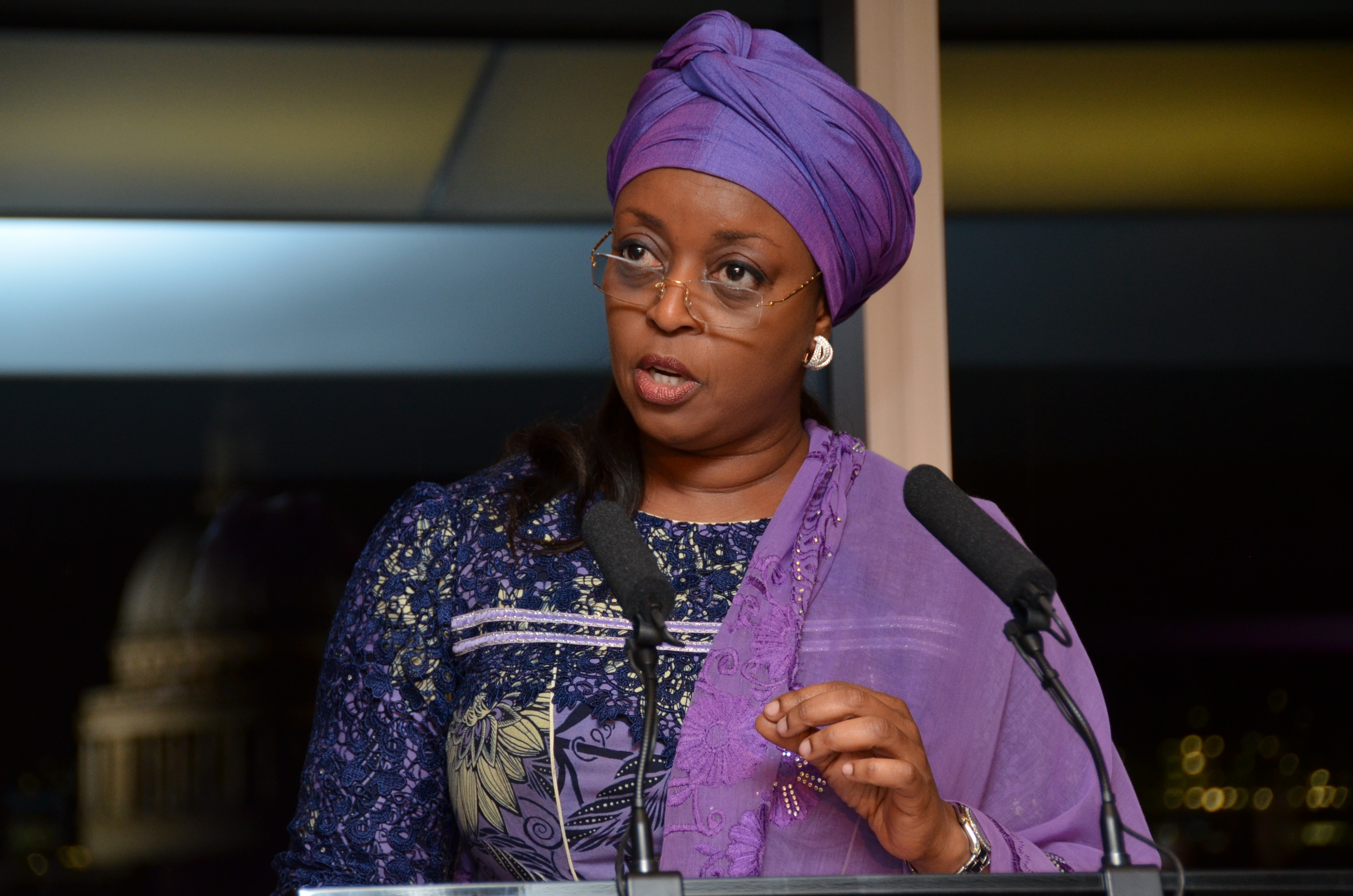 Nigerians have taken to social media to react to report of former Minister of Petroleum,  Diezani Alison-Madueke ‘not being extraditable’ after acquiring Dominican citizenship.  The Economic and Financial Crimes Commission (EFCC) move to secure the extradition of the former minister to answer to charges of N23.29 billion poll bribery scandal, had suffered a setback following her claim to citizenship of the Commonwealth of Dominica. Diezani was issued a diplomatic passport, DP0000445 by the Dominican Government on May 21, 2015 shortly before the handover to President Muhammadu Buhari by ex-President Goodluck Jonathan. The citizenship of the former Minister who was subsequently appointed as a Trade and Investment Commissioner for the Commonwealth of Dominica, was confirmed in a May 29, 2015 approval letter by the Prime Minister of the Commonwealth of Dominica, Roosevelt Kerry. It read in part;  “I am pleased to confirm your appointment as Trade and Investment Commissioner for the Commonwealth of Dominica.“Please note that this posting does not attract a remunerative package. In that respect, I am particularly encouraged by your willingness to serve.“The appointment of a Trade and Investment Commissioner is consistent with my Government’s declared intention to have a permanent and active presence in the global business and financial sector operations. We believe that Dominica can benefit immeasurably from your illustrious record and profession success, and knowledge of investments and business operations.“As Trade and Investment Commissioner, your scope of operation would revolve around the direct promotion and marketing of Dominica as a trade and investment domicile, as well as an emerging and unique tourist destination in the Caribbean.“I encourage you playing an active role in the coordination of road shows and trade and investment expositions, as well as providing facilitator services to businessmen interested in investing or doing business with the Caribbean region. Dominica is ideally placed and equipped to serve as the perfect hub for such commercial activities in this region.“Additionally, we would wish for you also to avail yourself and be of assistance to any Dominican citizen who may be keen on exploring business, trading or investment relations with the region or who may otherwise need assistance in the event of any distress.” Al Jazeera reported that Skerrit funded his election with sales of his country’s diplomatic passport without abiding by the rules of the United Nations in appointing ambassadors or diplomats.  Diezani who alongside other influential people took advantage of this deal to secure a Dominican Diplomatic Passport that prevents security agencies from investigating them, is now immune from arrest and prosecution by any law enforcement agency, including the Interpol due to the fact that the diplomatic passport contains a restraining order against any arrest or prosecution.  A top source told The Nation;  “Diezani is fully taking advantage of the system in the United Kingdom and the Commonwealth of Dominica where she is a citizen.“We cannot successfully repatriate her without the involvement of the two countries. She has really set hurdles against her extradition. While the  National Crime Agency (NCA) claimed that it is still investigating our allegations against Diezani, the Commonwealth of Dominica has not shown any interest in the return of her citizen to Nigeria.“What we have done so far is to present a comprehensive report of our findings to the NCA.“As it is now, Diezani has dual citizenship and  the UK Government would have to consult with all the affected countries.“The prospect of extraditing Diezani is cumbersome. There had been issues on the actual treaty upon which she can be extradited.  Yet she cannot be tried in foreign jurisdiction.” Here are reactions of Nigerians to the report; 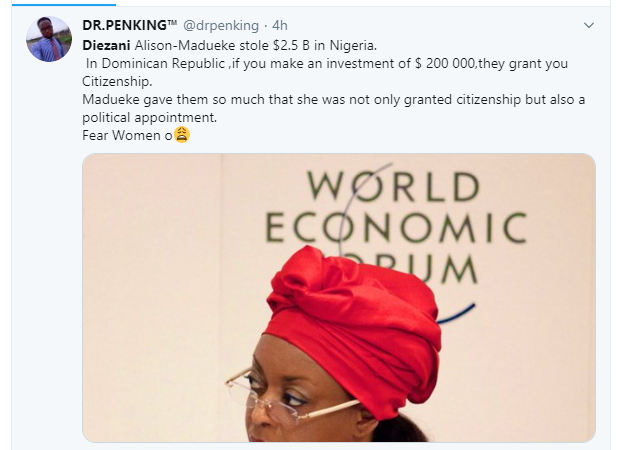 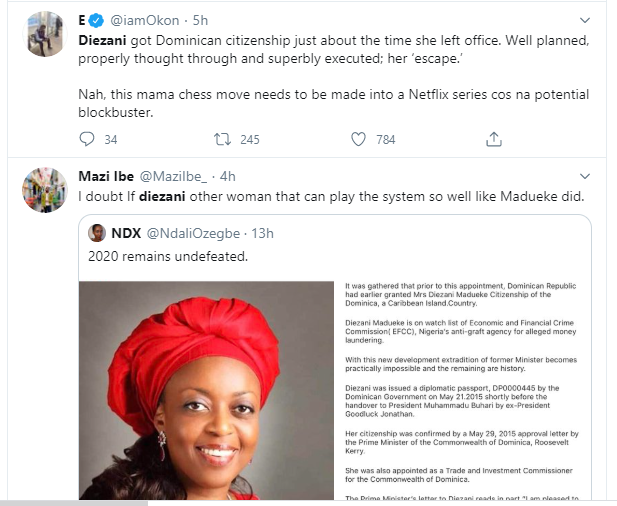 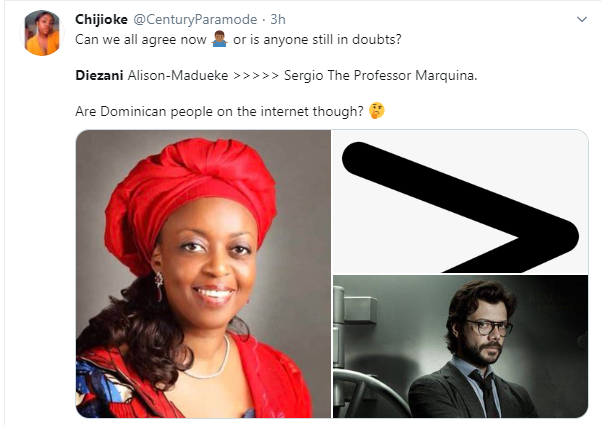 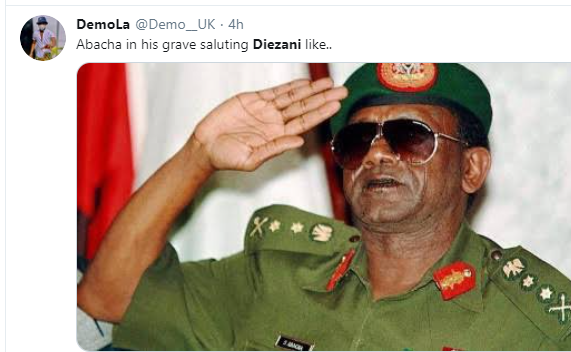 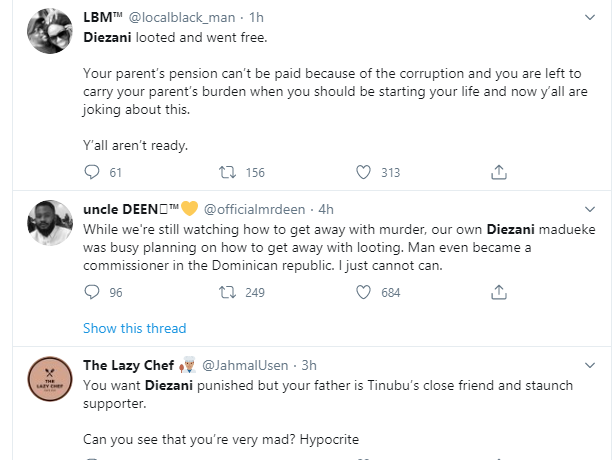 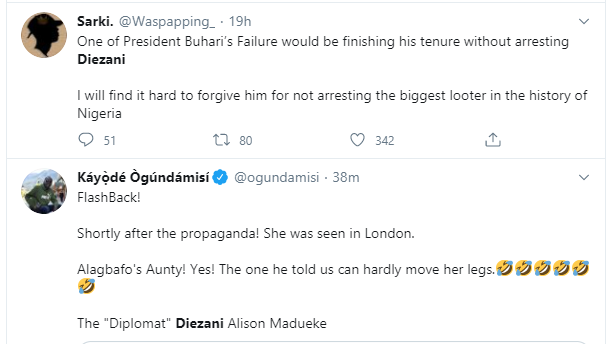 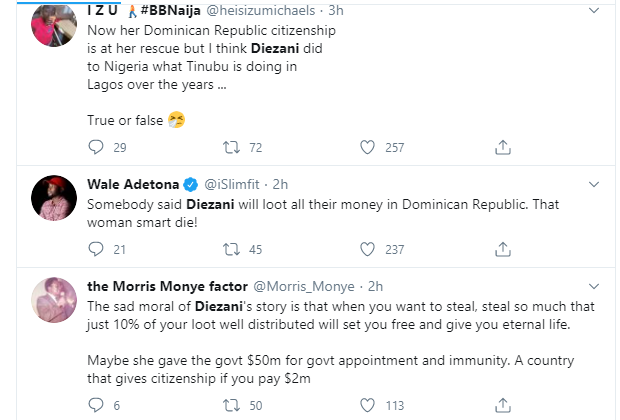 Asides the poll bribery scandal, the EFCC also wants Diezani to answer to account for  N47.2 billion; $487.5million; N23,446,300,000 and $5milion (about N1.5billion) in various Nigerian banks. She is also expected to account for alleged spending of $6.9 million to buy three 40-feet mobile stages for use during mass public speaking events.  The post Nigerians react to former Minister of Petroleum, Diezani Alison-Madueke ‘not being extraditable’ after acquiring Dominican citizenship appeared first on Linda Ikeji Blog.