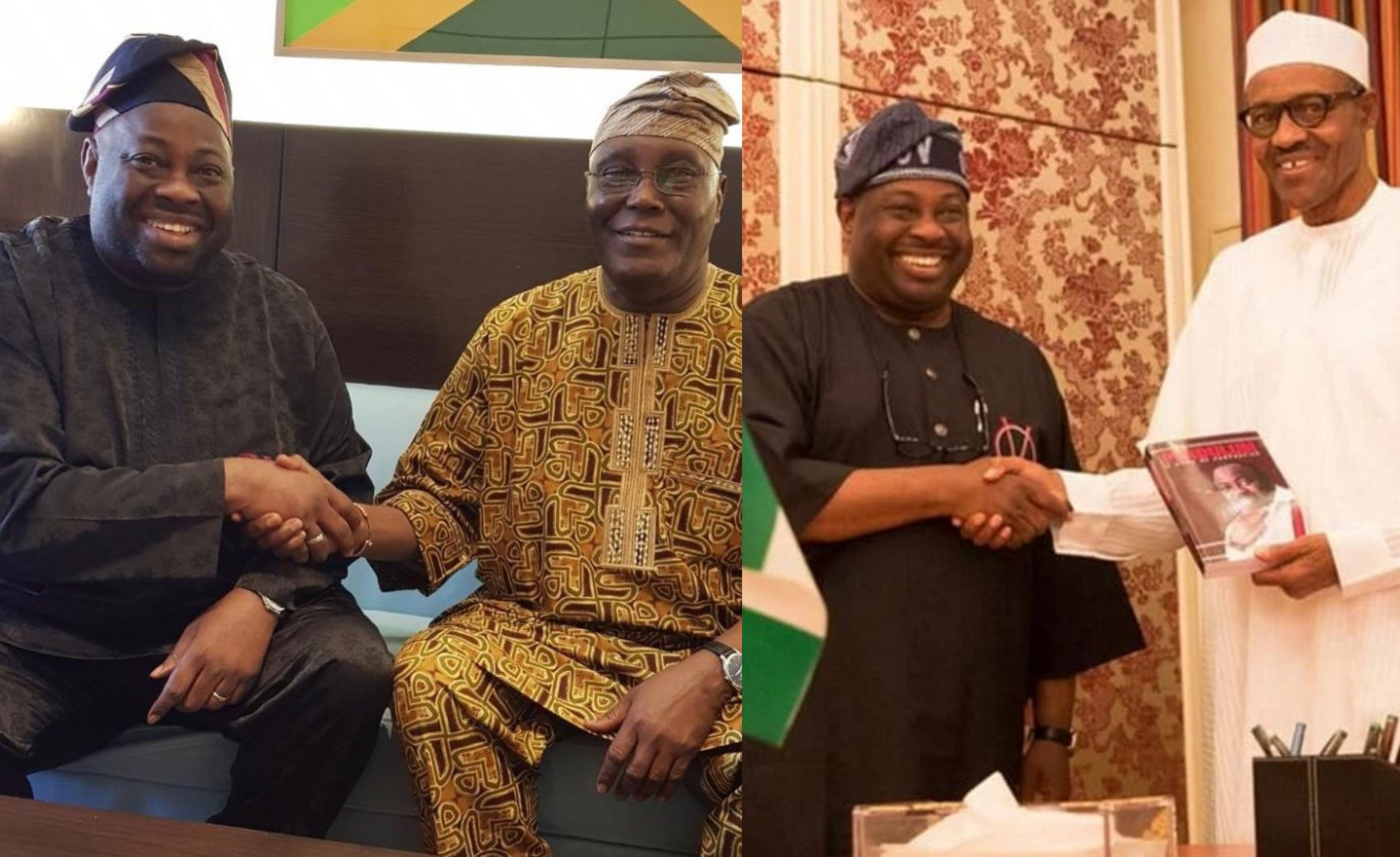 Nigerian publisher and former presidential candidate, Dele Momodu has disclosed why he switched camps in the 2019 Presidential election and supported Atiku Abubakar of the People’s Democratic Party.  Dele Momodu said in an interview with Osasu Igbinedion on The Osasu Show, that nothing was changing with the Buhari presidency which has crippled the independence of both the national assembly and the judiciary. The renowned journalist stated that Nigeria is practicing pseudo-democracy as the All Progressives Congress (APC) now controls INEC, military, national assembly and the judiciary.  Momodu said;  “I believe that the APC did not show capacity for the change that they promised when they came in 2015, and after a few interactions, interventions and writing columns upon columns, writing open letters to the president, and I could see that nothing was changing, of course, I had to try the next person. “The next person that PDP produced was Alhaji Atiku Abubakar. Unfortunately, he didn’t have the firepower because the other people already had their own template by which they were going to win the election.“They controlled INEC, they controlled the military, we saw the rehearsal from Osun state, we all raised alarm that this is no longer democracy.” Commenting on the annulment of the 1993 election, Momodu added;  “I was one of the media campaigners for Chief Moshood Abiola who was the flag bearer of the Social Democratic Party (SDP) at the time and whom we believed won the election, no doubt about that. “I was not in Nigeria when the whole saga started because Chief Abiola had sent me to Vienna, Austria to represent him and deliver a goodwill message to Chief Gani Fawehinmi who was receiving democracy award on June 11, so I was not even in Nigeria on June 12th.“I left Vienna on June 12th to London, then on June 13, I called the Concord Newspaper in Nigeria owned by Moshood Abiola and they told us that from the result they were collating from their own field officers that Chief Abiola was coasting home to victory and were hoping for the result to be ready by Monday.“So, on Monday morning, I put a phone call across to a friend in Lagos, the Publisher of Thisday Newspaper, Prince Nduka Obaigbena who said he had been trying to reach me, (because those days there were no mobile phones like now), he said he has been looking for me, that I should try and reach Chief Abiola urgently because he is going to win the election but the military will not give it to him.“I have never heard anything like that in my entire life, so I started arguing with him and said that is not possible, if he wins he wins, there is nothing the military can do. “Chief Fawehinmi flew in from Vienna that Monday to London, so I told him what Nduka had mentioned to me and Chief said it is not possible and if that happens, the military would have a tough fight in their hands.“To cut the long story short, we departed London and came in on June 16, being Wednesday, and while at the airport, the message reached us that the military had stopped the counting of the election results and were preparing for the eventual annulment.“We got back to Nigeria and the struggle started from there. Of course, I was a part of that struggle, all I had was my pen and I started firing from all cylinders from that June till the end of July when police from Force Headquarters invaded my home in the morning and took me away.” Momodu further averred that Nigeria is still practicing “pseudo-democracy” and will only be free when the military mafia decides to hand over the country to civilians.   The post I chose Atiku in 2019 election because nothing was changing with Buhari – Dele Momodu appeared first on Linda Ikeji Blog.