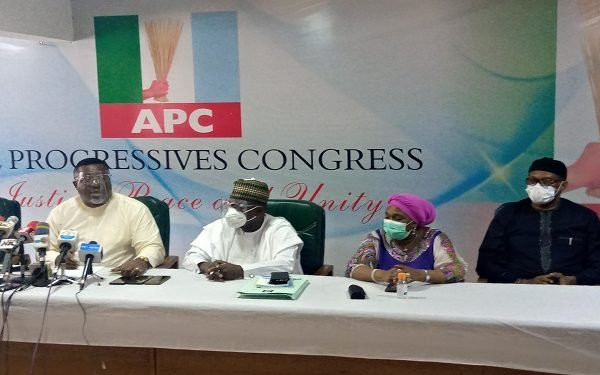 The National Working Committee of the All Progressives Congress APC, this afternoon affirmed the appointment of former Oyo state governor, Abiola Ajimobi, as the acting National Chairman of the party. This is coming hours after the National Secretary of the party, Victor Giadom, declared himself the new acting chairman of the party. In a statement posted on its Twitter handle, on Wednesday June 17, the NWC said due to Ajimobi’s unavoidable absence, the party’s National Vice-Chairman (South-South), Prince Hilliard Etta, will be acting on his behalf until he, Ajimobi, assumes office. There are speculations that Ajimobi is currently hospitalized after he allegedly contracted COVID-19. Read the statement below 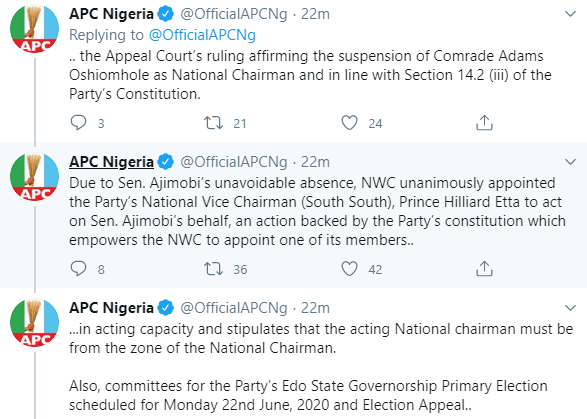 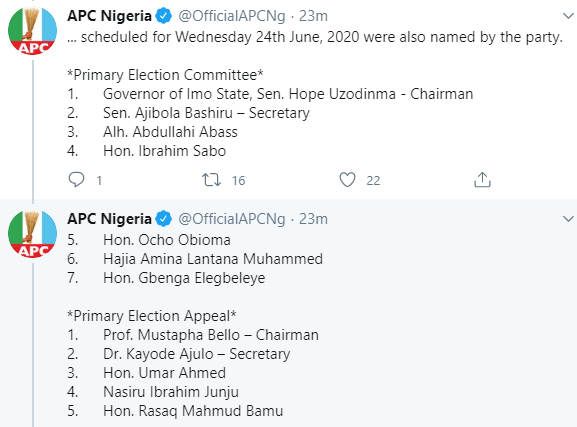 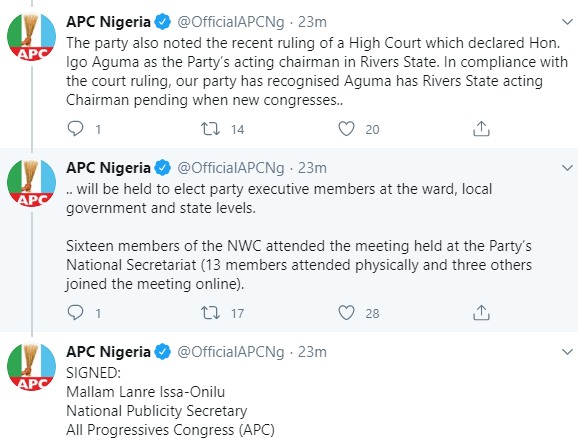