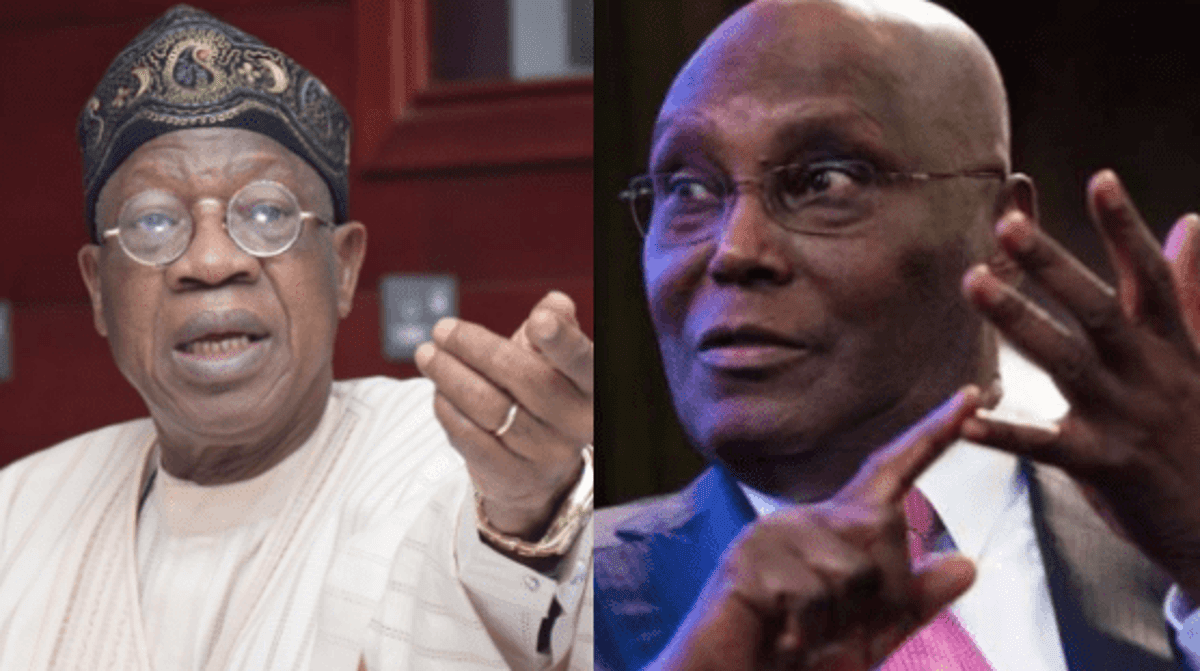 Lai Mohammed, minister of information and culture has accused former Vice-President Atiku Abubakar of spreading falsehood on Nigeria’s debt profile.  LIB reported that the former Presidential Candidate of the People’s Democratic Party (PDP), had lashed out at the federal government over the rising debt in the country.  He accused the Buhari-led administration of squandering the opportunities of future generations by bequeathing them a debt that they neither incurred nor enjoyed in his article on Tuesday June 16.  However in a statement released on Wednesday June 17, Lai Mohammed averred that the debt to revenue ratio which Atiku quoted in his article is not in the MTEF and FSP documents. He added that the former Vice President’s suggestion that debt servicing does not equate to debt repayment “is not only wrong, but ill-informed”. The statement reads in part;  “There is no doubt that former Vice President Atiku Abubakar loves our country and wishes it well, otherwise he would not have sustained his serial quest for the country’s highest position. “One can only hope that his resort to the use of such words as ‘precipice’, ‘foreclosure’ and ‘economic ruin’ does not reflect anything but best wishes for the country at this time.“We are also not able to ascertain the source of the first quarter figures of N943.12 billion for debt servicing and N950.56 billion for retained revenue, which he also quoted.“One of the reasons why debt service to revenue is high is because revenue generation in Nigeria has been low, with over-dependence on the oil sector. “This is corroborated by the fact that the ratio of Nigeria’s tax revenue to GDP is one of the lowest in the world at about 6%.The minister said the borrowings of the federal government is aimed at revamping the country’s infrastructure.“We have said that in the face of massive infrastructural decay, no responsible government will sit by and do nothing.“The loans for the educational sector will contribute to the development of our human capital while the loans for the agricultural sector will help the move to diversify the economy.” Nigeria’s debt profile currently stands at N27.4 trillion.     The post Atiku is spreading falsehood on Nigerias debt profile – Lai Mohammed appeared first on Linda Ikeji Blog.