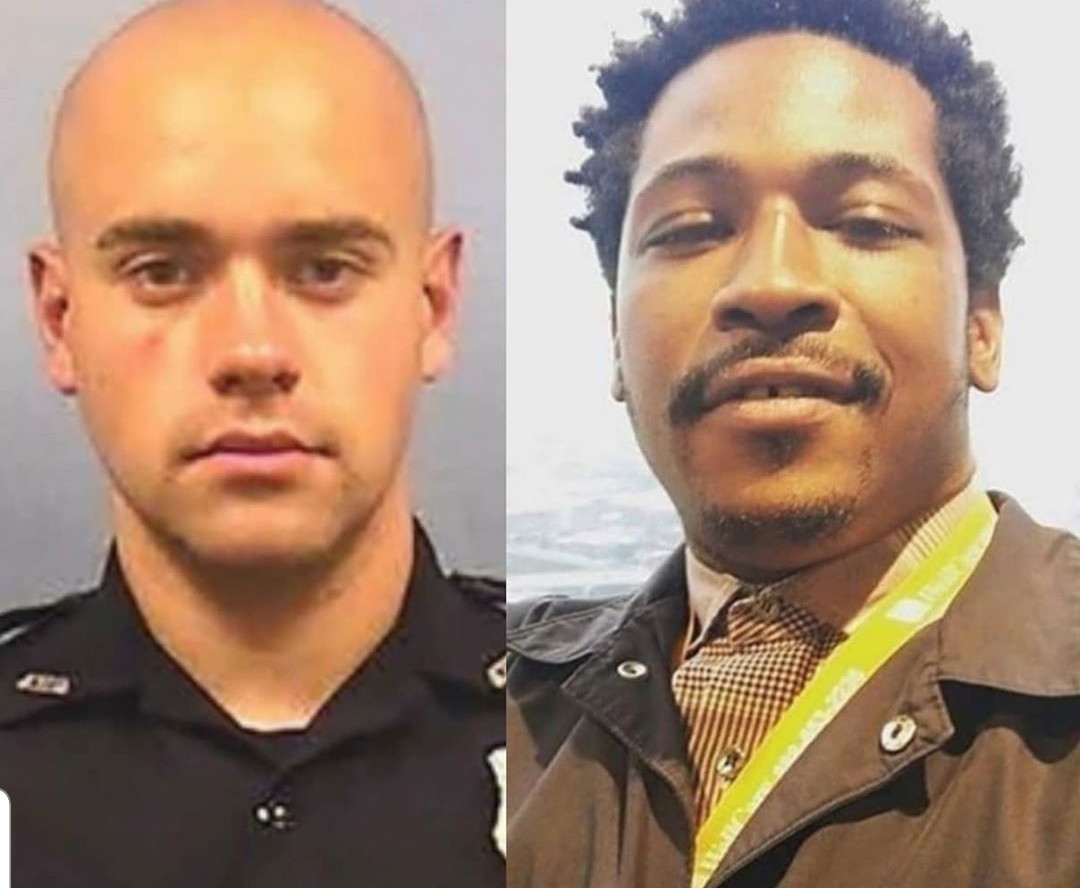 The white Atlanta police officer, Garret Rolfe who shot and killed a black man, Rayshard Brooks, in the parking lot of a fast-food restaurant will face a charge of felony murder and 10 other charges. Fulton County District Attorney Paul Howard said Garrett Rolfe, who fired the fatal shots at Rayshard Brooks, could face a possible sentence of life without parole or the death penalty. “We’ve concluded at the time that Mr. Brooks was shot that he did not pose an immediate threat of death,” Howard said. Rolfe, who has since been fired from the police department, was also charged with aggravated assault with a deadly weapon and violations of office, and other offenses punishable by decades behind bar. The other officer, Devin Brosnan, who remains with the Atlanta Police Department and has been placed on administrative desk duty, is also facing charges. Among them is aggravated assault, which carries a possible sentence of one to 20 years in prison. The district attorney said Brosnan is cooperating with prosecutors and will testify, saying it was the first time in 40 such cases in which an officer had come forward to do so. But an attorney for Brosnan emphatically denied he had agreed to be a prosecution witness and said he was not pleading guilty to anything. Arrests warrants have been issued for both men. The decision to bring charges comes five days after the officers were called to a Wendy’s fast-food restaurant. They found Brooks asleep in his car, and he admitted to officers that he had been drinking earlier. The post Atlanta police officer who shot Rayshard Brooks charged with felony murder appeared first on Linda Ikeji Blog.