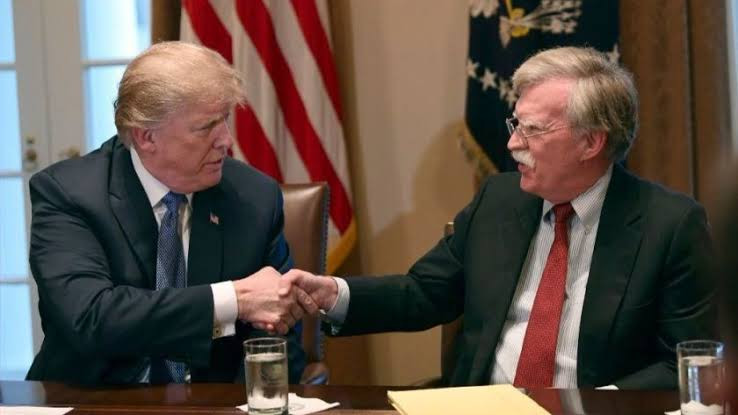 US President, Donald Trump, “tried to get China’s president Xi Jinping to help him secure re-election,” ex-National Security Adviser John Bolton has revealed in his new book set to be released next week.In details of the forthcoming book that the White House is preventing from being released by filing a lawsuit against him on Tuesday,  Mr Bolton says Trump wanted China to buy agricultural produce from US farmers thereby influencing farmers to vote for the president. Trump asked Chinese President Xi Jinping during a summit dinner last year that increased agricultural purchases by Beijing from American farmers would aid his electoral prospects, according to Bolton. 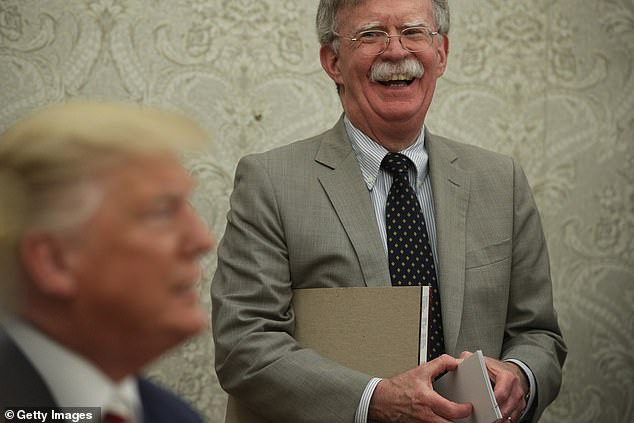 Bolton added that during a one-on-one meeting at the June 2019 Group of 20 summit in Japan, Xi complained to Trump about China’s critics in the US. He said Trump immediately assumed Xi meant the Democrats. Trump then said that there was great hostility among the Democrats. According to the book; “He then, stunningly, turned the conversation to the coming U.S. presidential election, alluding to China’s economic capability to affect the ongoing campaigns, pleading with Xi to ensure he’d win,” Bolton writes.“He stressed the importance of farmers, and increased Chinese purchases of soybeans and wheat in the electoral outcome. I would print Trump’s exact words but the government’s prepublication review process has decided otherwise.” The book, entitled The Room Where It Happened, is due to be released on 23 June and paints a picture of Trump being obsessed with re-election.The Trump administration is trying to prevent publication of the book claiming in legal documents that the book contains “classified information” . In January, the White House said it contained “top secret” details , which must be removed, although Mr Bolton rejected the assertion and has been trying to get the book vetted by the National Security Council. In the book, Bolton also reportedly addressed reasons why he didn’t testify against Trump in his impeachment trial last year. President Trump was impeached for withholding $300m worth of military aid to pressure Ukrainian President Volodymyr Zelensky into starting a corruption investigation against his election rival Joe Biden and his son Hunter Biden.The post Trump wanted China to help him get re-elected: John Bolton says in new book appeared first on Linda Ikeji Blog.