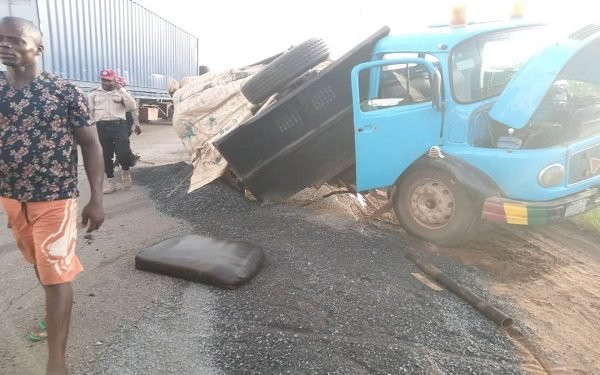 Two women have been confirmed dead while six others were injured in a fatal accident that occurred along Upper-Iweka Road in Onitsha, Anambra State on Tuesday night, June 16. 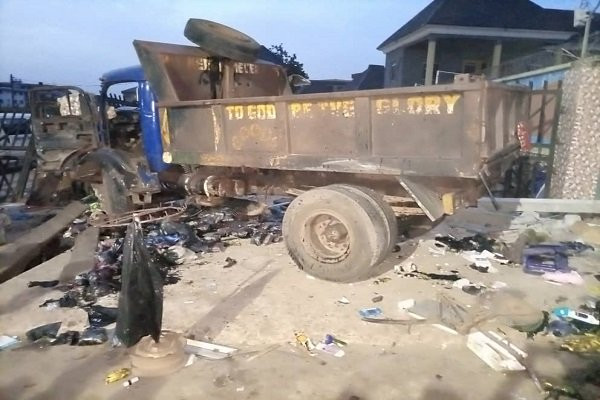 According to reports, the driver of a 911 Tipper lost control following brake failure and rammed into a motor park, leaving about eight persons with varying degrees of injury. In a statement released today June 17, the spokesperson of the state police command, Haruna Mohammed, said the remains of the women have been deposited at the mortuary for postmortem Examination, while the tipper driver has been arrested.“On the 16/6/2020 at about 6:23pm a 911 Tipper with Registration XA445NSK driven by one Okafor Patrick Ndubuisi ‘m’ aged 55 years of Ogbauru Street, Okpoko lost control while in motion along Enugu/Onitsha Expressway by old defunct NITEL Onitsha and crashed into PN Emerah park As a result, eight persons sustained varying degree of injury. “Police operatives attached to CPS Onitsha quickly mobilised to the scene and rushed victims to Toronto hospital where the doctor confirmed two female victims dead on arrival while six others are responding to treatment. Meanwhile, corpses have been deposited at the mortuary for postmortem examination and obstruction cleared to enable free flow of traffic. The Tipper driver was arrested and case under Investigation to ascertain circumstances surrounding the incident. Consequently, the Command urged the public whose relations were not seen to check at Toronto hospital Onitsha for possible identification of the victims.”Haruna said in his statement The post Two women killed in fatal accident in Anambra (photos) appeared first on Linda Ikeji Blog.